Tiny Beautiful Things, a stage adaptation by Nia Vardalos of the book by Cheryl Strayed shares the real-life letters written to Sugar (portrayed by Gwen Osborne ) and the shockingly vulnerable, empathetic ways in which she responds.

Whether you’re looking for a reminder about our shared humanity or just in the mood for a play with a lot of heart, CAMP Rehoboth Theatre Company’s production of Tiny Beautiful Things (directed by Russell Stiles) is a must see.

The play opens as she agrees to take on the role of Sugar. The benefits? No pay or byline — just sincere communication between her and the people at the end of the notes in her inbox. The letters rush in, the notification chime dinging incessantly from her laptop, and Sugar begins to read.

The stories are overtaken by the voice of one of three actors (Matty Brown, Diana Counts and Rick Welk), who are positioned around the room and flawlessly assume the identity of various letter writers, regardless of age or gender. Some writers wonder what is love and what’s it all about? Others ask: Should I share my story of sexual assault?

The play culminates in a letter from Living Dead Dad, whose 22-year-old son was killed by a drunk driver. Sugar doesn’t respond in the ways we might expect. Rather than looking down on her advice-seekers from a throne of sagacity, she reaches into herself and shares intensely personal stories — the ones layered in pain and heartbreak — and reminds her audience that we aren’t alone in how we feel. And we never have been. 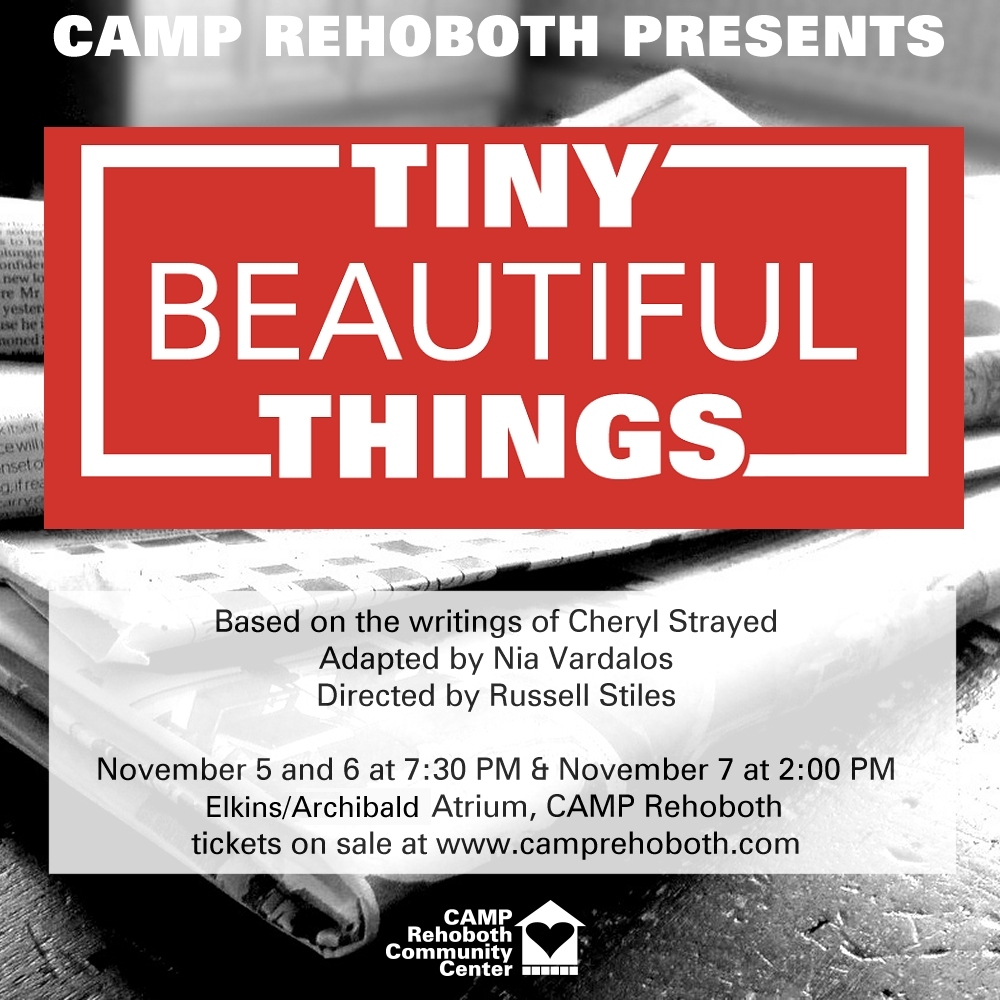