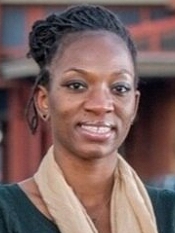 Sen. Marie Pinkney represents the 13th District, which stretches from the Christiana River south to Red Lion Road and encompasses dozens of neighborhoods along Route 13.  Raised by her great aunt in Wilmington and New Castle, Pinkney graduated from Howard High School of Technology. She earned her bachelor’s degree in social work from Norfolk State University and a master’s degree in social work from Delaware State University.

Sen. Pinkney became the first African American LGBTQ+ person ever elected to the Delaware Senate in 2020. She is dedicated to fighting the negative impacts of racial and socioeconomic inequalities, as well as the stigmas and hurdles faced by formerly justice-involved individuals and those with limited educational backgrounds. 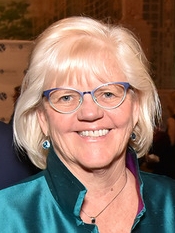 Selisse is the Founder of Out & Equal Workplace Advocates, the world’s largest non-governmental organization specifically dedicated to creating safe and equitable workplaces for lesbian, gay, bisexual and transgender people. She is currently a consultant bringing years of experience in workplace equality, strategic planning and non-profit management to aid organizations and companies internationally.

For over 20 years as Out & Equal CEO, Selisse built the global LGBTQ workplace equality movement by creating a network of multi-national companies and governments to work toward LGBT education, empowerment, and visibility.

When Selisse founded Out & Equal, only 3% of Fortune 500 companies had LGBT protections. Through the work empowered by her vision and leadership, nearly ALL companies now protect their LGBTQ employees. In the past 20 years, Selisse grew Out & Equal from a start-up non-profit with an initial grant of $25K to an annual budget of $10M. Out & Equal has impacted more than 50 million people in over 60 countries and Selisse has brought the promise of equality to employees from every part of the globe – from India to Brazil, Mexico, Spain, Italy and beyond.

Selisse was awarded the Outstanding Hero Congressional Recognition from Congresswoman Nancy Pelosi; the Parks Award in Rome, Italy, the Bonham Center Award in Toronto, Canada and has been awarded with honors from universities, corporations, media institutions, and legislators around the world. She was also awarded the Legacy Leadership Award from the San Francisco Business Times, now named the Selisse Berry Leadership Award.

Selisse serves on several non-profit boards focused on LGBTQ justice and equality. She is passionate about International LGBTQ issues and is the Board President of Safe Place International, an organization that provides support for LGBTQ refugees in Greece and Africa and other parts of the world. She also serves on the board of ORAM, supporting global LGBTQ refugees and serves on the statewide board of Equality Florida.

Selisse is the editor of Out & Equal at Work: From Closet to Corner Office, an anthology of personal stories of executive trailblazers who have transformed the workplace for LGBT people.

She has a Master’s degree in education from the University of Texas and a Master’s of Divinity degree in theology from San Francisco Theological Seminary.

She is an avid traveler and enjoys swimming, walking, the arts and sharing meals with friends. She currently lives in the San Francisco Bay Area. 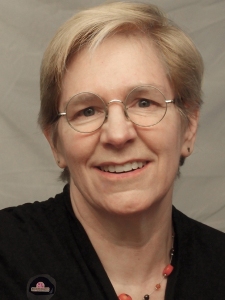 Liz Bradbury has been a prize winning, gallery exhibiting artist for over 50 years. She was a faculty professor at State University of New York, where she was Director and lead faculty member of the Jamestown Artisan Center.

Bradbury is also an LGBTQ activist who has worked for the rights of the community continuously. She is currently Director of the Training Institute of the Bradbury-Sullivan LGBT Community Center, presenting over 125 LGBT Cultural Competency Trainings (to over 7000 people) in the last 3 years. 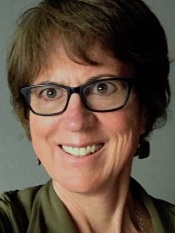 A nationally recognized thought leader on women, gender, and sports, Mariah Burton Nelson is the author of seven books, including The Stronger Women Get, The More Men Love Football. A former Stanford and professional basketball player, she has written about sports for The New York Times, The Washington Post, USA Today, and many other publications; has given keynotes to hundreds of audiences; and has appeared on Today, Good Morning America, Dateline, Nightline, and many other shows. Now an artist focusing on grief, gender, aging, and ancient artifacts, she lives in Arlington, Virginia, and Rehoboth Beach, Delaware with her wife, Katherine. 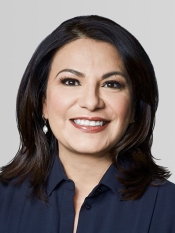 Patti Solis Doyle is a veteran political advisor and commentator, with more than 30 years of experience in politics, presidential campaigns, and public service.

She was the campaign manager for Senator Hillary Clinton’s presidential bid in 2007-2008 and managed her Senate re-election campaign before that. She also served as chief of staff to the First Lady’s first Senate campaign. Before that, she served as a senior advisor to Hillary Clinton throughout Governor Bill Clinton’s campaign and two terms in the White House. 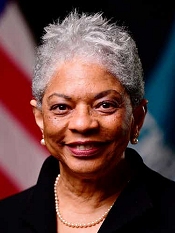 Saundra Ross Johnson was appointed by Governor Carney to serve as Director of Statewide Equity Initiatives. The newly created, appointed position will work across executive branch agencies and serve as a senior advisor to Governor Carney on issues of equity, diversity and inclusion.

In 2017, Johnson became the first Secretary of the Delaware Department of Human Resources (DHR), which was created to manage issues important to state employees. Johnson led the development of a statewide anti-discrimination policy at DHR, and previously served as Director of the Delaware State Housing Authority (DSHA).