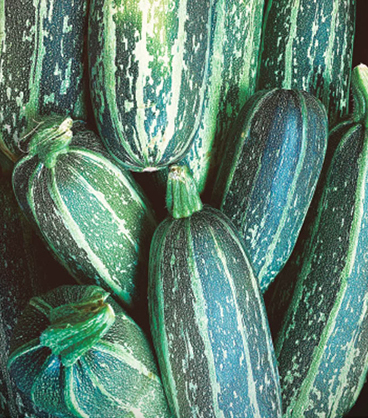 You Say Tomato, I Say Enough

Cubby eyes the bowl I’m carrying in from the backyard. It’s overflowing with Black from Tula tomatoes.

Last week, we had no tomatoes. At least not in the house. The tomato plants in the back garden, however, have been covered in fruit for a while now. We enjoyed looking at them and congratulating ourselves on successfully growing something edible. These are plants that I started indoors from seeds. Now they’re six feet tall and form a jungle in the plot allotted to them.

And now the tomatoes are ripening and we have to do something with them. The problem is, we’re already kind of weary of them.

I realize this is not an unfamiliar problem to people who grow vegetables. Every year, excited gardeners plant seeds, or buy seedlings and think about how exciting it will be to have things to eat from our very own gardens. We talk about how the vegetables will taste so much better than those found in stores, and about how much money we’ll save growing our own food. We envision making sauces and salads, of canning this and that to enjoy over the winter. We picture ourselves sharing our bounty with friends.

At first, it’s thrilling. Watching plants grow is a delight. Seeing the first flower buds appear means vegetables are coming soon! Maybe we pull the first carrots or beets from the ground, marveling at their beauty. Possibly we collect lettuce leaves, or dill right in our own backyard gardens, and it’s all so natural and wonderful that we have to lie down for a little bit to recover from the sheer joy of being farmers.

Inevitably, though, we realize that, just maybe, we have overestimated just how many beets we can eat. We watch the zucchinis piling up on the kitchen counter, and eye with a bit of dread the baskets of green beans that threaten to overflow onto the floor. Fresh tomatoes are lovely indeed, but at every meal?

And so, we begin to give some of it to friends. And friends-of-friends. Anyone who will take it, really. “Hey, would you like some Black from Tula tomatoes?” I ask our neighbors. “They’re an heirloom variety. Originally from Ukraine,” I add, hoping this shameless pandering to their sympathetic natures will guilt them into taking the 78 tomatoes that lurk inside the paper bag I’m holding out.

If I’m lucky, they simply admit defeat and take them. More commonly, however, they exact revenge by accepting my tomatoes and, before I can beat a retreat, thrusting into my hands something in return. “We have so many peppers this year!” they exclaim, and I’m forced to smile and pretend that peppers are precisely what I’ve been missing from my life.

The problem with the tomatoes is that they’re happening all at once. And this is the problem with gardens in general. In your head you imagine having things to eat all summer long. And yes, this can happen. But only if you’re one of those people who thinks things through and plants a combination of things that ripen at different times. I am not that person. So, what happens to me is that there’s basically a two-week window during which everything has to be harvested and dealt with.

“You could make them into sauce,” my friend Marty suggested. “Or pickle them. Or just can them.”

Marty is a person who both plans his garden and knows how to deal with the things he’s planted when it’s time to pick them. He builds entire days around canning. His pantry is filled with jars of vegetables he’s put up. Everything is labeled and dated. A single glance inside his shrine to all-things-homemade will crush your self-esteem into dust.

“Or I could just give them to you, and you could do all those things,” I said.

“Nice try,” he said as he pushed me out the door. “Oh, and here. Take these summer squash with you.”

I wish I could be somebody who cans vegetables. I do. But I also know that I am not. I also should probably never have started those tomato seeds in the first place. But in the middle of February, when I got the idea, it seemed reasonable. It also seemed reasonable to plant all 23 seeds in the packet, every last one of which germinated and turned into a sturdy plant. I managed to pawn off a bunch of them on friends, but I still ended up with 14. And as I now know, 14 tomato plants is a lot.

I want to say that I will not make the same mistake next year. But we all know this is a lie. If anything, I will plant more things. So don’t be surprised if you come outside one morning and find a basket of radishes on your porch. You’re welcome. ▼