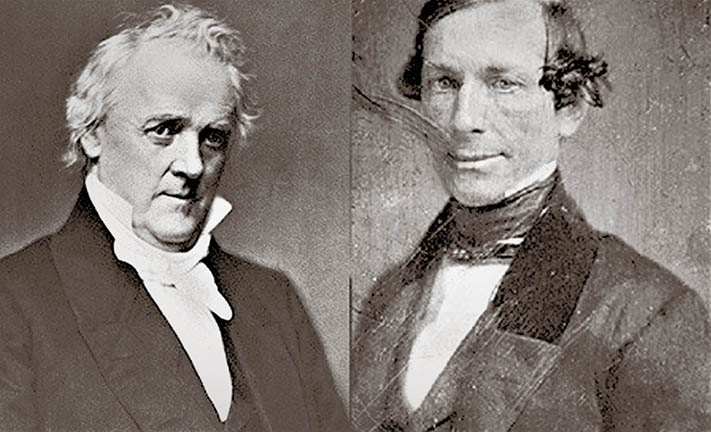 Did They or Didn’t They?

Remember how excited we were at the possibility of Pete Buttigieg becoming the first gay president? Or, short of that, of possibly being selected to be the first gay vice president? Well, the first “out” Prez or Vice Prez, anyway.

But it turns out that even if dear Pete had attained either of those exalted positions, he may not have been the first gay man to occupy the White House. Rumors have persisted over the last century-and-a-half that James Buchanan, the 15th President of the United States (1857-1861), and Alabama politician William Rufus DeVane King, briefly the 13th Vice President (serving a few weeks in 1853 prior to his untimely death), were lovers.

The rumors started before either man achieved the presidency and vice presidency. While both were serving in the US Senate (Buchanan, the senator from Pennsylvania; King, the senator from Alabama), they lived together from 1834 to 1844 in a Washington house that was often home to a number of congressmen, an arrangement common at the time. But as various congressmen departed, either due to election defeat or to their own private accommodations, only Buchanan and King remained. Washington wags took notice, with luminaries as noted as Andrew Jackson, among others, calling the pair “Miss Nancy” and “Aunt Fancy.”

Aaron Venable Brown of Tennessee, previously the state’s governor, a three-term congressman, and Postmaster of the United States, referred to King as Buchanan’s “better half” in a letter to Sarah Polk (widowed wife and First Lady to 11th president, James K. Polk). And according to Thomas Balcerski’s article for the Smithsonian, the pair were even referred to as “Mr. Buchanan and his wife.”

Seen through the politics of our own fraught time, we might assume that the Buchanan-King liaison—which took place during another fraught time history: the inflamed politics of Antebellum America immediately before the start of the Civil War—was between two minds, hearts, and souls with sympatico political beliefs. But that assumption would not be altogether correct.

Buchanan, though a northerner, was derided by northern abolitionists as a “Doughface,” an insulting term for a northerner who harbored southern sympathies. As a senator, Buchanan believed there was constitutional justification for the South’s imposition of slavery. Moreover, he did not object to southern secession; as president he did nothing to stop it when southern states began to secede toward the end of his term in 1861.

King, on the other hand, as a southerner, naturally believed in states’ rights, and like Buchanan, believed in the legality of slavery. But unlike most southerners, King did not support secession. He supported the Unionist position.

The two men were opposite in personality, too. King was the more polished, a southern gentleman in every way. Graceful in attitude and movement, many Washington gossip meisters labeled him effeminate. Buchanan, the Yankee born in a log cabin in rural Cove Gap, Pennsylvania, was more a Hail Fellow Well Met, more boisterously friendly, known to enjoy hearty rounds of drinks with politician pals.

The speculation about the nature of the relationship of Buchanan and King was rampant then and continues to fuel debate among historians today, with books and articles examining both sides of the issue. The stronger arguments appear to be in defense of a homosexual affair, though it is by no means settled. Unfortunately, many of Buchanan’s and King’s letters to each other were destroyed after each of their deaths (King’s in 1853, Buchanan’s in 1868). But enough remain to give us a glimpse of the depth of feeling the two men had for each other.
There’s further speculation that the nieces of Buchanan and King together agreed to destroy what letters they each possessed in order to deny their uncles’ homosexual relationship, and thus protect their reputations for posterity. On the other hand, there is also mention that the nieces had nothing to do with the loss of the letters but that a great many were lost in a fire.
So, a century-and-a-half later, the question remains: did they or didn’t they? ▼ 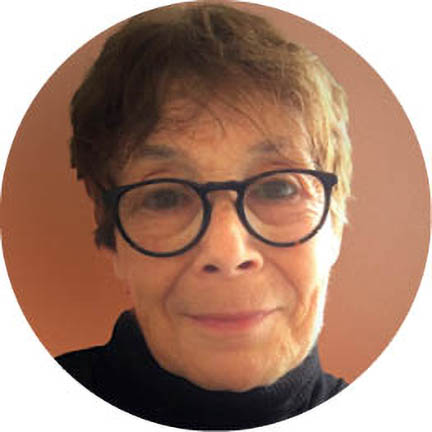