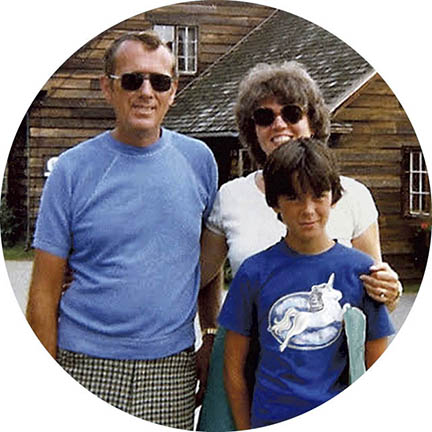 A friend from my teenage years recently posted on social media one of those “You know you’re from X when…” things. One of the items was “You did your back-to-school clothes shopping at Herb Philipson’s.”

Instantly, I was transported back 43 years to August of 1978. I was almost 10 and about to start the fifth grade at a new school. My father, recently retired, had moved us from a city back to the very small town in which he’d grown up. The next week, I would walk through the doors of the same school my parents had attended.

In preparation, my mother took me shopping. Our destination was Herb Philipson’s, a store in the nearest city. When we walked in, I saw a space filled with overalls and Dickies, sturdy, sensible clothing made for people who lived and worked on farms. I walked around, looking for something that was more my style, but the selection was limited. Eventually, I wound up with a few pairs of pants and some boring but utilitarian shirts.

My mother, sensing that I was disappointed, then took me to the mall. There, we went to the store where you could pick out iron-on transfers to put on t-shirts. I chose one featuring a unicorn that appeared to be in flight, surrounded by a cloud of glitter. Unicorns featured heavily in my imagination in those days, and I loved it. After that we went to the drugstore, where I selected a green Trapper Keeper, the recently launched binder guaranteed to keep even the messiest student organized.

On the first day of school, I walked into Mr. Page’s homeroom wearing my unicorn t-shirt and carrying my Trapper Keeper. Approximately five seconds later a boy pointed at me, snorted, and said, “Nice unicorn, fag.”

It was not an auspicious beginning. Our school was a small one, with kindergarten through twelfth grade in one building. Most of the students had gone there their whole lives, moving together through the grades and developing the friendships and enmities that come with constant togetherness. There was nowhere to hide, and once you were singled out as being different, life was never the same.

The unicorn t-shirt, which I never again wore to school, was only the first of many fashion blunders I would make. I quickly discovered that the brand of jeans I wore was wrong. Then there were the boots I wore to school on the first snowy day, only to discover that a girl in my class was wearing the same ones, which made mine a point of shame. Eventually, I wore only clothes handed down to me from my older cousin, Jay, because they had passed the test and were therefore safe.

Oh, I almost forgot the Trapper Keeper. That turned out to be suspect as well. Boys didn’t use such things. According to my classmates, I might as well have been carrying a purse. “Do you keep your lip gloss in that thing?” one of them asked, earning himself laughs from his friends.

I hadn’t thought much about that first day until my friend’s post. Also, coincidentally, I recently found a photo of myself wearing that unicorn shirt. Looking at 10-year-old me, I thought about how something so seemingly unimportant as an image on a t-shirt could determine how a person was identified. I like to think that there were no lasting effects from that moment, but then I thought about how I recently was looking to replace my favorite shoes, a pair of Haflinger wool clogs that were the most comfortable pair of shoes I’ve ever owned. I wore them daily, everywhere, until they fell apart.

The pair I had was brown. I thought it would be nice to get a different color this time. I was about to order a pair of black ones when I noticed that they also came in red. Red, I thought, would be really cheerful on winter days. But when I clicked on them, they were out of stock in my size. I went to another site that sells Haflingers and found them. Only this time, they were listed as “women’s.”

Haflinger shoes are, by their own description, unisex. But the fact that this site listed them as women’s shoes gave me pause. “Don’t be ridiculous,” I told myself. “They’re shoes. And you like them. Just get them.”

But suddenly I couldn’t stop thinking about that winter day when I came to school wearing the same boots that Elizabeth DiTata was wearing. I heard the taunting voices of four decades ago and saw the smirks on the faces of my classmates. I went back and ordered the black ones.

Now, thanks to my friend’s post, I’m thinking about that 10-year-old boy who was made to feel ashamed of something that made him happy. I may order those shoes after all. And maybe I’ll find a unicorn shirt to go with them. ▼