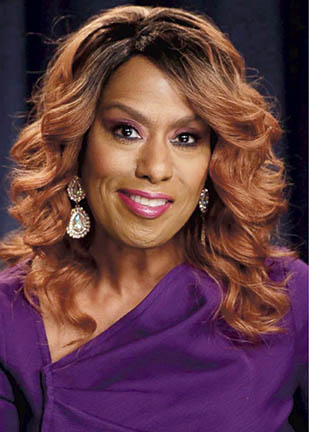 Pivoting has been the name of the game for so many of us in the past year and a half; that’s true for CAMP Rehoboth, as well. This year marks the first Sun Festival—one of the most spectacular events to hit Rehoboth Beach, with a week of celebration that extends from August 29 to September 5. On Saturday night, September 4, Tony Award winner (as a member of the original Broadway cast of Dreamgirls), recording artist, and activist Jennifer Holliday makes her Rehoboth Beach debut for a very special appearance and performance.

Ms. Holliday’s first visit to Rehoboth Beach provided the opportunity for a lengthy and wide-ranging chat with this LGBTQ icon, so we sat down and chatted about her upcoming visit to Rehoboth. We also discussed the onset of the AIDS epidemic as Holliday was reaching career heights on Broadway (and how the two intersected), the roles she would love to take on, and what lessons the past year and a half have taught this superstar and advocate.

Jennifer Holliday: Believe it or not, yes, it is! I am so excited to come to Rehoboth Beach for the first time!

MC: When did you know that the LGBTQ community truly had a great deal of love for you?

JH: Well, that is two-fold. It wasn’t just a love for me, it was a love for Dreamgirls. Unfortunately, AIDS had just arrived at the same time that Dreamgirls opened. At that point, it did not even have a name. At the time, lots of people were dying; most of the male cast and creative team of Dreamgirls died of AIDS.

On one hand, the community’s love and support for the show had already started because they were supporting us. It was like Dreamgirls—every drag queen was able to impersonate us because they had not seen anything on Broadway at that time. Now there are plenty, but 40 years ago there were not. They immediately grabbed hold and supported us.

Right in the midst of our great success comes our great heartache, connecting with them. Myself, Sheryl Lee Ralph, and some of the others were on the phone asking people to come collect their loved ones. Back then, a lot of people were still in the closet, so a lot of parents said that not only did they not know that their children were gay, but they did not want them.

That started the love affair with Dreamgirls, and then out of that, because I just feel that the gay community is just faithful and devoted, I was able to transfer from that. I am the only one that went on to do music right away. That is when I started playing the Paradise Garage, Splash, and a lot of those gay clubs that I played at three or four o’clock in the morning, and at the Paradise Garage the showtime would be five a.m.! Through me still singing after Dreamgirls and being the only one who went into a recording career, that allowed me to be even closer to the community. I played a lot of those gay clubs and bars. The community remains loyal; they are one of those communities and they will always come out and support you.

MC: Speaking of your music, your musical catalog is an entirely different legacy. Whether it’s “No Frills Love,” “A Woman’s Got the Power,” or “And I’m Telling You I’m Not Going,” dance floors continue to be packed when a Jennifer Holliday track is played. Is it surreal to see fans hit the dance floor to your singles still to this day?

JH: It is very nice. Now with social media, I get tagged often with people doing different routines, especially to “A Woman’s Got the Power.” They will send different ones and tag me, either with people competing to it or doing a routine. It has surprised me that that one has carried on because music has changed so much. The gay community is just a faithful community.

MC: So many Broadway performers put their stamp onto so many roles throughout their career. Is there any role that you would absolutely love to take on?

JH: Dreamgirls was phenomenal, but again, it was 40 years ago. You do keep looking and searching for something that would be perfect. It would be great if I was able to have a new type of show, but if I wanted to go back in time, I would love to do Mame. It lends itself to where the cast could be all different colors. She was worldly and the cast could be all different colors. I would also love to do Gypsy, but that would be harder because my children would have to be Black and I don’t think the story would work as well from that era. I love that score from Gypsy, though. Mame—I have sung “If He Walked into My Life” many times; that is a beautiful score as well.

MC: So much has changed in the past year and a half, but after your visit to Rehoboth Beach, what is next for you?

JH: Unfortunately, not all indoor industries are back just yet. I have a lot of things in the fall, and had some things for Los Angeles, but some people have said that they still may need to stream. It is okay to stream, but if you still have to have fewer people in the audience, it is a different kind of feeling. With the new vaccination campaign, hopefully by late October we will be able to celebrate!

JH: (Laughs) No, I cannot cook, I wish that I could! I don’t know if there is anything that anybody doesn’t know about me in terms of what is interesting about me. People have asked me why I haven’t written my book yet; I tell them it’s because I’m really boring. I don’t have a lot of juicy things to put in there. My life has been to sing and to be on stage. Even at the age of 60, I am kind of looking now to get a lot more out of life. I know that I am late, but I am grateful that I still have something to look forward to.

As for something that I have not done? I have not been in an actual movie. I am going to be doing my first independent movie, it is called The Road to Galena. I am excited about that; it is my first non-singing role and my first acting role for a movie. That takes care of my fall, and then I start the new year off with concerts. I have a residency at 54 Below and I will start there. I am so excited to look toward the future, to performing, with some things on hold. It’s hard to dream and plan when you have to say, “we’ll see.”

MC: Is there a lesson that you have taken from the past 15 months that we as a country have gone through?

JH: There are so many takeaways from this, but the greatest lesson for me is that we take so much for granted. That things are going to just always go as planned. Not that we didn’t know that before, but more than ever before now, we have a much bigger appreciation and gratitude for life and for living. Unfortunately for my job, it does require people. So therefore, it is how much more I appreciate the opportunity to do that.

Michael Cook has been a part-time resident of Rehoboth Beach for over a decade. He is currently a contributor to Instinct Magazine, World of Wonder’s WOW Report, and South Florida Gay News. In between interviewing copious amounts of Real Housewives and RuPaul’s Drag Race queens, he has interviewed Liza Minnelli, Andy Cohen, RuPaul, Wendy Williams, and Debra Messing among others. Michael can be found on Instagram: instagram.com/cookie74/?hl=en