The Fight Isn’t Over 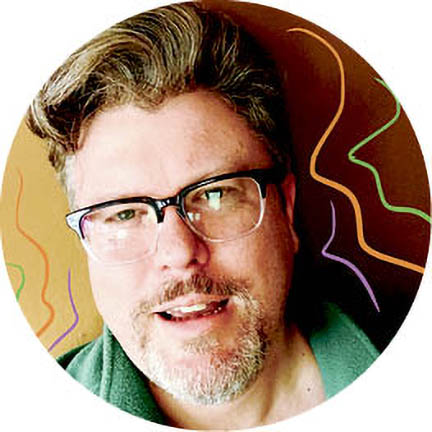 I don’t know if Summer 2021 is the best summer I’ve ever had, but compared to last year, it seemed like heaven. I saw a lot more of my friends this summer; of course, I had a few awkward conversations to ensure that they were vaccinated before I agreed to meet them, masks off, indoors. But lucky for me, every single one of them enthusiastically informed me that they’d received their shots and were equally curious about me.

When I was at home this summer, I wasn’t turning on my television to see stories about a lawless president nominating a hateful, anti-gay justice to the Supreme Court, or even in retirement, seeing his tiresome tweets on my screen. In so many ways, this year was so much better than 2020 that it’s tempting to breathe a sigh of relief, like it’s the last three minutes of a summer action blockbuster where the world has been well and truly saved, and the heroes can resume their normal lives.

It’s tempting, but it’s an illusion.

On August 2, the state of Tennessee passed a law that could levy fines from $1M to $5M on school districts who teach its students about systemic racism, white privilege, or sexism. Under the new law, teachers could be disciplined—up to and including losing their licenses—if they knowingly or unknowingly make any white student feel “guilt or shame” because of the way white people have behaved in the past.

While the law is fuzzy on what precisely can or cannot be taught in class (although one presumes a truthful rendering of US history, including the horrors of slavery, is banned), the law is eerily specific on what actions a current student, parent, or employee can take against a teacher or superintendent if they “feel” that the curriculum has not protected the sensibilities of their white pupils in a former slave state.

It might be easy to dismiss this news. I don’t live in Tennessee, you might say, and they’ve always been racist down there; what’s the big deal. Or perhaps it’s easy to keep this news at a distance because you don’t have any small kids, so it doesn’t concern you.

But this should concern all of us. “As of July 15,” says Education Week magazine, “26 states have introduced bills or taken other steps that would restrict teaching critical race theory or limit how teachers can discuss racism and sexism,” and “[eleven] states have enacted these bans, either through legislation or other avenues.” For those keeping track, 26 is over half.
Furthermore, if these bills pass unchallenged, there’s no reason to believe that this will stop at 26 states, no reason to suppose this will end with K-12 education, and no reason to think that the conversation will only deal with race. Soon, colleges and workplaces may be barred from teaching students and employees about implicit bias. If you’re gay, lesbian, bisexual, transgender, or non-binary, this could have an impact on you and your career whether you happen to be Black/Brown or not. If you don’t think we could be talking about redacting Stonewall from US history next, you’re wrong.

This movement, to protect white people’s feelings from the objective truth, is downright Orwellian, and it should motivate all Americans to action. We need people in these 26 states to write their state legislators, and take to the streets in protest (psst, my Pennsylvania peeps, I’m talking to you now—in June, PA State Rep. Russ Diamond introduced a bill to your state legislature that would limit the actions of teachers and ban guest speakers or textbooks that advocate what he called “racist or sexist concepts”).

We need workplaces, especially large organizations headquartered in these states, to state that they don’t want their future workforce to be comprised of ignorant workers who have been denied the opportunity and challenge to wrestle with the real and unvarnished history of this nation and are therefore prepared to not perpetuate the wrongs of the past. We need media and entertainment companies to create PSAs about “History They Won’t Teach You in School” and place them in front of kid-focused videos on YouTube, especially in the seven states that have already passed laws that ban the teaching of history.

Finally, if you’re white and you’re still reading this, you can do one more thing—without even getting up from your chair. You can do your own work. Read about the history of this country (trust me, you didn’t get the full story, either), and how systemic racism continues to benefit you today and every day. Wrestle with whatever unpleasant feelings this may create, and let them motivate you to use your privilege ethically and responsibly. This is no time to rest. ▼

Eric Peterson is a novelist, podcaster, and DEI (Diversity, Equity, and Inclusion) practitioner. His debut novel, Loyalty, Love & Vermouth will be released in November 2021.