The Gay Games of Summer Are Here 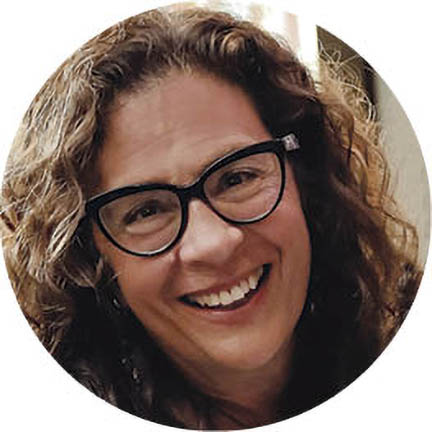 No, not those Gay Games. But rather, these Olympic gay games. As in a funny thing happened on the way to Tokyo. Apparently, everyone dove into the pool, leapt over the hurdle, and double Yurchenko’d right out of the closet—and stuck their landing! Yes, the Tokyo Olympics are the newest, gayest game on the block.

Is it a result of where the world’s been moving, or an outgrowth of the isolation created by the Year of COVID? I don’t know. But I do know it’s been quite an amazing sight to watch.
As I sit there, mesmerized by our diversity, I realize we’ve come a long way.…

Almost no one born before 1981 had any gay athlete role models (other than the tennis great Bill Tilden, but sadly he died in 1953, so quite the gap).

But in 1968, army physician Tom Waddell competed in the decathlon in Mexico City, finishing an impressive sixth. And Tom Waddell not only lived as an openly gay man, but following the Olympics, he became one of the moving forces to build the Gay Games—a dream achieved in 1982.

This ironically followed so close behind the ugliness of May 1981, when Billie Jean King was outed, losing, within 24 hours, every single endorsement she had. Later that same year Martina Navratilova would come out as a gay woman. No endorsements there either.

To provide perspective, even Johnny Weir did not formally come out—until 2011!

It would be 2013, when Jason Paul Collins said, “I’m a 34-year-old NBA center. I’m Black. And I’m gay,” that finally we had a single player in any of the “major four professional sports” who would make that statement. As a matter of fact, it was just this June that Carl Nassib became the first active NFL player to come out as gay. And a few weeks later, this past July, Luke Prokop became the first active NHL player to do the same.

…In a very short time.

We used to be outed. Now we are out and we are proud.

In 1988, Robert Dover made history as the first openly gay athlete to compete. An equestrian, competing in…dressage…he identified himself as “the token Jewish gay boy on the US Olympic Team.”

Today, Dover’s legacy endures as Edward Gal and Hans Peter Minderhoud, who have been together for over a decade, compete for the Netherlands. When asked if his sexual orientation has caused him to be treated differently in equestrian, Minderhoud said, according to FEI, “…in our sport, it’s not an exception being gay.”

And that is what makes Tokyo so special. It’s no longer about that one sport, that one athlete, that one courageous moment of standing alone. In a world that still wants to deny us our basic rights, they can no longer “cut away to a commercial” and edit us out of the picture.

A global audience saw Britain’s Tom Daley (who came out in 2013) winning gold, crying and smiling and talking about how he came back because his husband, Dustin Lance Black, told him his story wasn’t finished; that their child needed to be there to watch him win an Olympic Gold Medal. And so, he has!

And just like that, horizons broaden, world views expand.

The Tongan swimmer Amini Fonua is openly gay and a national hero in a country where homosexuality is illegal, punishable by up to 10 years in prison.

Host country Japan, a nation of 126 million people, has zero openly LGBTQ Olympians. Yes, the gayest games on record are being held in a country where same-sex marriage has not been legalized. There’s very limited legal recognition for same-sex couples and few protections against discrimination in the workplace or in public.

And Japanese law requires transgender people to be surgically sterilized if they want legal recognition of their gender identity.

So if competing for an Olympic gold isn’t tough enough, imagine being transgendered Canadian soccer player, Quinn, or transgendered New Zealand weightlifter, Laurel Hubbard. Just think of the emotional defiance of their journey.

Now, as we reach our deadline and go to press, we’re feeling a new day steadily making its way over the horizon. A day in which, if we were our own country, flying our rainbow flag, we, the United Nations of LGBTQ Olympians, would audaciously rank 14th in Medal Wins.

And, just between us, when the Olympic committee allows Drag Volleyball in as an official sport, that gold is ours! Yes, Sunday of the Labor Day weekend approaches, and don’t tell our Olympians, but we know Rehoboth Beach Drag Volleyball is always the Gayest Game of Summer. ▼