Almost ready for the holidays, except for those few tricky gifts that you just can’t seem to figure out? How about books? For starters, they’re just so easy to wrap….

Just remember—like everything else, books can change: titles may differ, covers may differ, some may be available in many formats. So be aware as you fulfill your book-lovers’ gift lists, and ask your bookseller or librarian if you have any questions. 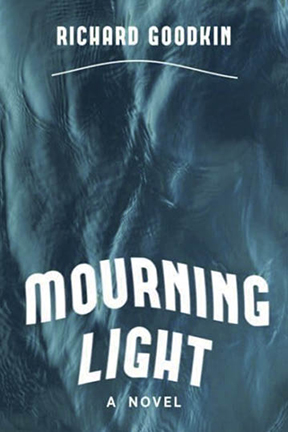 For the person on your list who loves dark, gothic romancey-mysteries, wrap up Mourning Light by Richard Goodkin. It’s the story of a man who can’t let go of the guilt he feels since his lover died. Coincidentally, that death happened on the exact same day he met another man that he can’t stop thinking about.

The person on your gift list who loves a good memoir will want to read A Place Called Home by David Ambroz. It’s a tale of homelessness, foster care, coming out, and how sheer determination put that all in one man’s past.

Until recently, there really haven’t been a lot of books about bisexuality, which is why you might want to give Bi: The Hidden Culture, History, and Science of Bisexuality by Julia Shaw to someone special. There’s a lot to know about the subject, from genetics to legalities; celebrities to monogamy.

The trans reader on your gift list will want to own Fat, Crazy, and Tired: Tales from the Trenches of Transformation by podcaster Van Lathan, who writes that being fat was harder than being Black. Needless to say, this book is funny and inspirational, and your giftee will love it.

Novels
For the giftee who likes novels with a twist, wrap up The Storyteller’s Death by Ann Davila Cardinal. It’s the tale of a girl who learns, at age 18, that she’s a “storyteller,” which is something that’s passed down through the women of her family. But this blessing turns out to be a curse when she sees a murder that happened long ago. Pair it up with The Strange Inheritance of Leah Fern by Rita Zoey Chin, also a story of a young fortune teller and a vision she may or may not have wanted.

The person on your list who loves to people-watch and connect with, well, everybody will want Iona Iverson’s Rules for Commuting by Clare Pooley. It’s the story of an advice columnist who amuses herself during her commute by watching the other people on the train—until the day something happens and commuters suddenly become something more. Pair it with Has Anyone Seen My Toes? by Christopher Buckley, a hilarious novel about life during a pandemic when one’s health is the least of one’s worries.

The reader on your list who loves to laugh will thoroughly enjoy Random by Penn Jillette. It’s the story of an almost-21-year-old who inherits a pile of debt from his horrible father, and it’s due to the (even more horrible) loan shark when the guy turns 21. Will a roll of the dice eliminate all his problems? Lucky is the person who gets this book, to find out. 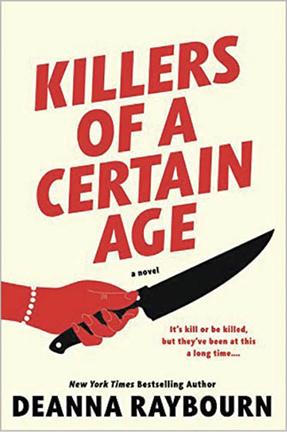 The person on your list who is Of a Certain Age will absolutely love getting Killers of a Certain Age by Deanna Raybourn. It’s a thriller-mystery about four women who’ve worked as assassins for decades but suddenly, everyone thinks their methods are outdated. They’re sent “on vacation” but it’s really no vacation. How do they get out alive?

Arts & Entertainment
The music lover on your gift list will absolutely want Loud by Tana Douglas. It’s a memoir of rock & roll, working with the band (Douglas was the rock world’s first female roadie) and yep, there’s plenty of behind-the-scenes. Your giftee won’t be able to resist.

For your media-obsessed giftee, It’s Not TV: The Spectacular Rise, Revolution, and Future of HBO by Felix Gillette and John Koblin is a nice eye-opener and a look at how we watch television, even in an age of streaming.

If there’s a board-game lover on your holiday list, then wrap up A Game Maker’s Life by Jeffrey Breslow (with Cynthia Beebe). It’s the story of a game-maker, for sure, but there’s plenty of insider info to make any player smile.

The Hollywood watcher on your list will be happy to receive the great Hollywood memoir: Waxing On: The Karate Kid and Me by Ralph Macchio. More from Hollywood: surely your giftee will love opening No Filter by supermodel Paulina Porizkova. 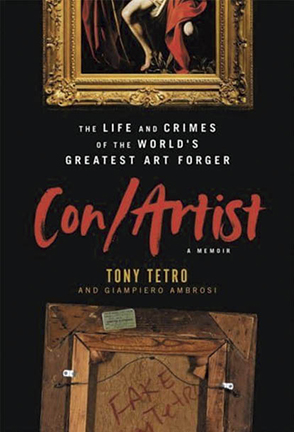 And for the art lover, put Con/Artist: The Life and Crimes of the World’s Greatest Art Forger by Tony Tetro and Giampiero Ambrosi beneath the tree and paint your giftee very happy.
For that someone on your gift list who loves the movies but thinks half the fun is wondering if what’s on the big screen is really possible, wrap up Superspy Science: Science, Death and Tech in the World of James Bond by Kathryn Harkup and collect your smiles. This book looks at all the what-ifs of the Bond movies, from the POV of real science, and no armchair detective will be able to resist. 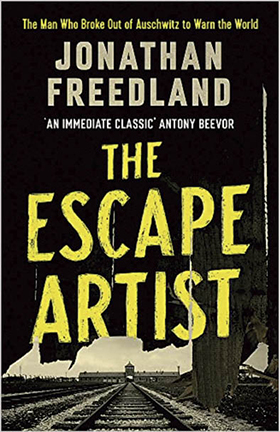 The historian on your gift list will whoop when the wrapping comes off The Escape Artist by Jonathan Freedland. It’s the story of a man who actually broke out of Auschwitz and lived to tell the world what was going on. It’s a true story that reads like a deadly thriller.

For the person who hates to exercise, hates eating healthy (let’s face it) and stresses about it all, you can’t go wrong with The Gospel of Wellness: Gyms, Gurus, Goop, and the False Promise of Self-Care by Rina Raphael. Doesn’t that title say it all?

The reader who wants a little diversity in their selection will love Latino Almanac: From Early Explorers to Corporate Leaders by Nicolas Kanellos, PhD. It’s a book that’s absolutely filled with mini-biographies of Latino luminaries, heroes, and inspirations, and it’s perfect for any reader age 14 and up. Pair it with Indigenous Firsts: A History of Native American Achievements and Events by Yvonne Wakim Dennis, Arlene Hirschfelder, and Paulette F. Molin. It’s a book that’s filled with fast facts about the achievements of Indigenous Americans. 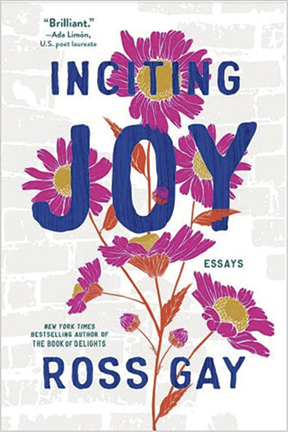 For the person who always embraces the good in life, Inciting Joy by Ross Gay will be a welcome gift. It’s a collection of essays on the things that make us happy, that cause us to count our blessings, smile, and that gather us together.  Wrap it up with Happier Hour by Cassie Holmes, PhD, and help someone decide what’s worth their joy. ▼