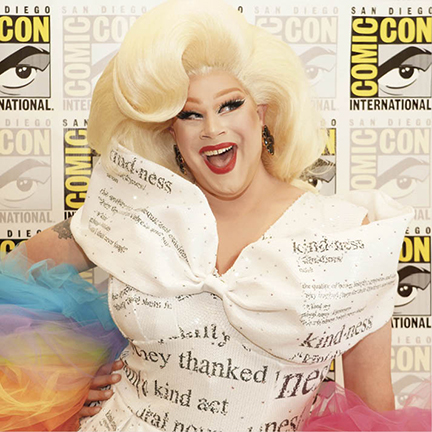 To say it’s been a wild ride for Nina West post-RuPaul’s Drag Race is putting it mildly. Since her turn on the world’s most acclaimed runway, West has been a recording artist and is now a newly minted author with her book, The You Kind of Kind.

Michael Cook: We haven’t chatted since you were cast as Edna Turnblad in the national production of Hairspray. What has it been like to be cast in a role that is so truly steeped in legend?

Nina West: Truthfully, [at first] I got in my own way. This is big; a lot of legends have been in these shoes. The first part of my rehearsal process was just coming to terms with “am I worthy enough”? I just didn’t know how to deal with those thoughts in my own ways.

I have two older sisters and one brought home Hairspray; that is how I was introduced to John Waters’ movies. Then we fast forward…I took all my money in July of 2002 to see the show on Broadway and see Harvey Fierstein in this big phenomenon that has just opened. I knew how important Harvey’s queer voice was. It has never been lost on me how big these voices are specifically to the LGBTQ community, and now I get to add my own sauce to it. On the 20th anniversary tour, I get to carry this banner and this torch. I’m not gonna lie, when my time is done with this, it is going to be hard for me to leave. I love this world, this character, this show, and I love the people that created it.

MC: With so much going on in your career, you still managed to find the time to write your new book, The You Kind of Kind. Tell me about this very important project.

NW: I wrote this book during COVID; I had plenty of time during COVID! I think the climate we are in [now] is even more charged, making it more relevant and important now than it was three years ago when the oﬀer to do the book came to me. We couldn’t have known that Proud Boys and Oath Keepers would be storming story times and invading public library spaces. Or that states like Idaho would be trying to ban drag performances. Or that the ‘Don’t Say Gay’ bill would be happening in Florida. Or that Texas would be enacting these laws that penalize parents for aﬃrming their child’s gender identity. We knew none of this. 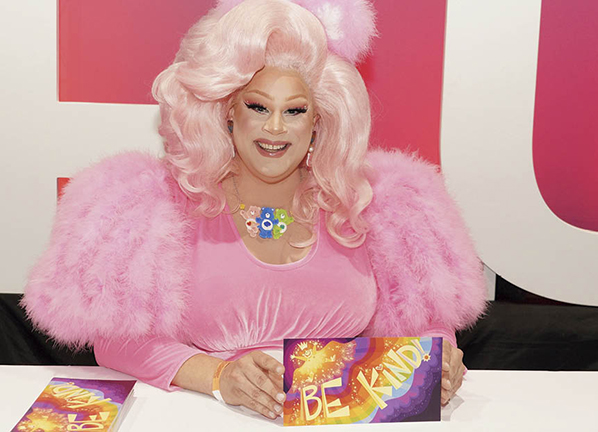 That is why I think this book matters, and it is simply a book about kindness. It’s a book about how we exist in the world, how we go out in the world, how we talk to one another and treat one another. It might be a simple 32-page illustrated book, but I think it is part of a larger movement of trying to foster community and conversation that we really need and should really be paying attention to right now.

MC: You have even gotten recognition from someone like Dolly Parton, who has made children’s literacy a passion of her own. How surreal and wild was getting that kind of recognition?

NW: The whole journey has been wild. Four years ago, when I went to do Drag Race, I was very wide-eyed and very hopeful that I would just have the opportunity to leave my mark on people.

MC: Dolly Parton has made kindness part of her brand, and what you are putting out is what people like Parton are gravitating towards. You have had opportunities to perform with the Muppets and perform with stars of a show that people like you and I watched every week as children.

NW: Everything that I ever dreamed for myself as a kid when I was in North Canton, Ohio—sitting around our table talking about where we wanted to be, I wanted to be a Muppet. I wanted to be friends with Dolly Parton. I wanted to live in a world that was bright and technicolor. I never imagined this, and the best part about it is that I get to share it with everyone and really honestly enact and eﬀect change that will make everyone’s lives better. That is what I want to do; that is the kind of career I want to have.

MC: What is left that you want to accomplish in your career?

Every year seems more exciting than the last and a year and a half post-pandemic feels really good. I am just so excited for the world to see these projects and be impacted by them. We have a lot of work to do and I hope that people are willing to do that work, and be inspired by joy and kindness and to give it to each other. ▼