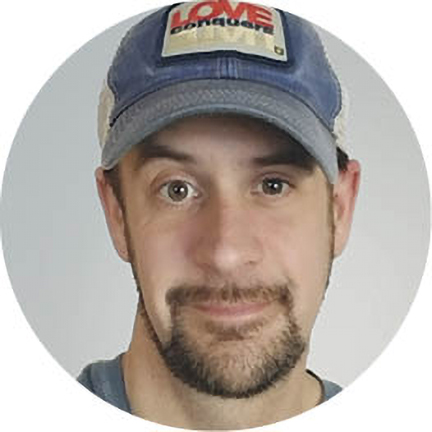 Almost three years ago I started a research project on the property that I have loved and managed since July 2013. From the very beginning, I would hear incredible first-hand stories from long-time guests and my curiosity drove me to learn more. Of course, I started with a simple Google search and found nothing at all. I called the city and asked the Rehoboth Beach Historical Society/Museum and still came up empty-handed.

How could such an old and interesting property, right in downtown Rehoboth, be so unknown to the local community? It became my mission to learn and document the history of 40 Maryland Avenue. I had no idea the tale I would uncover would not only capture the attention of so many people, but also become such an important part of Rehoboth’s gay history.

It is a great honor for me to now have the opportunity to share these incredible stories with you in Letters. Turns out, a building operating as an inn for 106 years in Rehoboth has quite the story to tell.

The inn opened in 1915, originating after a massive Nor’easter in 1914 knocked a beach house right off its foundation. Instead of tearing it down, it was moved—by horses—from the beach to 40 Maryland Avenue, turned around backwards, and attached to the original Sussex County farmhouse already at that site. The farmhouse had been a family operated horse livery since 1876, and the arrival of the second building marked the beginning of a new business: an inn.

From the 1940s to 1977, 40 Maryland Avenue was called The Swarthmorean, and was owned and managed by Mrs. Everett L. Gray. Interestingly, this seems to have been owned by her alone. Interesting, because she and her husband shared ownership of another property in downtown Rehoboth. Their other property was located on 42 Rehoboth Avenue and called The Ship’s Bell Inn. (My research and the complete story of the Grays is still a work in progress.)

The Swarthmorean is an important part of this story. During an interview with a past live-in employee, I received a first-hand account of gay men finding comfort within these walls. The inn certainly was not a business specifically for gay men, but their welcome was significant because gay life was largely hidden and secretive during this time in the 1970s. When or why Mrs. Gray became or was gay-friendly is still unknown.

In 1977, The Swarthmorean was sold to a Washington DC business, The Center for Handicapped Development, owned by Elwood “Woody” Swarmer. The Center was a school for mentally handicapped children, and the idea was to use the inn as a reward program to encourage good behavior and to give the kids a chance to enjoy the beach. Just a small slice of normal life for kids who were struggling day to day.

The town of Rehoboth was not on board with the school’s idea. The first problem encountered with the city involved getting two handicapped parking spaces approved for the school. The owners needed a place to park the transportation vehicles for the disabled children. Rehoboth absolutely refused to help or accommodate the school’s needs in any way. The school’s efforts to establish a beach destination quickly ended after they were approached by locals with a request to keep the disabled children away from their own kids who were also enjoying the beach.

During the short time Woody’s company owned the property, he continued to operate it as an inn. Woody was gay and he had a partner named Edward Earl Henley; they rented out rooms chiefly to other gay men. (This newly discovered and verified research is being shared for the very first time here in this column.)

The Center’s venture into Rehoboth was short lived. The town’s unwillingness to accommodate the school’s parking needs and townspeople’s unwelcoming attitudes led the school to put the property back on the market almost as quickly as they had acquired it.

In the winter of 1978-79, Herbert Koerber bought the property and decided this would be the perfect location to open Rehoboth’s very first gay-owned, gay-operated, gay business for gay people: a sex-oriented inn, a bath house of sorts, a 28-room complex with performance/contest stages and secret rooms. It was all dedicated to providing a place for gay men to safely be themselves—many of them, for the very first time in their lives.

Subsequent events happening on and around this property would change Rehoboth Beach forever, making it one of our nation’s oldest and safest havens for the LGBTQ+ population. Stay tuned to this column to learn more about this historic property’s unknown history and the many people who ultimately would lose their families, jobs, friends, and lives. All for the opportunity just to be themselves. ▼

Tom Kelch is the innkeeper and property manager of the Rehoboth Guest House. He is excited to write this new series for Letters and thrilled to share these stories with Letters’ readers.