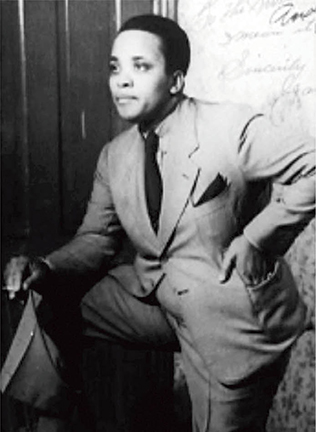 It’s Black History Month, a good time to talk about a woman who made entertainment history: Loretta Mary Aiken, known around the world as Jackie “Moms” Mabley.

Born in 1894 in Brevard, North Carolina, Loretta was one of 16 children. Young Loretta ran away from home at age 14 to escape the chaos of such a large family as well as an abusive episode by an elderly neighbor and rape by a white sheriff. She landed in Cleveland, Ohio, where she joined a traveling minstrel act, “The Butterbeans and Susie.” Show business had adopted Loretta Aiken.

Appearing as Jackie Mabley, names she borrowed from earlier friends, she cut her comedy teeth in the 1920s in vaudeville’s Chitlin’ Circuit: theaters that featured Black performers and catered to a Black audience. The breakneck schedule of one- and two- night stands (a week’s booking was a luxury), helped to fine tune Mabley’s stage presence and find her voice.

She went on to become a standup comic, knockin’ ’em dead in theaters and nightclubs across the country. Her Moms persona was developing, and by the 1940s and 50s, she dropped the Jackie name on stage and became Moms Mabley. As Moms, she performed to sellout crowds in clubs and theaters, and eventually appeared frequently on television on the Ed Sullivan Show, and later the Smothers Brothers Comedy Hour among other network programs.

What’s the big deal, you say? Lots of comics started in vaudeville and became stand-up sensations. True, but until Moms Mabley, none were women. If Moms hadn’t opened that avenue, there’d be no Nicole Byer, no Ali Wong, no Amy Schumer, no Joan Rivers, no Hannah Gadsby.

Moms not only paved the way, she stormed the barricades: in 1930, she became the first woman comic to play at Harlem’s historic Apollo Theater, and in 1962, she was the first woman to headline at Carnegie Hall. She was invited to perform at the White House by Presidents John F. Kennedy and Lyndon Johnson. Moms Mabley had reached the pinnacle.

Stand-up had been a male realm until Moms created her signature character: a frumpy woman in a housedress, big shoes, and a floppy hat. The brilliance of that getup was its irony. The frump persona allowed Mabley to tell stories and jokes which contained sly political and social observations, but which left audiences laughing.

Offstage, though, the frumpy clothes came off, and men’s suits came on. Along with the men’s suits came women on Moms’ arm. Among her friends and show business associates, Mabley was out as a butch lesbian as early as 1921. She even sent Season’s Greetings cards with a picture of herself in full men’s attire.

According to Norma Miller, dancer, choreographer, and comedian who’d shared a dressing room with Mabley, it was not unusual for one of Moms’ girlfriends to be in the dressing room as well. Quoted in Whoopie Goldberg’s documentary about Mabley—Presenting Moms Mabley—Miller noted that “she was Moms on stage, but when she walked off that stage, she was Mr. Moms.”

On TV, Moms’ standup routines, though hilarious and tinged with social references filtered through the Black experience, were mild compared to her performances in clubs and theaters. In these venues, her routines were decidedly more edgy, raunchier, with sly references to her sexuality. One of her famous jokes during the Nixon years combines political humor with a punchline that leaves very little doubt about Mom’s sexual preferences: “Did you know I was on President Nixon’s enemies list? Yes, darlin’. I told Tricia (Nixon) that if the Pilgrims had shot bobcats instead of turkeys for food, we’d be eating pussy for Thanksgiving.”

Mabley’s career spanned more than 50 years, covering stage work, nightclub appearances, television, recordings, and films. Her comedy recordings were routinely top sellers; her live shows continued to be sellouts until shortly before her death in 1975 of heart failure. Her television appearances can still be enjoyed on YouTube.

So, the next time you’re splitting your sides laughing hysterically at the routine of your favorite woman comic, say a quiet thank you to Moms Mabley, the frumpy Black lady in the housedress, floppy hat, and big clunky shoes who also could strut her stuff in well-tailored jackets and trousers. ▼