Out In Delaware by David Mariner 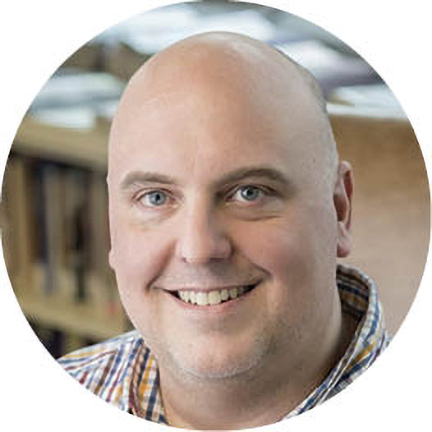 Even on a Zoom call, you can see Sally McBride’s face light up when she talks about her children.

There is her oldest, Sean. He is a radiation oncologist and married to the amazing Blake. They live in Brooklyn with their children but also spend a lot of time at their house in Millbrook, New York, which Sally enjoys visiting.

Their middle child, Dan, lives in Wilmington. He and wife Jamie have one child with another on the way.

And then there’s the youngest, Sarah. Sarah lived with her parents during the pandemic, while she was running to be a Delaware State Senator. “What kept me going through the early days of the pandemic,” says Sally, “was standing by Sarah’s side and working on the campaign.”

The work paid off. Sarah was part of an historic wave of openly LGBT candidates elected to office. This includes Eric Morrison, a representative from the 27th District, and Marie Pinkney, a State Senator representing the 13th District.

Sally McBride was born and raised here in Delaware. She went to school in Virginia and received a Master’s in Education, working as a high school guidance counselor. Her husband, Dave, began practicing law in 1975, the same year they moved into the house they live in currently, in a neighborhood they love.

Close as Sally was with her children, they nonetheless managed to surprise her. First, her son Sean came out to her way back in 2003. “Sean came out in 2003 during graduation weekend from college. He said that he was in love but didn’t want to talk about it. We said, ‘we’re here when you’re ready.’ We really had no idea whatsoever.” She worried about Sean’s future but took comfort in the fact that Sean was in a relationship and had a strong support network.

Then, years later, Sarah came out to the family as transgender. Again, Sally was surprised, and again, she worried about what the future would hold for Sarah as she learned some of the challenges transgender women face. Those concerns, however, were allayed as Sarah found her voice and pursued her career.

The McBrides’ advocacy work took the family to Delaware Legislative Hall in 2013 to lobby for the Gender Identity Non-Discrimination Bill. “We thought it was important that we stand with Sarah so that the legislators could see a loving and affirming family.”

Looking to the future, her advocacy work is focused on three core areas.

First, Parents of Trans Kids, PTK Delaware, continues to provide support to parents of transgender and non-binary children. The group was started by Sally and two other parents, Andrea Rashbaum and Elly Alexander. For the past two years the group has been meeting by Zoom. PTK Youth mentors Nijeria Thompson and Maggie McCool also provide Zooms for trans and non-binary youth ages 12-19.

Second, Sally has been active in the Housing Safeguard Committee, which includes PTK, PFLAG Wilmington, and other partners. “Its vision is to find safe housing for LGBTQ homeless youth who have been thrown out of the house or leave their home because it is unsafe.” says Sally.

Finally, Sally believes training youth-service providers is essential. “Education is a powerful thing. It’s how we fight against hate.” Working with the Housing Safeguard Committee, Sally hopes to turn her attention more toward training school staff and providers working with homeless youth on LGBTQ 101.

Central to all her work, however, is supporting families and parents. It is her own family that brought her to this work, and Sally takes great joy in supporting other parents as they learn how to support their children.

Says TJ Sheldon, “Seven years ago a dear friend told me she knew a woman I had to meet. She was right. My first phone call with Sally McBride felt like the kind of hug you don’t want to let go. She is the perfect combination of the warm and fuzzy mother and the mama bear ready to roar. ‘I have one of each,’ she said proudly, referring to her three children (one gay, one straight, one trans). Her experience, her knowledge, and her passion all enable her to meet a parent coming to terms with having an LGBTQ+ child in just the right way, at just the right time. She has opened minds, softened hearts, and—there is no doubt in my mind—saved lives.”

Sally always makes herself available to talk to parents here in Delaware, and we are all better because of it.  ▼