The Newest Leaders at CAMP Rehoboth
(Part 2 of 2)

In last month’s issue of Letters, we brought you part one of this two-part series, highlighting three (of five) recent additions to CAMP Rehoboth’s Board: Pat Catanzariti, Leslie Ledogar, and Bea Vuocolo. In this issue, we introduce the remaining two: Jason Mathis-White and David Garrett.

Jason Mathis-White, an easy-going man who loves to travel, has spent the last six years in the hospitality industry. When I asked about his career, I did not expect to hear that prior to hotels, he had spent almost 15 years in the accounting sector. Jason’s effervescent personality stands out as a beacon that likely led him to his career change.

Jason shared that although he grew up in Prince George’s County, Maryland, and was raised and lived in the Washington DC metro area for most of his life, he was married in Rehoboth Beach. Every time he and his husband returned for visits, they felt as though they were leaving home when it was time to return to the DC area. “Relocating to Delaware fulfilled my dreams to live near the water and also transition into real estate and hospitality.”

Jason has always been an advocate for those living with HIV/AIDS, and he feels that the testing and work that CAMP Rehoboth does with this community is phenomenal. He is also motivated by CAMP’s efforts to create a more positive Rehoboth by focusing on issues that are relevant and important to the LGBTQ+ population. 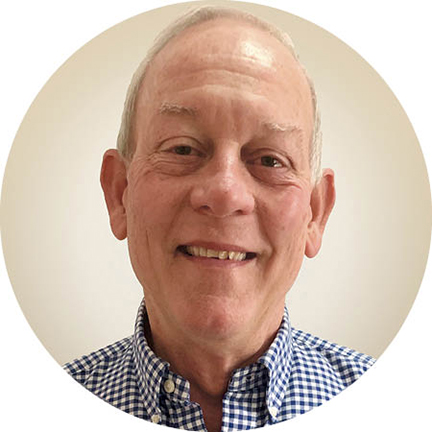 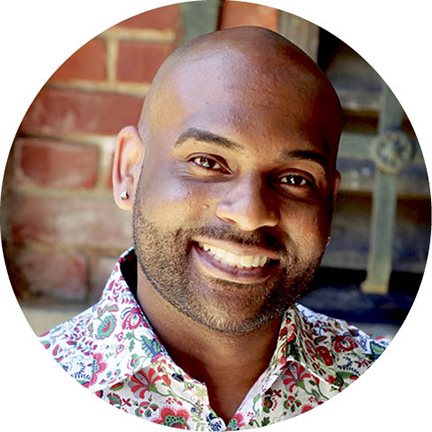 “There are still segments of the LGBTQ+ community in southern Delaware that are underserved, and I stay involved with CAMP to ensure that these populations become more included in programming and outreach.” Jason pointed specifically to the Black, Indigenous, People of Color, and transgender populations as being among those underserved. “I love a good challenge and I like to bridge gaps and challenge internally held biases,” he added.

When I asked Jason to share something people might not know about him, he replied, “I love to sing, and I still collect and build with LEGO bricks.” Next time you encounter Jason on the street, ask him to belt out one of his musical favorites.

When you meet David Garrett, there is one thing you will know almost immediately: David is a hugger. His genuine care and the warm, friendly way he greets everyone is contagious. In his presence you feel welcomed, heard, and respected.

After a career in the ministry, David shifted to the nonprofit arena, and ultimately retired as the executive director at a national trade association. He stays involved in a variety of activities, including as a member at Epworth United Methodist Church. Since retiring, he volunteers his time at Epworth, on the Board of CAMP Rehoboth, and at the New Life Thrift Shop in Lewes.

Originally from central Pennsylvania, David and his wife, Marti, bought a condo in Rehoboth Beach 10 years ago and became weekenders. In 2015, they built a home and moved to this area full-time. Almost immediately, David began writing a column for Letters called Straight Talk. “I really admired how CAMP Rehoboth’s founders, Murray Archibald and Steve Elkins, created an organization from its genesis, and had the vision to make it what it is today. As a new board member, I hope to provide leadership and inspiration in the way I was inspired when I first became involved with CAMP Rehoboth.”

When asked to share something that others may not already know, David, like Jason, shared that he loves to sing. (Probably not a surprise, in David’s case, as I’ve heard him singing bass in the CAMP Rehoboth Chorus.) David also plays the trombone and handbells. Band CAMP? Or maybe a CAMP Band in the future? Hmmmm…..

David is an easily likeable person. When I asked who he would be, if he could be reincarnated as a famous person, he responded, “I would come back as Fred Rogers. An ordained pastor himself, he dedicated his life to the care of children and adults alike. He was gentle and committed to helping others be whole and healthy.”

This new set of Board members (all five of them) are an important part of our community, all working daily, in their own ways, to make CAMP Rehoboth, our community, and the world around us a better place to live, love, and play. They—and their fellow, longer-serving board members—are committed to helping everyone in our community feel heard, seen, and treated respectfully and equitably. ▼

Former CAMP Rehoboth Development Director Anita Broccolino worked to raise both funds for and awareness of the organization through fundraising and communications advancement efforts.