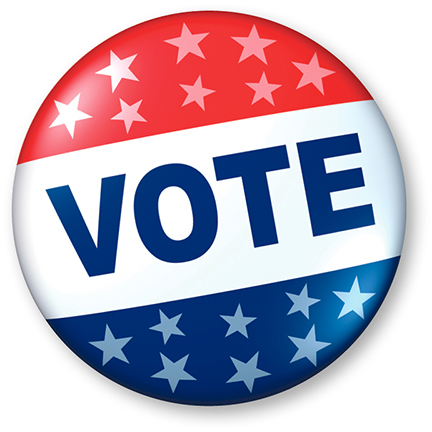 The year is 1776. The Declaration of Independence is adopted by the Continental Congress. But the Declaration leaves details around voting to the states.

Initially, most states give the right to vote solely to white men of property. It will be 1860-ish when white men without property are enfranchised across the US.

The year is 1870. Congress passes the last of the three “Reconstruction Amendments,” the 15th Amendment, declaring voting rights could not be “denied or abridged by the United States or by any state on account of race, color, or previous condition of servitude.” Well, at least as long as you are a man. Women, of all colors, will still be denied.

The year is 1920. ONE HUNDRED YEARS AGO. August 18th. Congress ratifies the 19th Amendment and grants women the right to vote.

The year is 1924. The Snyder Act admits Native Americans born in the US to full US citizenship, which would seem to a lay person to include the right to vote. But states control details. It will take another 40 years for all 50 states to allow Native Americans this right.

But remember the “fine print.” Voting details belong to the states. Jim Crow laws, poll taxes are all work-arounds that will not stop until the 1960s when President Johnson signs the Voting Rights Act. It bans literacy tests, etc., and is followed by the Supreme Court’s ruling against poll taxes, Harper v. Virginia Board of Elections. Before passage of the Voting Rights Act, it’s estimated 23 percent of eligible Black voters are registered nationwide; by 1969, that number grows to 61 percent.

The year is 1971. The 26th Amendment, the “old enough to fight, old enough to vote” amendment is ratified, lowering the voting age from 21 to 18. Finally—the right to vote. For all men, for all women.

It’s taken over 200 years. It’s been fought for, and died for. So, why is it that still so many people simply don’t vote? Of course, there have been complications.

The year is 2012. Black voter turnout exceeds that of white voters for the first time in history, as 66.6 percent of eligible Black voters turned out to help reelect Barack Obama, our nation’s first African American president.

The year is 2013. The Supreme Court strikes down a key provision of the Voting Rights Act, ruling 5-4 in Shelby v. Holder that it’s unconstitutional to require states with a history of voter discrimination to seek federal approval before changing their election laws.

While these laws may keep down the number of voters, I also hear 1) my vote won’t make a difference, and 2) I don’t like either candidate.

Let’s blow up number two first. Not liking either candidate, not being excited by them, is not an excuse. “No Vote. No Opinion.” If you know someone who didn’t vote, tell them they had a chance to have an opinion and didn’t take it.

The more complicated “my vote won’t make a difference,” was effectively blown out of the water in the 2016 presidential election, where at least four states had voting differentials in the mere thousands, not hundreds of thousands.

Even here in Delaware, signs of that slim differential are apparent. While Hillary Clinton won Delaware with 53.4 percent of the vote and Democrats once again carried Delaware's three electoral votes, the state swung 7.19 percent more Republican from the 2012 election. Kent County flipped from Democratic to Republican. And if you don’t think that matters, guess again.

Registration takes work. In many countries, being registered to vote is automatic. Not in the US. Here each person must go to an official site, such as a library or a government office, and fill out paperwork. A 2012 Pew Research Center study reported that 51 million citizens—nearly one-in-four eligible to vote—had not registered. Let’s be the difference.

So, this summer, let’s put together “pod squads” or “bubble blasters” and help tackle registering voters. Let’s get everyone registered. And then, let the state mail them a ballot!

Let’s live up, with pride, to being the First State.

Stefani Deoul is a television producer and author of the award-winning YA mystery series Sid Rubin Silicon Alley Adventures, with On a LARP and Zero Sum Game. Her third in the series, Say Her Name, came out in December 2019.