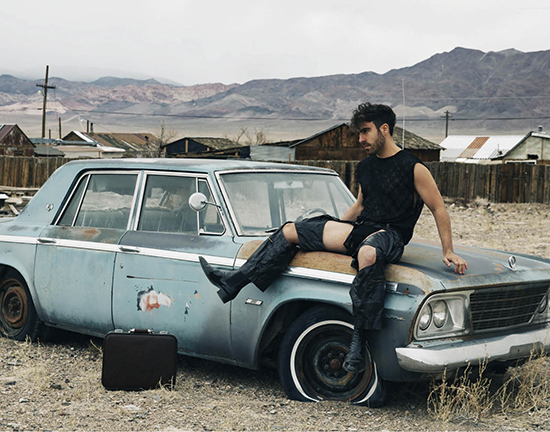 It’s not often that rising pop stars are able to garner the attention of music powerhouses like Mark Ronson. But that is exactly what Mike Taveira was able to do, courtesy of a killer verse he wrote on his own for Ronson’s track “New Love.”

Now, Taveira has released his own EP, Cut Velvet, and is carving out his own niche in the stratosphere of queer pop music. Anthems like “Switch” and “Sex for Breakfast” craft relatable stories over instantly addictive melodies, which have led to Taveira gaining nationwide attention and even opening for Christina Aguilera and Anitta at LA Pride.

I sat down with Taveira recently and chatted about bringing his distinct brand of queerness to his music, his dream collaborations, and the stories he’s telling through his music.

Michael Cook: Tell me about your new EP, Cut Velvet.

Mike Taveira: First of all, I’d say it’s really good. I feel confident saying that. It’s 20 minutes of unrelenting confessional pop. I started writing it on a vintage keyboard in my studio apartment two years ago, and it follows a loose concept of sexual experimentation, polyamory, exploitation, and shame. The vibe is dance-forward with some aggressive, fuzzy left turns to keep things interesting.

MC: Your music is very forthright and speaks about open relationships, sexuality, and infidelity. Was it ever difficult for you to decide to be so open in your artistry?

MT: Years ago, before I even started, I knew that singing about things that weren’t largely “relatable” would make it harder to reach certain audiences. I mean, even in the more uptight pockets of the gay community, I think my fluidity and sexual openness can be a turn-off. But the truth is, if my most honest expression doesn’t resonate with someone, they aren’t meant to be a fan of mine anyways. The music presents to the world who I am and my priority as an artist isn’t to be marketable.

MC: Your pansexuality is woven into the stories you tell through your music. Is it important for you to bring that visibility forward through your art?

MT: I wouldn’t say that my artistic intent is to raise awareness but bringing awareness to more fluid sexualities is a really cool perk of self-expression. Pansexuality and bisexuality are pretty commonly erased by both straight and queer people. I get messages from queer fans saying that I’ve helped them feel a sense of pride or community or a “cool factor” in their queerness and it makes me feel so humbled and grateful.

MC: Let’s do some manifestations; any dream collaborators or projects that you would like to work on? 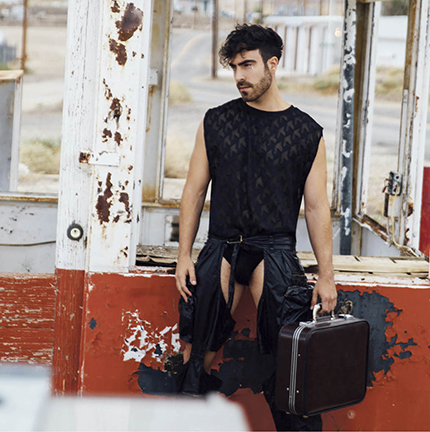 MT: Open for someone on tour. I want to tour so badly because I think once people see me perform, they will become fans.... I’d love to collaborate with Magdalena Bay, King Princess, and Sky Ferreira when she starts releasing music again.

MC: Mark Ronson is obviously a huge inspiration, and your TikTok went absolutely viral showing you singing your own verse to a song of his. What was that moment of recognition like?

MT: It was a breakthrough moment for me. It was the first time somebody with that much talent and experience recognized my talent and I honor that moment so much. It got a lot of people in the industry to notice me. I also hung out with him a few times after that TikTok and he is one of the kindest and coolest people I’ve ever met.

MC: What are some of the biggest highlights of your career—performance-wise—so far?

MT: Hitting a million streams, selling out my first show, making music in Mark Ronson’s studio, and opening for XTina and Anitta at LA Pride in the Park 2022!!!

MC: What do you think your music reveals about you the most?

MT: I spent so many years trying to be a cool heartthrob but I’m really just a sensitive, sad, hopeless romantic. I guess that’s not as cool. I’m a really honest and direct writer and I don’t really use a lot of metaphor. What you see is what you get, which makes people connecting with my music that much more special.