Nearly 30 years after the 1994 Disney hit film The Santa Clause, its particular extended cinematic universe keeps on paying Christmas bonuses. There have been three feature films based on the story of a regular guy, played by Tim Allen, who learns that he’s contractually obligated to become Santa Claus (hence the “clause”), and all of them are beloved by the adults who watched them as ’90s kids. Now that those kids have kids of their own, a Disney+ series that keeps the story going is in the works. Starring Allen and Elizabeth Mitchell from the original films, the series will also feature Kal Penn as a single father whose own visit to the North Pole changes his life’s direction. That’s all we know right now, but we’re making a Christmas wish that the star of A Very Harold & Kumar Christmas ascends to the reins of that sleigh. Watch for it this fall on Disney+. ▼

Thumbs Up to Ian McKellen in The Critic

In the movies, critics are the people we love to hate. Critic characters get even less overall sympathy than Marvel Cinematic Universe villain Thanos after The Snap. And who better to play an imperious and widely feared critic than the king of queer elders, Ian McKellen? In the upcoming period thriller The Critic, based on Anthony Quinn’s novel Curtain Call, the two-time Oscar nominee will play a mean drama critic in 1930s London, and the wonderful Gemma Arterton (Their Finest) will play an actress on a mission to win him over. Enter—stage left—some journalistic intrigue, blackmail, backstabbing, and an actual murder, and now there’s a story. Anand Tucker (Hilary and Jackie) directs this one from a script by Patrick Marber (Notes on a Scandal), and production is already underway. And for the record, if McKellen’s critic is the murderer, we want him to get away with everything. ▼

The legendary gay Spanish filmmaker Pedro Almodóvar made a stunning short film during 2020’s lockdown, The Human Voice, with Tilda Swinton, and it was as deliriously gorgeous and satisfying as any of his full-length features. So why not another one? In August he begins production on Strange Way of Life, starring Ethan Hawke and Pedro Pascal as middle-aged, same-sex-enjoying gunmen who meet again for the first time in decades. Plans are to shoot in the desert region of Spain where the classic western The Good, the Bad, and the Ugly was filmed. And in what will most likely amount to a third starring role, all the costumes will be from Saint Laurent. The fashion house’s designer Anthony Vaccarello, who’ll also act as an associate producer on the film, will handle the cowboy duds in the way only Saint Laurent can. Quickly now, someone tell Sam Elliott so we can all laugh at his reaction. ▼

Ben Whishaw and Jennifer Connelly Act Out in Bad Behaviour 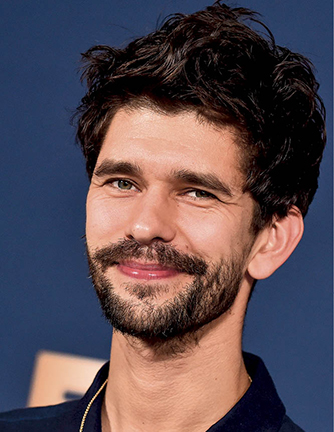 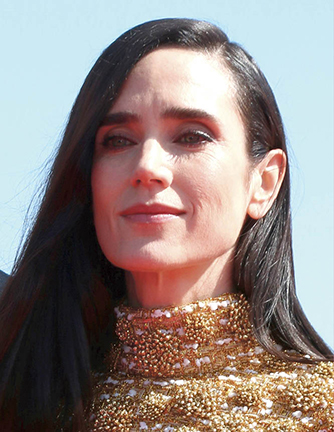 When the always underrated Jennifer Connelly and the very cool Ben Whishaw—the slyest queer actor of his generation, taking on villainous characters and Paddington with equal skill—sign on to Bad Behaviour, a dark comedy about a former child actress and her spiritual guru, we say take our money now. Add to this mix a relatively unknown Australian performer named Alice Englert as Connelly’s daughter. Englert appeared in the amazing queer-themed drama The Power of the Dog, and it’s OK if you don’t yet know her name, because you will soon enough. She wrote the screenplay and she’s directing, skills we’re assuming she learned from a true great: her mother, the legendary Oscar-winning New Zealand filmmaker Jane Campion. Currently in production, be on the lookout for some good Bad sometime in 2023. ▼