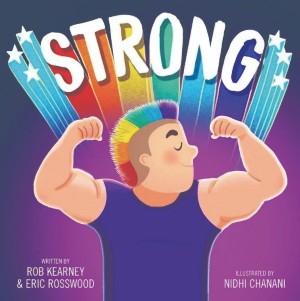 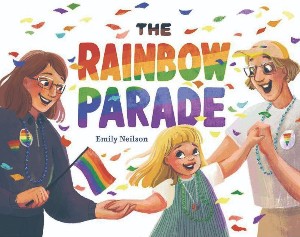 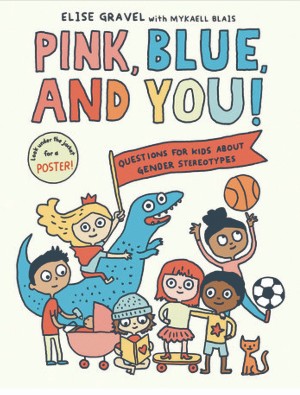 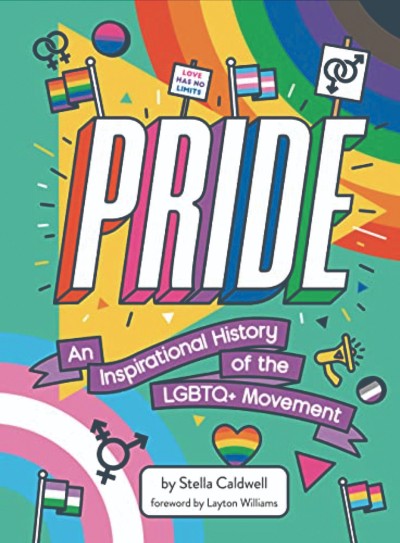 Like every kid in the world, the one you love has a zillion questions.

“Why” begins with ants and runs through zebras. “When” goes from astronauts to zoos. “Who” from aunties to, well, you. So why not keep a few books around for the kiddos, books that entertain and gently inform….

Life is better when you have a friend, and in Strong, by Rob Kearney & Eric Rosswood, illustrated by Nidhi Chanani (Little, Brown, $17.99) a guy named Rob has always been one of the strongest guys around. When he decides he wants to compete, he finds someone to work out with him and they fall in love—but when Rob goes to the competition, everybody whispers about him. Why does he look so strange? Four-to-six-year-olds will be glad to see that when the right kind of cheerleader arrives, looks don’t matter at all.

Kids who got to see a Pride Parade for the first time this year will want to own The Rainbow Parade by Emily Neilson (Penguin Dial, $17.99). It’s the story of Emily, who celebrates Pride with Mommy and Mama and a whole lot of people who are having a really good time. But BE in the parade….? Not Emily…or, maybe. Four-to-seven-year-olds who are new to Pride will want you to read this book aloud at least once a week.

Slightly older kids may appreciate having Pink, Blue, and You! by Elise Gravel with Kykaell Blais (Random House Kids, $17.99) around to check with now and then. This book touches on some of the things that kids hear but don’t understand. Are there “boy things” and “girl things”? And if there are, who decides who can play with them? You can be a boy or a girl, but what if someone thinks they’re both? Who made all these rules, anyhow?

For seven-to-10-year-olds who need the blanks filled in on their gender education, this is a good choice to give. Bonus: you might learn a thing or two, as well.

For teens who are trying to figure things out for themselves, or for 12-to-17-year-old allies, Pride: An Inspirational History of the LGBTQ+ Movement by Stella Caldwell, foreword by Layton Williams (Penguin Workshop, $14.99) is a great book to give or have around. It’s a book filled with quick-to-read, different-length entries on a variety of people, places, and things your teen will want to know about—things like what it was like to be gay in the 1950s, the early days of legalized same-sex marriage, early Pride celebrations, and pioneers who came out strong when it was illegal to do so. Teens and young adults who are trans, gay, lesbian, and queer also get a chance to weigh in on why they “have Pride.”

Varied, interesting, and informative, this is one of those books that an adult can absolutely be caught reading.

If these great books don’t quite fit what you’re looking for, for the kid you love, be sure to ask your favorite librarian or local bookseller for help. They know books. They’ve got answers. ▼