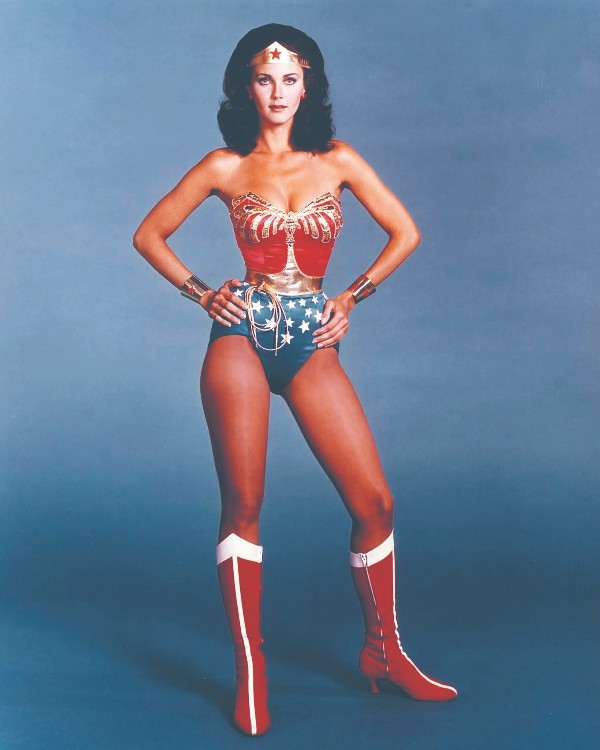 In the stratosphere of LGBTQ icons, Lynda Carter soars above the rest, quite literally. Whether she was battling evildoers on land (complete with bullet-deflecting bracelets) or en route to fight crime in her invisible plane, Carter’s Wonder Woman let little boys all over the globe feel that for one small moment, a quick spin around would somehow make everything all right.

As Carter releases her first-ever dance anthem (“Human and Divine,” remixed by the legendary Dave Audé), I sat down for an exclusive chat with her. We talked about bringing her music to the dance floor officially for the first time, and why she thinks that all these years later, Wonder Woman and her impact on the world still resonates.

Michael Cook: Congratulations on the spectacular dance anthem “Human and Divine,” which will give us a Lynda Carter number to which we can dance the summer away. What was it like working on this track?

Lynda Carter: This was a step into the unknown for me—in the most wonderful way—with Dave Audé. We laugh because no one uses his name as “Dave,” it’s always “Dave Audé.” He did not disappoint—not by his music or his vibe. It’s hard to turn something over to someone to do a dance mix, particularly when it is something like “Human and Divine.” Based on his track record and his tastes, to just say “have at it….” We were thrilled—giggly thrilled!

MC: What was it like hearing a quintessential Lynda Carter song, but then hearing your vocals completely remixed? Was it totally surreal hearing the finished product?

LC: As my producer said, he kind of started giggling, sort of like, “OMG, this is so cool!” It is so outside the purview, outside my wheelhouse, so outside what I have ever done before. I didn’t do that, I just sang the song, and Dave Audé did this remix. I can’t stop listening to it because it makes me happy.”

MC: Tell me about the meaning behind “Human and Divine.” I feel it touches on not just your feelings for your beloved husband Robert Altman (who passed away in 2021), but also your loyal LGBTQ fanbase. It is definitely layered.

LC: It started off about trying to describe something about my husband and me, in a lyric that’s down the line. Then we were flying over to do Wonder Woman 2 and I thought, it was so much like the story between Steve and Diana. I started sort of going along those lines with the storyline because it could become a little bit bigger. The human side is flawed, but the love that we feel and the love that we have is so divine. It gives us forgiveness as well as love; that is what the divine within love is, I think. It’s forgiveness.

MC: What do you think the “human and divine” connection the community has to Wonder Woman—and to you—really is? 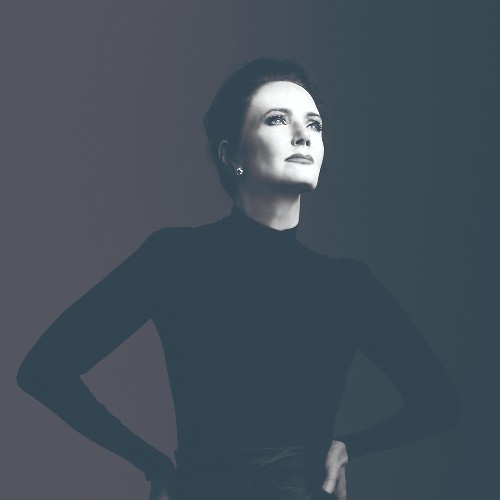 LC: Of my wonderful friends and this wonderful community of LGBTQ people, it is the feeling of belonging and of understanding. There is a part of the character that just gets that; there is this transformational piece that is “human and divine.” It is the transformation, you know?

MC: From your perspective, when you hear fans’ stories about Wonder Woman’s impact on them and your own career as a whole, what is one through line that you consistently hear and that consistently goes right to your own heart?

LC: It is such a personal...if they follow Wonder Woman, if they have a connection to Wonder Woman, whether it was in their past personally, or whether it was through a loved one or a child, or whatever it is. They have that personal connection to the time in their life, to a feeling of themselves, to a traumatic thing that they had to get through, that they tried to build up the courage for. It always amazes me, the inspirational side of Wonder Woman and what I sought to convey in Wonder Woman, as did Patty Jenkins and Gal Gadot. It was that message.

MC: What do you have planned post-”Human and Divine”? Have you gotten the itch to possibly release more dance music?

LC: I had such a wonderful creative intersection with Dave Audé that hopefully he will want to do a few more of mine. I have a new album that’s gonna be coming out and I think it’s going to be called Letters from Earth. We are just in the process of finishing that up right now, so we will see where that goes.

MC: What does summer have planned for Lynda Carter?