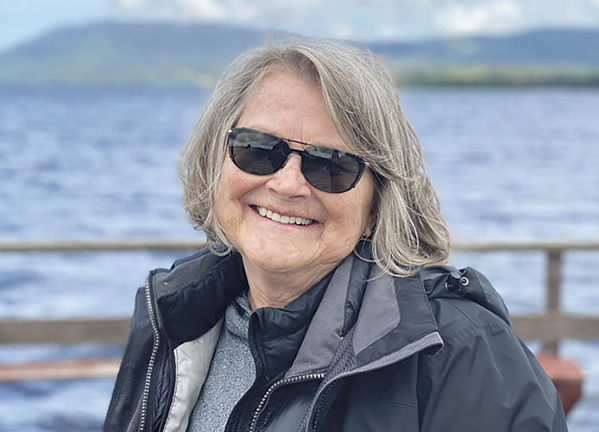 In this column, I give you the powerful stories of four accomplished women. One is a photographer of 38 years, leading photo safaris to East Africa and photo ecotours to Costa Rica. Another of these amazing women was a teacher who taught elementary school students in the Baltimore area for over 35 years, teaching kids, grandkids, entire families. Then there is the mother whose son came out to her when he was in college, leading her to want to move somewhere where everybody was accepted for who they are. Finally, there is the brave soldier who had brain and lung cancer and was told she had six months to live. Four years later, she’s a survivor when she shouldn’t have survived.

How is it that I was able to interview all of these women and still make my deadline? Easy! These four women: the artist, the teacher, the mother, and the survivor, are all Mary Lu Pool.

The Artist: Drawn to photography at the birth of her son 38 years ago, Mary Lu began her photographer’s life taking countless snapshots of him. Jamie in his sleep, Jamie eating breakfast. Jamie in his sleep again. Jamie with flashbulb poisoning. Over the years though, she started taking courses in photography, which led to leading photo safaris to East Africa and photo ecotours to Costa Rica (she had me at safaris!). Her work has been on exhibit in galleries here and in Maryland. Most recently, she served as an official photographer for the Historic Lewes Farmers Market.

The Teacher: During her 35+ years of teaching, Mary Lu loved working with her kids. She says, “What I liked more than anything else was finding a child who had read a book for the first time and had not noticed the number of pages that he or she had turned. That was really great, really satisfying.”

In her time, she taught sons and daughters of former students, grandsons and granddaughters too. It turns out that I may be the only kid she didn’t teach! She ended her teaching career at Towson University, supervising student teachers in their senior year internships and conducting seminars on all-things-teaching. She smiles and says “I guess they figured out I knew something about education!”

The Mother: Mary Lu recounts her reason for moving to this area. “My son came out to me when he was in college, and I decided that if I were to move, I wanted to move somewhere where everyone was accepted.” So naturally, she chose the Rehoboth area. At first, Mary Lu thought that CAMP Rehoboth was a camp for gay people. Soon she realized CAMP Rehoboth meant Creating a More Positive Rehoboth, and she knew she had discovered the right place to live.

The day he came out to his mom, Jamie said, “I have a partner; would you like me to introduce you two?” So, her son was gay. And she met his partner. All in the same day. That’s a LOT of information for one day, right? 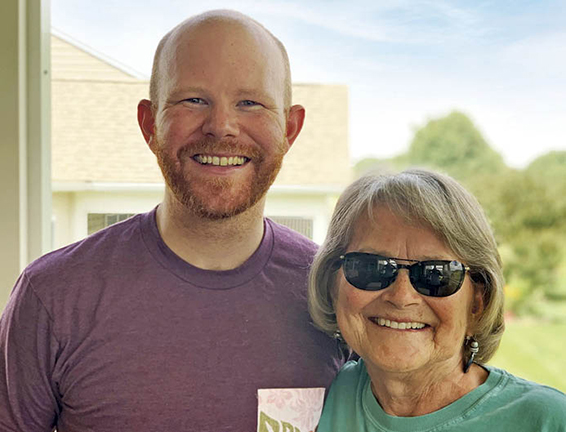 A mother’s words: “My child Jamie is a terrific human being. And I think all we want for our kids is for them to be happy. And to find someone that they love and want to take care of. And I think if you have that, that’s all you need in life.”

The Survivor: Four years ago, Mary Lu began to forget things. As her symptoms got worse, she remembers thinking “I’m in trouble. I don’t know what’s wrong with me.”

Then they found the brain tumor.

After the tumor was removed, the hard work of rehabilitation began. She actually had to learn how to talk again. Doctors gave her radiation to make sure there were no wandering brain cancer cells.

Then they found the tumor in one of her lungs. The size of a baseball.

But immunotherapy worked! It shrank the tumor successfully, and whatever cancer was left was removed. She has been in remission for four years. Her feeling is, “You never, never, never say the fight is over. We say, so far so good. But you know, I was given six months to live, and I’m alive four years later, and so not a day goes by that I am not grateful.”

It’s been a long journey.

Mary Lu Pool: artist, teacher, mother, survivor. A woman of strength and character. A woman for our times. ▼