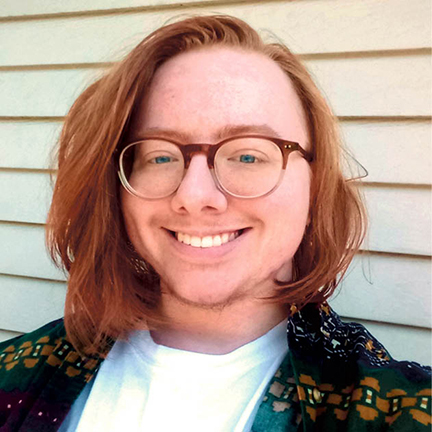 The X Category v. the Abolition of Gender Markers

A growing number of states (and Washington, DC) have added a new letter to the binary gender markers M and F on some government-issued documents and IDs, such as drivers’ licenses. (“X Gender Markers by State,” Lambda Legal, 2020) Instead of being given the option to change merely from M to F or F to M, residents of these states could now elect to have an X be placed on their documents or IDs instead.

This is a win for transgender, nonbinary, and/or intersex people who were misrepresented by the gender marker on their documents and is a symbolic victory as well for the recognition of people outside the male/female binary. However, some people in those communities, including myself, have concerns over the structural consequences of this new marker, namely: privacy of information, the potential for increased policing and discrimination, the antiquated nature of gender markers themselves, and the faulty nature of demographic information on IDs.

The first concern that is usually raised is the implicit information given by the X category: the owner of this ID is transgender, nonbinary, and/or intersex. Having this information available to anyone who views the ID is concerning when one considers the situations in which IDs are necessary. For jobs which require proof of a valid driver’s license (such as delivery jobs), this opens the door to job discrimination based on the X marker.

While discrimination based on sex is illegal, it is as yet unclear whether the X category will fall under those federal statutes. It is also very difficult to bring forward and evidence intent to discriminate in employment offers, particularly in this case. Due to the small number of people with the X marker, it would be nearly impossible to prove employer discrimination on the basis of a lack of people with the X marker.

Beyond the privacy of that information is the nature of the information itself. The purpose of having demographic information such as gender on IDs harkens back to a time before the inclusion of photos on IDs. Back then, it was relevant to know the approximate height, weight, sex, and eye color of the person who owned the ID in order to confirm that it was indeed theirs. But with the inclusion of pictures, this information feels irrelevant. Does the cashier who cards you at the liquor store really need to know what your assigned sex is (provided that the marker hasn’t been changed)? Do cops? TSA? Poll workers?

Having a gender marker on an ID which has your picture feels unnecessary to fulfill the original purpose of the demographic information on your ID: confirming that it is yours. Gender markers are also the only demographic information besides age that cannot be self-reported. At the DMV, they ask you your height, weight, and eye color; you don’t need a doctor’s order confirming that information, and you don’t need to update it every time one of those pieces of information changes.

My driver’s license still says that I weigh about half the weight I am now, but it is not incumbent upon me to get a new license just to fix that. My face looks enough like the picture on my ID that that information becomes irrelevant in confirming my identity. In the same vein, in an age where gender non-conformity is becoming increasingly mainstream, what information does the gender marker actually provide? None which is useful for identification unless profiling is one’s intent. So, if it doesn’t serve the purpose of other demographic information, why keep it?

The main legal barrier to abolition is laws like the Real ID Act of 2005. These laws, which require gender markers on government documents and IDs, need to be repealed, starting at the federal level. The X category is a good first step for those who would like it, but we need to continue fighting for the abolition of gender markers if we are to create a world in which federally codified gender stratification no longer exists. ▼

Julian Harbaugh (they/them) is a recent University of Delaware graduate who enjoys lively discussions and walking their dog, Chewy. Their degree is in Political Science with a Women’s Studies minor, and in 2020 they completed their undergraduate thesis on the fight for gay marriage in Maryland. When they’re not writing, they can be found teaching their two rats, Baxter and Bramble, new tricks, and roaming garage sales looking for antique philosophy books.
– Barbara Antlitz

Barbara Antlitz, CAMP Rehoboth Youth Up Coordinator, works with Gender & Sexuality Alliances (GSAs) in middle and high schools in Kent and Sussex Counties, and with other groups supporting LGBTQ+ youth. Barbara can be reached by email at bantlitz@camprehoboth.com.