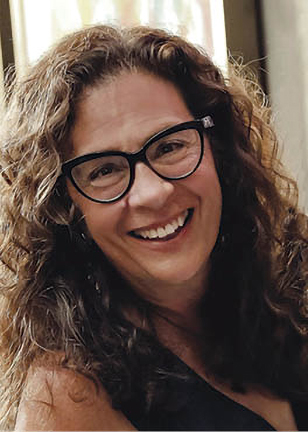 Full Equality—Our Time Is Now. If We Act

It’s never wise to assume, but I’m going out on a limb and gambling that most of us know June is Pride Month. But if, perchance, you’re that one person who missed that memo, rest assured, the advertising community did not. It is now possible to overdose on rainbows.

We can stride our pride thanks to Converse, Adidas, Tevas, Toms, Reebok, Uggs, Vans, and (personally kind of charmed by this one) Doc Martens. Need a rainbow sock for that sneaker? Bombas and Happy Socks have got us covered—or at least our feet. Need other parts covered? Calvin, Ralph, GAP, Banana Republic, A Tribe Called Queer, Gc2b, Levi’s, Outplay, TomboyX, and so many more have a colorful outfit just waiting for us. So we can, ahem, wear it with pride.

We can even play with pride thanks to Lego and Disney. And of course, we can binge-watch with pride—thanks to nearly every streaming service. And don’t fret about our eyes burning from too much screen time; EyeBuyDirect and Zenni have rainbow-colored glasses for that! Why, we could be our own horse of a different color from the Wizard of Oz. Toto, I don’t think we’re in Kansas anymore!

It’s a glorious word. The Oxford Dictionary defines pride as 1) a feeling of deep pleasure or satisfaction derived from one’s own achievements, the achievements of those with whom one is closely associated, or from qualities or possessions that are widely admired. As in, “the team was bursting with pride.” Definition 2: consciousness of one’s own dignity.

On June 1, the President of the United States of America, Joseph Robinette Biden, Jr., issued the FIRST formal proclamation of his administration, telling LGBTQ+ people both at home and abroad that they should “accept nothing less than full equality.”

“I will not rest until full equality for LGBTQ+ Americans is finally achieved and codified into law,” Biden proclaimed. “That is why I continue to call on the Congress to pass the Equality Act, which will ensure civil rights protections for LGBTQ+ people and families across our country.”

Or maybe just down Route One.

Because ironically when the presidential motorcade heads to the beach, strategizing about how to get the Equality Act passed, they drive by one of the harshest opponents of our LGBTQ basic rights, Chick-fil-A.

And that begs the question, why would an LGBTQ+ person, or a proclaimed LGBTQ+ ally, buy food from Chick-fil-A? Why would our equality, if not our lives, be worth less to us than a chicken sandwich?

And this is not hyperbole. According to a Daily Beast investigation, Dan Cathy, the billionaire owner of Chick-fil-A, has joined with such fine folks as the Dick and Betsy DeVos Family Foundation and, of course, Hobby Lobby, to funnel whatever funds are necessary to defeat the Equality Act.

Maybe you’re shrugging because after all, what can one person do?

Well, in 2019, Chick-fil-A opened a restaurant in Reading, England. Reading Pride, an LGBTQ organization, called for a boycott because of its foundation’s support of groups they said were hostile to gay rights. One person, followed by another person, and then another, said, “I don’t eat there.” To this day, there are no Chick-fil-A’s in England. Anywhere. That’s what one person can do.

So maybe if we, and our allies, make it a point to not eat there, maybe even tell our friends why, then just maybe Rehoboth Beach, aka Gayberry, could also make a small, but important statement. A statement that supports ourselves, our president, and our brethren across the globe—many of whom cannot make a statement safely.

We can grab our Kate Spade bags (The Trevor Project), strap on our Apple (Encircle, the National Center for Transgender Equality, and others), Fossil (The Trevor Fund), and Skagen ($25,000 InterPride) watches. And yes, we can bring the pooch!—(PetSmart—$100,000 to GLSEN in 2021).

Let’s remember, PRIDE is about a protest. PRIDE is about believing in ourselves and our right to be human. And true PRIDE demands we accept nothing less than full equality.
And Skittles. Because Pride Skittles send a dollar per pack to GLAAD (if we buy them at Target, they earn GLSEN dollars, too). And, they’re super cool. ▼