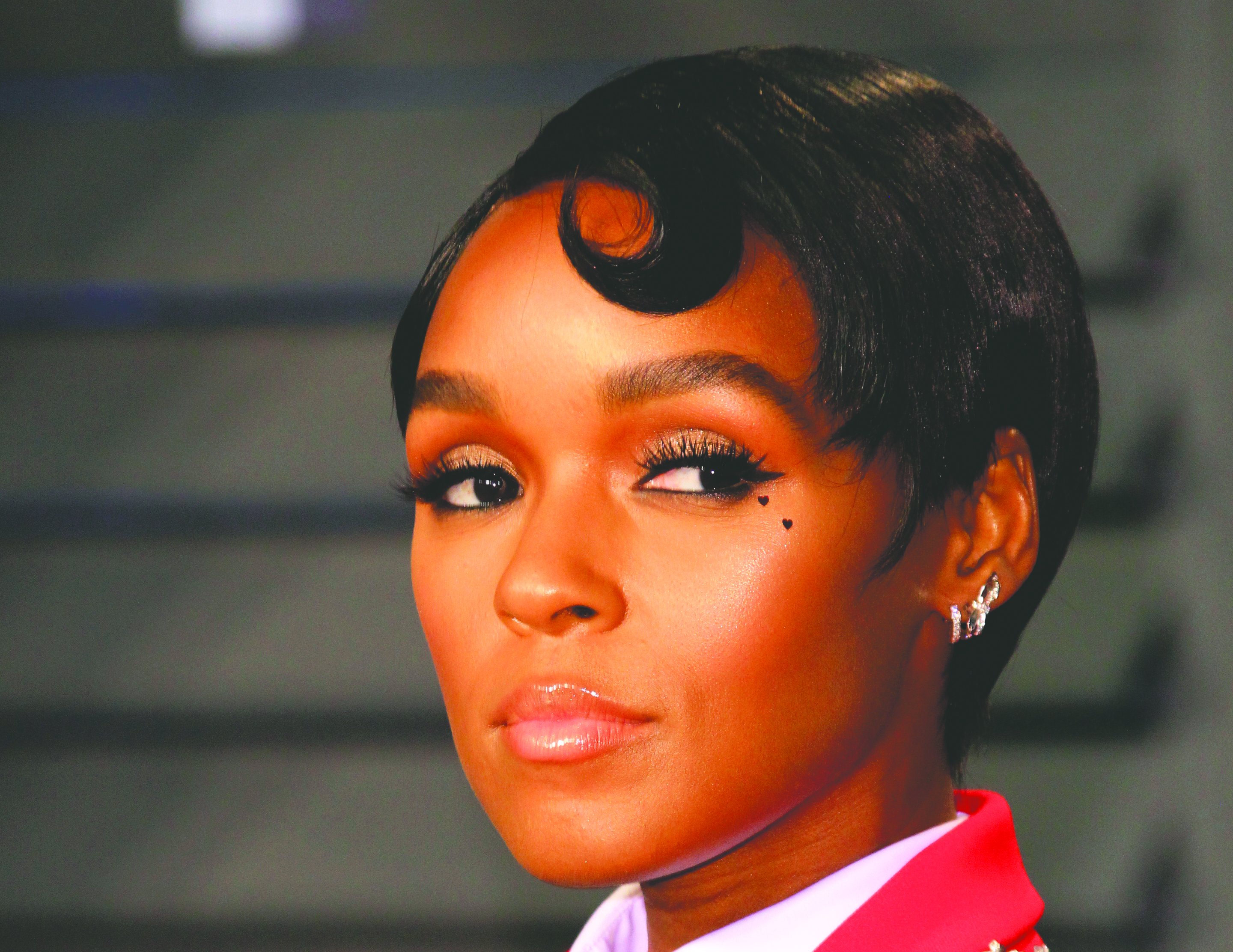 The Queer Icon Talks ‘Too on the Nose’ Pandemic, LGBTQ Representation, and Pride Plans

Monáe’s in isolation. From lockdown, she at least looks put together. Greeting me like the bots she sings about, she says, “Hi, I’m Janelle and I don’t know who I am today.” She appears to be reclining on a couch, a white top hat perched on her head; her virtual backdrop is appropriately one for Homecoming.

In August, Monáe leads the cast of the slavery-themed horror film Antebellum, which was initially scheduled to be released in April.

And though it was just in February, it seems like another life when Monáe opened the Oscars and celebrated diversity and being, as she proclaimed on national TV during her performance, a “black queer artist.” Previously, in 2018, she came out as pansexual, after years of telling the press she was dating androids.

Monáe is still doing what she can; recently, she took part in a special performance for Verizon’s Pay It Forward LIVE, when she and Verizon made donations to small businesses owned by those in the LGBTQ community and other minorities affected by COVID-19.

How are you coping with everything that’s happening right now?

I don’t know. I probably won’t know until, like, next month. Time is not real to me. I feel like I’m in a warped, alternate universe, especially watching everybody walking around with masks and avoiding each other and dealing with an administration who hides information and is putting capitalism above the health and well-being of our people.

How does Homecoming fit into the kind of stories you want to be telling?

We’re on a journey with her as she discovers her identity. I think that this show has a lot to say about capitalism over citizenship and community, and the well-being of our citizens. I think it has a lot to say about how we treat ex-vets and mental health. And it’s a character study on minorities and those who are marginalized, and how they go on their rise to being powerful and also having their freedom through living in their truth, so that was super important to me.

And the show’s queer representation?

Like you said: representation. It always matters. You think about the number of shows that are greenlit and films that are greenlit, and we’re still in that minority. It’s still not equal in terms of storytelling. There are so many cis, het-normative stories, and that’s not a reflection of the real world. I don’t want to give away too much, but there is a strong presence of (queerness) in Homecoming. I hope the folks feel seen.

How do you feel about where we’re at now with LGBTQ representation? And what do you hope is next in that regard?

I think it’s getting better. I think we have a long way to go. I think it’s a more nuanced conversation because we’re dealing with sexuality and we’re dealing with gender. A lot of it is a journey; it’s not just a destination. And there’s new terminology that’s coming, and we have to be open and nonjudgmental within our community.

I’ve definitely received a lot of judgment, and I can’t say that I haven’t judged myself, but at this point I think that life is a mystery. We are uncovering truths about us, just like this show does, and the more information we have, we should never feel ashamed to lean into that gray area.

But I want to say that I think that we still have a lot more work to do in terms of allies. Folks who are more privileged, who are the majority and the minority, I think that they can share the mic.

You were supposed to perform at NYC Pride Island this summer. What message would you like to send out to all the people who will be celebrating Pride in a very different way this year?

I was looking forward to being there, but all of our health is important. I would hate to be irresponsible and hold a concert and bring people together and then people pass away as a result of us trying to have a concert right now. But I have a feeling that in the future I will come back. The organizers of Pride New York are trying to put together something special that I may be a part of, so just keep your ears glued. (On May 15, it was announced that Monáe would be among the performers taking part in NYC's virtual Pride celebration on June 28.)