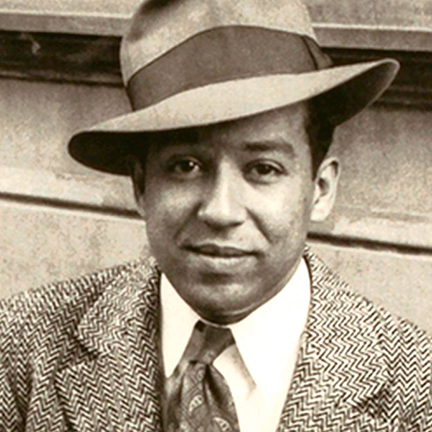 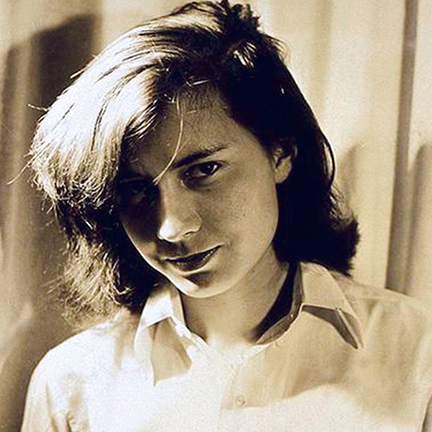 Behind the Words: Langston Hughes and Patricia Highsmith

It’s Pride Month, the annual celebration of our culture, our struggles, our triumphs. For those of us who are authors, it’s a time to celebrate our freedom to write our LGBTQ stories without censorship, without fear of having our books and articles confiscated, even the fear of our arrest and imprisonment for writing our truths.

It was not always thus. For generations, LGBTQ authors have had to write about our experiences behind veils of shaded meanings or false names. For queer authors of the early to mid-twentieth century, writing stories of same-sex love and passion was still dangerous, resulting in professional ostracism and literary and societal condemnation, even by one’s literary peers.

Authors of novels and poems featuring same-sex desires had three choices: risk condemnations by writing under your own name; write under a name other than your own; or veil the LGBTQ substance in coded words or ambivalent meanings.

Poet and novelist Langston Hughes (1901-1967), a literary star of the Harlem Renaissance of the 1920s, had two additional hurdles to face: racism in the white world generally and in the mainstream publishing world specifically; and the disapproval of homosexuality in the black community, especially the black church.

His short story, “Blessed Assurance,” tackles African-American cultural discomfort with queerness through the struggles of a father, John, with what he sees as his son Delly’s feminine nature. Though Hughes’ own homosexuality has finally been accepted by scholars, the argument continues over whether “Blessed Assurance” expresses Hughes’ own experiences when a younger man in the black church-going community.

Argument continues, too, though with less juice over time, regarding same-sex heartbreak in his “Poem (F.S.).” It is now believed that the F.S. in the dedication is Ferdinand Smith, a sailor with whom Hughes had a relationship.

Though the homosexual subtext of Hughes’ work is now acknowledged, during most of Hughes’ lifetime he remained closeted. A rare African-American writer and poet to achieve literary and financial success, to live openly risked losing that status.

Perhaps no author hid in plain sight better than Patricia Highsmith (1921-1995). Highsmith hid the reality of her life—the many lesbian affairs, the alcoholism and depression—behind characters who expressed it for her in gender reverse.

The five Tom Ripley novels feature a physically attractive serial killer with a complex, quasi-sympathetic personality and homoerotic drives. Tom Ripley is the product of unmet aspirations, joys denied. In the first book, The Talented Mr. Ripley, we get to know Tom as someone who believes he’s entitled to those aspirations and joys.

Here’s where Highsmith snags us. We agree with Tom; he is entitled to life’s pleasures because we all are. Through Tom, we see how unfair life can be, how someone as shallow as Dickie Greenleaf enjoys a life of moneyed leisure while talented classical musician Tom—and the rest of us—claw for the scraps.

In her masterwork, Strangers on a Train, the homoerotic core of the murder story once again features a shallow member of the upper crust, Bruno, and a handsome, athletic social climbing naïf, Guy. The characters’ names are signposts of their personalities; Bruno’s psychopathy and Guy’s unclear identity. Together, they are Highsmith peering at us from behind the words.

In her one lesbian novel, 1952’s The Price of Salt, a pathbreaking story of a lesbian relationship not ending in sorrow, death, or retreat into heterosexuality, Highsmith hid behind the penname Claire Morgan. For a life as difficult as Highsmith’s, The Price of Salt can be read as literary wish fulfillment but its acceptance stunted—like Tom Ripley’s aspirations—by the cultural demand to hide behind a false name, lest her career be destroyed. It was only in 1990 that Highsmith acknowledged authorship.

Now, in this year 2020, we can take pride in our LGBTQ literary heritage, pride in the authors who weathered the prejudice but wrote our truths in language perhaps only we could understand. For this Pride Month, when parades are restricted or cancelled in a world on pause, let your mind and soul do the celebrating: read a book; share the author’s pride.##