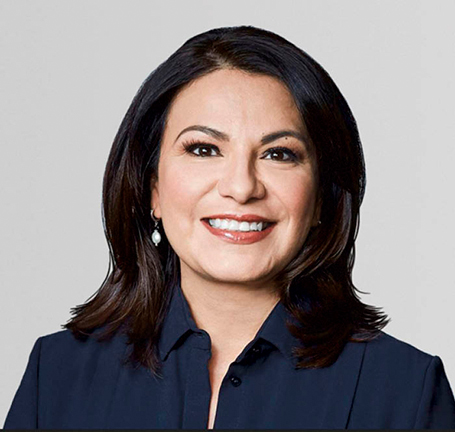 Getting Knocked Down, Getting Back Up

Patti Solis Doyle first learned this lesson at an early age. She had a full scholarship to Northwestern University that she subsequently lost. But she didn’t let that stop her. In order to finish her degree, she had to work days and go to school at nights, taking seven and a half years to finish a four-year degree.

As she had no immediate post-graduation plans, her brother helped her get a job working on the campaign for Chicago Mayor Richard M. Daley. It was there she discovered her passion for working on campaigns, a love affair that has lasted for 40 years. And it was that experience that led to her getting on a plane and heading to Arkansas to work on a presidential campaign for a not-yet-widely-known candidate, Governor Bill Clinton.

“I jumped at the opportunity not because I thought he would win, but because I loved campaigns so much.”

At the time, the Governor’s wife, Hillary, had no staff to support her in a growing number of tasks she needed to do to support the campaign. At first, Patti did not want to work for the candidate’s wife, but she was not given a choice. Thus began an 18-year partnership with Hillary Clinton.

That is how, at 25, Patti found herself standing outside the White House preparing for her first day as senior advisor to Hillary Clinton. The accomplishment was even more meaningful given her story. Patti was the youngest of six siblings. Her parents, Santiago and Alejandrina, immigrated to the United States from Monterrey, Mexico. English was not her first language.

“The first day I just stood outside the place and looked at it and started crying because I never thought I would get to this place in my lifetime.”

Like Patti, the First Lady also knew all too well that when you get knocked down, you have to get up again and keep going. Hillary Clinton was in charge of health care in 1994; not only did it not succeed, but because of that failure seats were lost in the midterm election.

“She took it on the chin, like so many of us when we fail. She recouped. She said, ‘I didn’t get universal health care, but what can we get?’. Hillary worked hard to get health care for children through the Children’s Health Insurance Program (CHIP) and laid the groundwork for further advances in health care.”

Of all the work done at the White House, Patti is particularly proud of Hillary Clinton’s trip to Beijing in 1985 for the International Conference on Women, where Hillary proudly proclaimed, “human rights are women’s rights—and women’s rights are human rights.”

“At the time there were those in the White House and State Department that did not want the First Lady to speak at this conference, afraid of damaging a nascent relationship with China. I am extremely proud of that speech.”

Patti took leave from the White House to run Hillary Clinton’s Senate campaign in New York state. Senator Clinton made history in 2000 by becoming the first First Lady to be elected to office.

Fast forward to 2008 and Patti becomes the campaign manager for Hillary Clinton’s presidential primary campaign, making Patti Solis Doyle the first Hispanic woman to run a presidential campaign. Things did not go quite as planned. Patti was dropped as campaign manager after some poor showings in the primary.

“Sadly, I did not win. In fact, I got fired because we were losing—I felt like I let so many people down when that happened. It was a real heartache for me, but I picked myself up—which is what this business teaches you to do. And when I got back on the horse, these young Hispanic women would come up to me and tell me I was a role model for them. I realized I didn’t let people down.”

Like a professional, she picked herself up, dusted herself off, and kept going. Soon she found herself working for Barack Obama.

“My job was to figure out the launch for the vice president—who is it going to be? What is the launch like? We had different roll-out plans depending on who the president selected.”

Patti was excited when Barack Obama selected Joe Biden to be the vice presidential nominee. “His sons had kids at the same school that my kids were at. So we knew each other and liked each other very much.”

“Joe Biden’s experience, particularly in Washington and in foreign policy, and Joe Biden’s ability to speak to working class people—the way he spoke and what he said resonated—were so powerful. The experience was a whirlwind. It’s one of those jobs when you go from 0 to 60 overnight.”

On election night, the campaign gathered in Chicago to await the election results. Patti returned to her hometown and the city where she worked on her very first political campaign. She will never forget that history-making election night and seeing the president-elect and vice president-elect walking on to the stage.

“Obviously, I was incredibly disappointed that Hillary Clinton lost the nomination—but the fact that we lost to Barack Obama who became the first African American president made it easier.”

Patti looks forward to seeing the day when a woman is elected president. She notes, “the bar is still higher for women. You have to be smarter—look better—dress better—you just have to be better than a man and that is astonishing for me. There is still a great deal of sexism in this country.”

Looking back on her career, the many years she spent with Hillary Clinton give her great pride.

“Looking back, what I’m most proud of is the small role that I played in making Hillary Clinton a trailblazer for all women of all ages all around the world. More and more women are running for office—not just president, but other important offices like school board, mayor, and congress—which is fantastic.”

Patti Solis Doyle is a speaker at Women’s FEST 2022. Hear Patti Saturday, April 9, at 1:15 p.m., at the Atlantic Sands Hotel. Learn more about Women’s FEST and see a complete schedule at camprehoboth.com/womensfest.▼