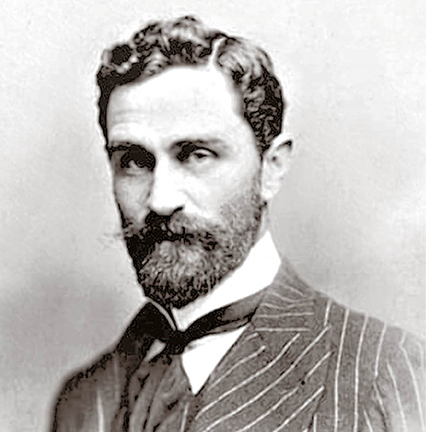 It’s the month of the Wearin’ O’ the Green, when Saint Patrick struts his stuff and all the world is Irish, even if it’s just for the length of time it takes to swallow a whiskey or a stout.

So while those Irish eyes are smilin’, they’re smilin’ not just in celebration of the famous saint. But also in memory—with a tear in the eye—of the Easter Uprising which cost many lives but led eventually to an independent Republic of Ireland.

Among the lives lost in that struggle was Irish-born diplomat Roger Casement. Though a Protestant, Casement was a fervent nationalist, believing that the British must relinquish control of predominantly Catholic Ireland.

Casement’s journey from a loyal servant of the British Empire to a rebel with a cause began in a region far from the misty isles: in the African Congo, then under the exploitation of Belgium’s King Leopold II. Casement’s experience in the Congo was extensive, beginning in 1884 working with Henry Morton Stanley (he of the famous line, “Doctor Livingstone, I presume”) for the Africa International Association. This organization was, in fact, a cover for King Leopold’s ravaging of the Congo and the abuse of its native population.

In time, and through assignments in the British Foreign Service, Casement’s attitude toward European colonization changed from believing that the colonial enterprise would civilize what Europeans saw as primitive peoples to the realization that European colonization was brutal, and that King Leopold’s exploitation of the Congo was even criminal. Even the British Foreign Office, a sturdy supporter of European colonization, was alarmed at the extent of Leopold’s abuses. They commissioned Casement to make a study of the situation, and in 1904 he issued The Casement Report. The report revealed “the enslavement, mutilation and torture of natives” by Leopold’s representatives and on the rubber plantations.

This reversal in his attitude toward colonization became the start of Casement’s journey to rebellion in Ireland. No mere armchair observer, Casement was an active participant in the 1916 Easter Uprising. During an operation of running guns into County Kerry, Casement and other rebels were caught and arrested. He was put on trial for treason, an offence punishable by death.

Casement’s supporters and defense, on the other hand, argued that it was Casement’s perversion itself which indicated an ill mind and therefore, as someone mentally ill, deserved clemency rather than death. In other words, Casement’s alleged homosexuality was deserving of either death or the insane asylum.

The Crown’s prosecution prevailed, and Casement was officially found guilty of treason and unofficially guilty of the crime of homosexual activity. With a death sentence looming, Casement appealed his case. Supporters no less influential than George Bernard Shaw, the Irish poet W.B. Yeats, and the creator of Sherlock Holmes, Sir Arthur Conan Doyle, all appealed for clemency. But it was to no avail. On August 3, 1916, Roger Casement was hanged at London’s Pentonville Prison, the last of 16 Irish rebels executed for treason.

In any event, the idea that someone’s personal sexual life between consenting adults can be used to determine the worth of that person’s entire existence, and in Casement’s case and others throughout our LGBTQ+ history, a determinant if that life is allowed to live at all, still resonates in our community.

The ghost of Roger Casement does indeed still beat at the door. ▼