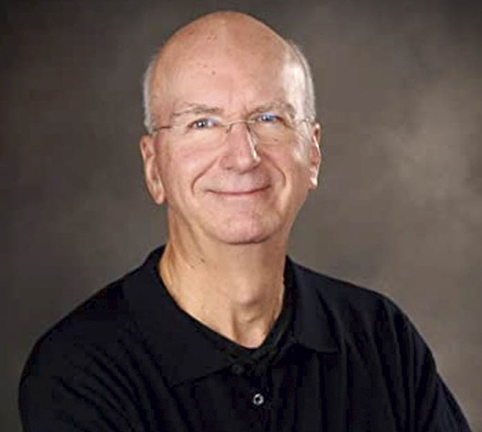 The firebomb incinerated the body beyond recognition. Such a brutal murder would be a headline story in Paris any other day. But today, the whole world watched a different fire, one of historic magnitude….

Thus begins The Firestarters, by local author Jackson Coppley. The story: Nicholas Foxe uncovers a guild of pyromaniacs that traces its roots to ancient Rome. Were these modern-day fire starters responsible for the fire at Notre Dame? Were they responsible for a firebombing at The London Eye? Do they now have targets in the United States? Nick finds an important clue deep in the ruins of Nero’s buried palace and realizes the firestarters’ work has just begun.

That certainly makes me want to read it!

So, who is Jackson Coppley? At a nice little breakfast nook the other day, Jackson pondered the question. “Who the hell am I?” he said, repeating my question (well, sort of). Jackson is a writer of stories; he became one when he didn’t need money anymore, echoing the story of many writers before and after him.

Jackson was born in North Carolina, and found himself studying physics at North Carolina State University. After graduation, he moved to DC and began working at his career-long jobs at major companies such as Bell and IBM. He started out as a technical writer and somewhere along the line, began writing short stories. The seeds of a novelist were planted.

Three of his novels involve the adventurer Nicholas Foxe. How did Jackson conjure him up? Well, there’s certainly a touch of Indiana Jones in him, but his main influence came from Mission Impossible. Not the Tom Cruise one that you young‘uns know, but the Peter Graves one that Jackson and I know from the 1960s. That Jim Phelps orchestrated the adventures we saw each week. Like that venerable old show, the Nicholas Foxe stories are edge-of-your-seat thrillers. Hence the inimitable Nicholas Foxe.

Jackson briefly moved from his Nicholas Foxe stories to examine the haunting character of Lisa Chamberlain in Leaving Lisa. In it, he asks, “What if a device could capture everything imaginable about one person, that person dies, and you could ask it anything…especially the questions you neglected to ask when alive?” Jason Chamberlain’s wife, Lisa, dies and the machine, in her voice, sends him on a journey around the world to spread her ashes. Unlike the Nicholas Foxe character, which was inspired by a person on a television show, Lisa came from an idea cultivated from his years of technical background and an interest in artificial intelligence.

Jackson’s novels provide a glimpse of the past while pointing to the future. He sees evolution not as a straight line but as a moving picture, from 10,000 years ago to the internet of today. That picture has many twists and turns, and we can’t ever be sure where those adventures took us and where they will move us today and tomorrow. His stories examine the trip from past to present with a taste of the many possibilities that trip avails us.

As a world traveler, Jackson has developed an interest in and an understanding of cultural differences and nuances, which play an important role in his stories. So how did this world traveler move from an urban landscape to slow, peaceful Rehoboth? While he was dating his future wife and business partner, Ellen, they shared a group house here. Like so many of us émigrés, they loved the town and moved here in 2010. They attend events at CAMP Rehoboth, especially art showings, and share in the town’s many wonders.

Being a novelist can be both rewarding and daunting. Of course, Jackson loves a good review, and he also likes talking to readers who say, “I stayed up all night reading your book!” Then there’s the other side of it. There is an explosion of new books, 7,000,000 out there. Only one in four of us reads books, but that translates to 80,000,000 folks out there reading. And no matter how good you are, or how well-reviewed you are, there is a constant competition for readers. That’s one of the reasons the fabulous Browseabout Books means so much to him.

They carry all of his books, and celebrate his local connection. It’s another of the town’s many wonders.

And that certainly makes me want to read his stories! ▼

You can find Jackson Coppley’s novels at Browseabout Books in downtown Rehoboth, at Jackson and Ellen’s publishing house, Contour Press, and on Amazon.