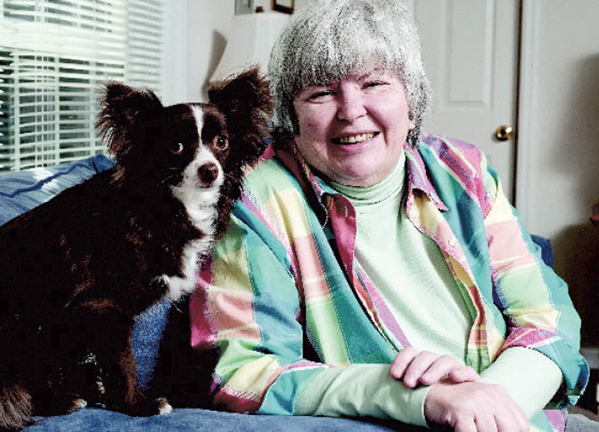 Betsy Is Gone but Her Story Lives On

I will miss Betsy Schmidt and her wonderful stories. The most amazing of which was the puzzle of her birth.

Betsy Schmidt, of Rehoboth, was a retired teacher, Pittsburgh Symphony French horn player, and competitive sailor with the Lewes Yacht Club. She just passed away (see We Remember) and her story bears retelling.

After 20 years of searching for her birth certificate and heritage, facing dead ends, cover-ups, and shocking revelations, Betsy learned why she was drawn to the beach. She was born at the edge of the sea in East Chester, Nova Scotia, part of a tragic adoption scandal so appalling it took two federal governments and 40 years to unlock the mystery.

Betsy’s journey started in the 1980s when her adoptive parents passed away and Betsy felt free to search for her birth parents. Besides, with no real birth certificate, she couldn’t get a passport. So, Betsy started to dig. First, she found her mother’s letters from a Nova Scotia attorney assisting with adoptions. She reached out to US and Canadian agencies but the search proved frustratingly non-productive and she gave up.

She first came to Rehoboth working the lights for a theatre company performing atop the Henlopen Hotel. Betsy wound up staying in several in-town Rehoboth cottages and lived here part-time when she discovered sailing. It became a passion.

Her search began again when she applied for Social Security, having paid into the system for years, but not having the requisite birth certificate to apply. In 2008 she contacted Canadian immigration authorities but got no answers. “I felt there was something they weren’t telling me.”

Then, in 2009, out of the blue, a relative called with news of a friend adopted from Nova Scotia. When Betsy called the woman, asking about their adoptions, the whole story tumbled out.
Betsy learned she was one of about 300 babies who survived what was called the Butterbox Baby Scandal at Chester’s Ideal Maternity Home, a misnomer if ever there was one. It was only ideal for its cruel and greedy owners who ran an illegal home for unwed or poor mothers in the rural Canadian province. Many babies died in infancy and survivors were sold to American couples on the black market in the 1930s and 40s.

Back then, most US adoption agencies were run by Christian charities, and laws forbade cross-religious adoptions. Many babies like Betsy, from the squalid maternity home, went to Jewish families. The home provided these desperate people illegal adoptions, charging up to $10,000 for a baby.

But the adopted babies were the lucky ones, as hundreds of the facility’s children died at birth or succumbed to neglect, or worse, at the home. The lost babies were buried behind the home in boxes in which the local dairy delivered butter. Hence the Butterbox Baby Scandal.

The Ideal Maternity Home operated from the late 1920s through the late 1940s. When conditions there finally came to light, the owners were tried and convicted of crimes including manslaughter.

“Imagine finding all this out more than 60 years later. It was completely overwhelming,” Betsy told me at the time. “It was no wonder that Canadian authorities did not want to talk to me about this. The truth was too awful.”

But a book and documentary film finally revealed the story. Sitting and reading the book in her cozy Rehoboth home, Betsy was blown away. “I found my name in the book. It said Kathleen Elaine Kennedy, who went to live with the Schmidts of Pittsburgh. I was reading and crying; it was overwhelming,” she said.

There had to be some way to turn this shocking discovery into something affirming. And Betsy did.

Betsy learned of a Canadian adoptee hosting “Butterbox Baby reunions,” and traveled to Nova Scotia to meet with other survivors. She recalled, “When I arrived, I was hugged and welcomed. It wasn’t sad, it was joyous, turning something horrible into a celebration.”

She also met with officials who investigated the scandal, authors writing about it, and many US adoptees who survived the horrendous conditions. “It was the most emotionally draining week of my life, but also the most wonderful.”

But Betsy wanted to know more. Did she have siblings? What happened to her mother?

As it turned out, yes, she had siblings. Tragically, her mother had been told her baby died, and mourned her. And her mother passed away just before Betsy learned of her existence. But she met all her siblings and their offspring and inherited a whole new family. Many trips to Nova Scotia later, Betsy delighted in telling the stories of her visits.

“Certainly, my mother and father raised me with a lot of love, in a happy household, but I felt there was always a piece missing. And I got to solve the puzzle,” Betsy told me in 2010.
Indeed. She will be missed. But her story will live on in history. ▼