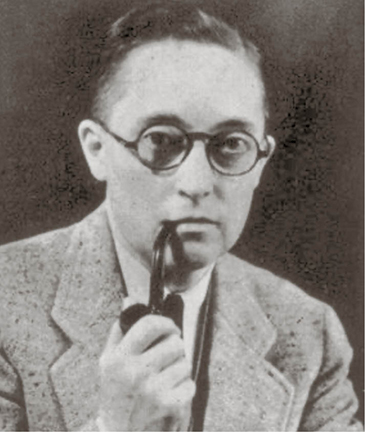 Just when we thought we could relax a bit, even if only a tiny little bit, now that we’ve achieved marriage equality and a few other long-fought-for rights and protections, renewed attacks on the health, happiness, and rights of the LGBTQ+ community are once again nipping at our tushies. The fearful, the narrow-minded, the I-don’t-know-what-the-hell-bothers-them crowd is busy wringing their hands in hysteria about how we raise our children, what goes on in our bedrooms, and what’s hanging―or not―between our legs.

And while the entire LGBTQ+ community is in the crosshairs of this renewed oppression, our trans brothers and sisters are often the first to be targeted. The courage of the trans community in the face of such belligerence is, frankly, heroic.

It was ever thus. In the case of Dr. Alan L. Hart, his choice to live as a trans man in the early days of the twentieth century was not just heroic personally, it was heroic in his contribution to medical science and the saving of lives.

Dr. Hart was born Alberta Lucille Hart in Halls Summit, Kansas, on October 4, 1890. After her father died when Alberta was two years old, her widowed mother moved with her toddler daughter to Albany, Oregon. According to later texts and interviews, little Alberta Lucille felt more like a boy than a girl, and by puberty was sexually and romantically attracted to other girls.

She was also brilliant. She graduated salutatorian from high school, and after one year in Albany College she transferred to Stanford University. Upon graduation in 1917, Hart enrolled in the University of Oregon Medical School, an unusual and not always welcome step for women at the time. But her brilliance could not be denied, and she graduated first in her class. Moreover, she won the prestigious Saylor Medal for graduating as the top student in every one of the medical school’s departments.

Though Alberta Lucille Hart was acknowledged for her brilliance, this was still the early twentieth century, a period still in the grip of the Victorian/Edwardian faux-morality of looking upon brainy women with suspicion. Bad as that was, Sapphic women were subject to ridicule, and gender non-conforming women (and men, for that matter) were held in utter contempt.

Under these circumstances, Hart sought psychiatric help from Dr. J. Allen Gilbert. Initially desirous to rid herself of her male tendencies in order to fit in with the world, as time went on Hart called a halt to the therapy. Her inner identification as male was just too strong and, it was later reported by Dr. Gilbert in his 1920 case study, Hart was afraid the therapy would indeed work and she would lose her male identity, a future she found intolerable.

Fortunately, and unusually for the time, Dr. Gilbert was sympathetic and supportive. The conversion therapy ended. Hart’s desire to rid herself of her internal female biology led Dr. Gilbert to arrange a hysterectomy for his patient. After surgery, Alberta Lucille Hart was now Alan L. Hart.

And what a life he led! Though there was plenty of disparagement and hatred thrown his way, including dismissals from various hospitals where he practiced medicine, Dr. Alan L. Hart nonetheless persevered in his pursuit of a medical career.

He went on to earn degrees in radiology and public health, the latter from Yale University, and thus to a distinguished and important career. Hart’s expertise in radiology led to his breakthrough development of using X-ray technology to actually detect tuberculosis, a dread and highly contagious disease, before symptoms appeared. This invaluable knowledge allowed doctors to separate early tuberculosis patients from other patients in their hospitals, thus preventing the spread of the disease. Literally thousands of lives were saved.

Hart remained in Connecticut until his death at age 71 due to heart disease. He married, and practiced public health medicine as a valued doctor with Connecticut’s Department of Public Health. After years of bouncing from hospital to hospital, Dr. Alan L. Hart had finally found a home.

Today, Dr. Alan L. Hart is celebrated in the medical profession for the development of practices which stopped the spread of one of the early twentieth century’s most horrible scourges. He is also an inspiration in the struggle for trans rights and dignity.

Now acknowledged as the first female-to-male patient in the United States to have a hysterectomy in service to gender identity, Hart’s courage can be summed up in a March 1918 interview he gave to the Albany (Oregon) Daily Democrat following his public outing by a Stanford student: “I have been happier since I made this change than I have ever been in my life and I will continue this way as long as I live…I came home (to Albany) to show my friends that I am ashamed of nothing.” ▼