It’s been called! On November 7, 2020, Delaware’s Joe Biden was declared President-elect of the United States. Biden achieved an electoral count of a least
274. Just 270 electoral votes were needed to win the election. Kamala Harris is Vice-President-elect in an historic win as the first woman and first person of color
to hold the office of vice-president. There will be recounts, lawsuits, much rhetoric, and more to come, but Biden and Harris have unseated the incumbent Trump-Pence administration. ▼ 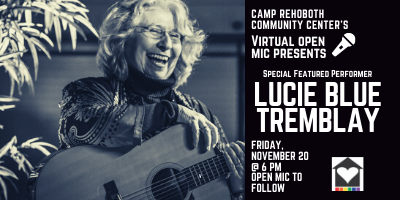 In conjunction with Breaking the Sound Barrier—a traveling exhibit celebrating the Women's Music Movement from the 1970s to the 1990s that will be on display at CAMP Rehoboth in November—this month's Virtual Open Mic will welcome a short, featured performance by women's music pioneer Lucie Blue Tremblay.

At the Virtual Open Mic on Friday, November 20, Lucie will perform a 30-minute set at 6 p.m. to kick things off, then others are welcome to perform. Audience members may watch via Facebook Live on CAMP Rehoboth's Facebook page, and those wanting to perform should join via Zoom: http://bit.ly/CAMPvirtualopenmic. 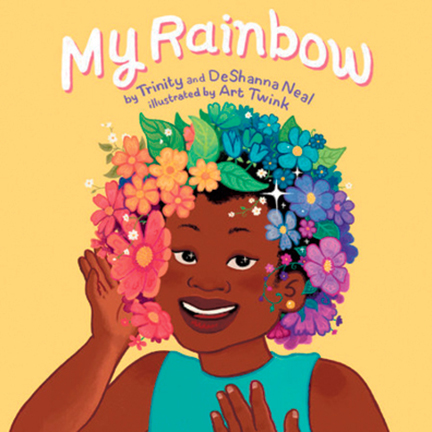 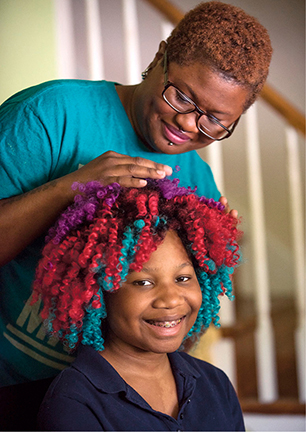 My Rainbow tells the powerful and true story of Trinity, a Black, transgender girl with autism longing for hair that matches her gender expression. Her mother, DeShanna, hears her concerns, and channels her love and support for her daughter into finding a creative solution.

The story echoes the Neals’ broader lived experience. DeShanna’s determination to support her transgender daughter has led her to speak before the Delaware Senate, to challenge Medicaid for Trinity’s medical care, and now to share their story of unconditional love and support in a groundbreaking and beautifully written and illustrated children’s book.

October not only marked leaf peeping, spooky season, and all things pumpkin, but more importantly it was LGBTQ+ history month.

With prominent days such as National Coming Out Day, Spirit Day, and International Pronouns Day, October meant a lot to the LGBTQ+ community. At Boston Beer (and Dogfish), a lot of our coworkers were unaware of how prominent this month is for other coworkers, drinkers, and communities.

Our mission for October at Boston Beer was to not only support our brand’s authentic commitment around National Coming Out Day, but also to create impactful programming to engage and educate our coworkers.

For that reason, author, humorist, activist, and all -round amazing human, Fay Jacobs, came instantly to our minds as someone who could shed light on LGTBQ+ history for us. We held a Zoom program over lunch, where Fay came in and gave a 40-minute presentation of some key LGBTQ+ milestones followed by a 20-minute Q&A. We were completely honored to host Fay, and to thank her for her time, we wanted to make a contribution to CAMP Rehoboth in her honor and to help continue her impact.

We are extremely grateful for Fay’s participation with us and hope you all had a happy LGBTQ+ history month!

It’s been called the Rainbow Wave: nearly 850 lesbian, gay, bisexual, and transgender (LGBTQ) candidates nationwide running for public elected offices. And on Tuesday, November 3, 2020, the wave made it to Delaware.

Historic wins by three newly-elected Delaware legislators are a part of that wave. Delaware Senator Sarah McBride is now the first transgender elected official to a state senate in the country. Senator Marie Pinkney is the first Black, openly lesbian legislator in the state, and Representative Eric Morrison is the first openly gay state legislator.

CAMP Rehoboth celebrates these victories and hosted a joyous Zoom conversation with McBride and Morrison the day after the election.

Just after she voted in the primary election, Sarah McBride said, “I’ve never voted for someone like me before.”

“And we, at CAMP Rehoboth, feel great about that!” exclaimed David Mariner, Executive Director of CAMP Rehoboth in Delaware.”

Friday evening November 13 is the third CAMP Rehoboth Handmade Market in the CAMP Courtyard. Beginning at 5 p.m. and continuing until 8 p.m. the Market offers the wares of local artisans in a safe and socially distanced manner.

The first two Market nights were a huge success and this one promises even more hand-made art, crafts, jewelry, and surprises. Come check it out and do some early holiday shopping.

World AIDS Day takes place on December 1 each year, and despite pandemic restrictions it will go on again for 2020.

This day is an opportunity for people worldwide to unite in the fight against HIV, to show support for people living with HIV, and to commemorate those who have died from an AIDS-related illness.

You can attend the 7 p.m. event at Epworth United Methodist Church on Holland Glade Road and be part of our candlelight drive-up vigil; you can watch the event from the comfort and safety of your own car. The service and reading of the names will be safety held under the outdoor portico at Epworth. If you cannot attend the live event, watch the live stream on the CAMP Rehoboth Facebook page.