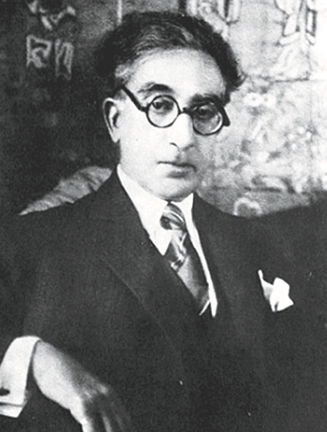 Thanks for the Pleasure: Constantine Cavafy

At this writing, the election has not yet taken place, its outcome unknown. This column will be published after the election, at which time I will either be dancing with joy or struggling to find a way to survive despair.

But the theme of this issue of Letters from CAMP Rehoboth is Thanksgiving, so at this moment of uncertainty, when my sense of hope is ceaselessly nibbled at by fear, finding something to be thankful about provides a way for me to prevent the nibble from becoming a menacing chomp.

There are plenty of people, of course, throughout LGBTQ history who our community can be thankful for: activists who’ve raised their voices and their fists, often risking their lives to improve all of ours. But to be frank, at this time of tumultuous politics and incessant messaging, more noise, no matter how necessary it’s been in the past and remains necessary, is lower on my list of things for which I’m thankful. What’s at the top of my list is the more beautiful aspect of LGBTQ existence: our creativity.

In this instance, I mean poetry. Poetry is the spoken music of human experience. At this moment, the music I’m deeply thankful for, the music which brings me into intimacy with intimacy itself, is from the pen and passions of early 20th century Alexandrian Greek poet Constantine Cavafy.

Eroticism wasn’t Cavafy’s only poetic truth. Like all great artists, he found truth in other areas of human activity. He was especially attuned to Classical and Medieval Greek and Middle Eastern history. But his homoerotic poems, written at a time when expressing homosexual desires risked social ostracism, loss of employment, and worse, bore down into the intimate truth not just of being alive but the experience of feeling alive.

Born in 1863 in Alexandria, Egypt to Greek parents, members of a community dating back to the city’s founding by Alexander the Great in 331 BCE, the Cavafys also lived briefly in England. The European financial collapse of 1877 brought the Cavafys to hardship, and the family moved back to Alexandria, Egypt. The family moved again, this time to Constantinople (now Istanbul) in 1882, but returned to Alexandria in 1885, where Constantine remained until his death in 1933.

Cavafy saw and felt the tender truth of human intimacy equally in the pleasure shared on the dirty mattress of a squalid room or on the satin coverlet of a luxurious bed.

But how the life of the artist has gained.

Tomorrow, the next day, years later, the vigorous verses

will be composed that had their beginning there.

The LGBTQ community can rightly boast that we have filled the creative ranks throughout history: in art, literature, music, theater, dance, film, and fashion. We can be thankful for all of our artists, past and present, for they have enriched not only our lives, but everyone’s lives, even the lives of those who seek our belittlement or destruction.

And while I celebrate our ranks of artists and will continue to celebrate them in these columns of LGBTQ champions in our history, I am at this moment especially thankful for Constantine Cavafy. In this time of ugliness and lies (continuing, if the worst comes; remembered as warning if we are joyful after the election), we can find solace and truth in Cavafy’s lust—yes, lust—for lust itself, for the pleasure of human pleasure, the intimacy of intimacy.