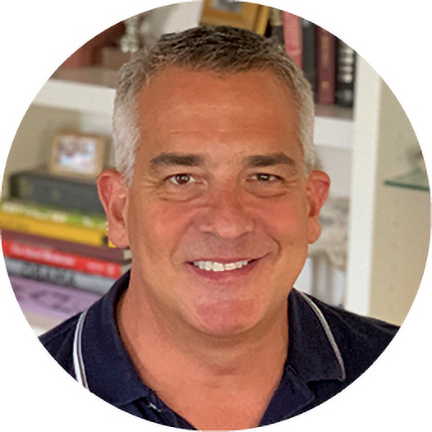 Looking on the Bright Side Has Never Been More Important

Let’s face it, there are plenty of reasons to focus on what is wrong with the world. Not only did the election season further polarize our nation, we are also living through a pandemic with no clear end in sight. Some have sought refuge by commiserating with like-minded people on social media, while others have consumed as much media as possible to stay informed and plan for another winter full of uncertainty.

I am here to say, STOP THE MADNESS. In the words of Peter Finch’s character Howard Beale in the 1976 film Network, “I want all of you to get up out of your chairs. I want you to get up right now and go to the window, open it, and stick your head out, and yell: I'M AS MAD AS HELL, AND I'M NOT GOING TO TAKE THIS ANYMORE!”

Easier said than done. One skill we have all strengthened in the last eight months is our ability to focus on the insanity all around us. It is no wonder why we have eaten more, drank more, and exercised less for a whole host of reasons. Serendipitously for me, my decision to become certified as an executive coach last October quite possibly saved my life.

Because of challenges life has thrown my way, I have tended to look at the glass half empty. When my father passed away unexpectedly when I was 12, my mother shared with me how much money he left us. At the time it did not sound like much and once I was old enough to know what was needed to feed, clothe, and put a roof over our heads, it was a miracle we did not become homeless. From that day forward, I craved stability and security.

I am not sharing this to garner sympathy but to provide some context. I became trained to expect the worst and question whether positive outcomes were achievable or deserved. I happened to be a competitive swimmer in high school, which I attributed to “something I happened to be good at.” Public speaking was another thing that came naturally but again, I never gave myself credit for developing a highly sought-after skill.

Having said that, the challenges I experienced in life forced me to develop coping and survival skills. My fear of the unknown made me question the status quo and do my due diligence before making decisions. Like it or not, I knew what could happen if you did not know what options existed if an outcome failed to materialize. Those who know me well will be quick to point out I want things done a certain way or there could be hell to pay. My husband actually coined this term to describe this annoying habit: managing the world (MTW).

A silver lining to my obsessive behavior is my ability to serve as a thoughtful mentor to my nieces and nephews, as well as to countless others seeking advice about work and life. I also had created a fulfilling and successful career path by recognizing what motivated me and taking roles that aligned my strengths. Which is why becoming an executive coach felt like a natural extension to my years of experience serving as a consultant.

One of the first things I learned after beginning the Co-Active Training Institute’s program was their approach is based on this premise: “Coaching is chiefly about discovery, awareness, and choice. It is a way of effectively empowering people to find their own answers, encouraging and supporting them on the path as they continue to make important choices.” In other words, if we make decisions aligned with our values, we will be happier and less stressed.

There actually is science to back up this claim. Research conducted by Christine Porath at Georgetown University has shown that negativity can have toxic effects on our well-being. When people are exposed to negativity or rudeness, it decreases performance because we tend to shut down and cease being helpful to others.

On the flip side, Porath’s findings showed there is a productive way to counter those effects by thriving. “Thriving individuals are growing, developing, and energized rather than feeling stagnated or depleted.” Thrivers are healthier and more resilient when facing stress and are “far less likely to have negativity drag them into distraction or self-doubt.”

Regardless of what happens in the election, the road ahead will continue to be bumpy. Our ability to focus on what we can control instead of what we cannot will allow each of us to thrive. Pay attention to what information you ingest and the people you spend time with to avoid negativity. Try to stay in the moment versus getting hijacked by future fears that may not come to fruition. It just may save your life.