For the past two years, I’ve been writing about people and their homes. I’d like to say it’s because I’m intrigued by the concept of home and how our relationship to it has changed during the pandemic. My motivation, however, is not so heady. As a social observer and a garden variety voyeur, I like to snoop around other people’s houses and then write about them. Every house comes with a good story.

For this column, I thought I’d tell the story of my own house, which was built in 1921. Any house in Rehoboth still standing after 100 years is worth writing about, don’t you think?
My house on Columbia Avenue in the Pines neighborhood was built as a modest, three-bedroom, one bathroom beach bungalow by the Chandler family who has run a funeral business in Wilmington, Delaware, since 1892. Houses on Columbia Avenue in the 1920s were identified by letters rather than numbers. My house address was G Columbia. The original wooden “G” still sits above my front door. The Chandlers sold it in the late 1980s to a couple from Baltimore.

During their ownership it was used primarily as a summer rental house. I’ve been told it had a rowdy reputation. My partner Michael and I became the third owners. We purchased it back in 1994 for what now looks like a song, but in fact was a financial stretch—and a leap of faith.

What I mean is that most of our friends back then were veterans of the summer gay group rental scene in Rehoboth. Few were actual homeowners. Rehoboth in the early 1990s wasn’t as much of a year-round town as it is today. Things basically shut down after Labor Day. Roads were still mainly two-lane, running south and east from Philadelphia and Washington. And the cities were where all the action was if you were a gay guy or lesbian.

Rehoboth also wasn’t as welcoming to gay folk as it is today. Many local residents feared that “sodomites and sinners” were starting to overtake their town. Inflammatory anti-gay rhetoric was common in the newspaper. Bumper stickers appeared proclaiming “Keep Rehoboth a Family Town.” And there were some terrible gay-bashings. I think it’s fair to say there was some reticence among many gay folk to take the plunge and invest in Rehoboth. 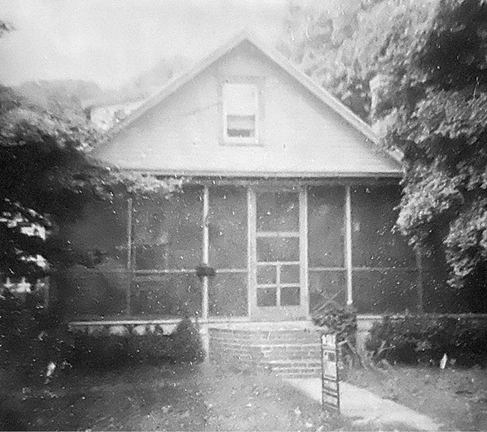 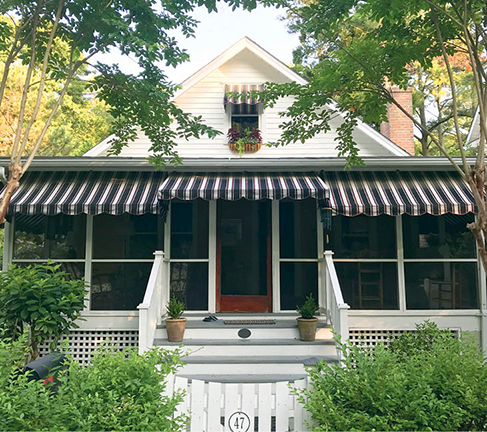 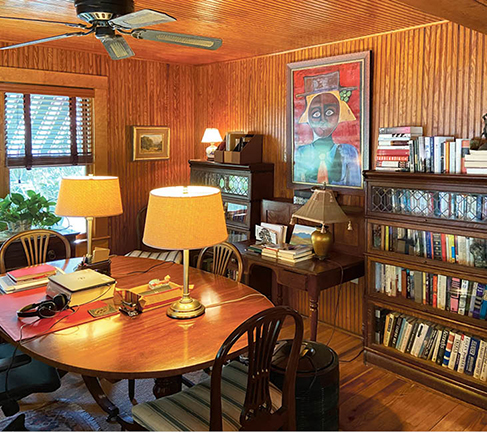 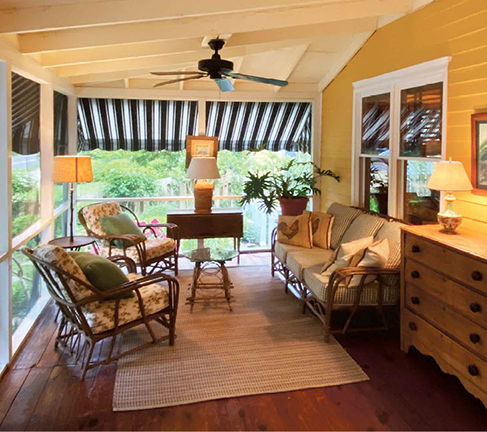 But leap we did, right into the green Jaguar convertible driven by Mary Lou Sheehan, a one-of-a-kind real estate agent—rest her soul—who was extraordinarily gay friendly. Not all realtors were back then. She was wearing a cheetah top and jeweled sunglasses and smoking a joint. We were carrying Bloody Marys. What could go wrong?

After a couple of hours looking at houses—and a couple more Bloodies—Mary Lou pulled up in front of a run-down little house. “Keep an open mind,” she purred. “The location is great…. All you need to do is trick it up.”

We followed her up an unstable set of brick steps that weren’t even attached to the house and onto a rickety screened porch with beat up white rattan furniture and pale pink mildewed cushions. She stood in front of the door, hands on hips. “Comin’ in,” she hollered. Hearing no protest, she kicked open the door with her black Prada boot. Beer cans went flying.

It looked and smelled like a fraternity house, but not in a good way. There were no sweaty shirtless bros playing foosball—of course, I’m dating myself now with that reference…. There were lots of liquor bottles on the floor and stacks of pizza boxes on big, bulky cargo furniture.

Looking beyond the mess, we could tell the place had seen few renovations over the decades. Tongue in groove paneling covered the walls and the ceiling. Luckily the wood had been shellacked and not painted. It had good hardwood floors and a working fireplace. It was everything we were looking for in a classic no-frills beach cottage. Of course, the foundation was crumbling, the kitchen appliances were circa 1965, and it looked like the wiring had been done using old lamp cords and extension cords. Though we couldn’t see or smell the ocean, we could hear it. And we were stumbling distance to Baltimore Avenue. We made an offer that very day.

As you might expect, we did have to do a bit more than trick it up. The biggest project was jacking up the house to build a new foundation and basement beneath it. It was surprisingly easy and cheap to do. We didn’t even take the paintings off the wall. Rebuilding the fireplace to the exact dimensions of the original one took forever because the devoutly religious brick mason refused to lay more than seven rows per day. Go figure…. Next, we expanded the front porch and added wide wooden steps. Of course, we upgraded the electricity and the appliances. But we didn’t touch the wooden walls or ceilings; we just cleaned and polished them.

Décor wise we furnished the cottage like an Edwardian gentleman’s club with comfortable upholstered furniture, wooden side tables, wooden Venetian blinds, bookcases, Oriental lamps, and paintings with gold gilt frames. A large dining table was a must for rowdy dinner parties. We added awnings to shade the house in the summer but never got around to putting in air conditioning. Window units have worked just fine when we need them.

In the end, our leap of faith was rewarded. We got our perfect house and Rehoboth became the perfect town for us. ▼