Thank You for the Music 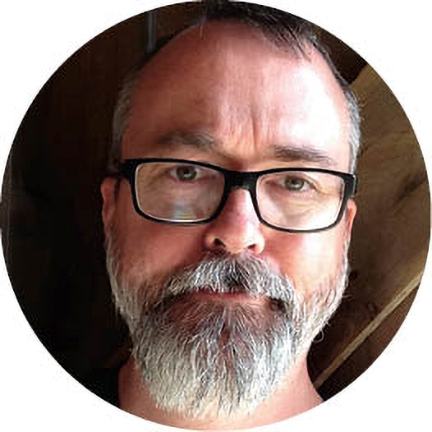 I am sitting here listening to the new ABBA album.

This is not a sentence I ever expected to write. The last new ABBA album, The Visitors, was released 40 years ago, a month after my thirteenth birthday. This one arrives a month after my fifty-third. The four members of ABBA themselves are all over 70. That all of us are still around to enjoy this moment is something of a miracle.

Like many gay men of my generation, I have a close relationship to the music of ABBA. But my introduction to them was unusual in that I didn’t first hear them on the radio or at a disco. I discovered them when my mother came home one day in the fall of 1979 with two albums for me. For months she had been waging a war against my interest in rock music, specifically the music of KISS, with whom I was obsessed. An intensely devout Baptist, she was convinced that listening to the devil’s music was detrimental to my spiritual well-being.

Suspecting that she was fighting a losing battle, she attempted a compromise. She went to a Christian bookstore, of which there were an unusual number in those days, and asked someone there to recommend some music that would appeal to a rock-obsessed 11-year-old but also not be too tainted by infernal influence. In response, she was handed copies of Bob Dylan’s Slow Train Coming and ABBA’s Greatest Hits Vol. 2.

The Dylan makes sense. Then a recent convert to Christianity, the former Robert Allen Zimmerman churned out Slow Train Coming as a celebration of his spiritual awakening. The album was popular—at least with those who celebrated Dylan’s acceptance of Christ—and Dylan earned a Grammy for the song “Gotta Serve Somebody.” But it was not something that appealed to adolescent music fans. Not this one anyway.

Now, it became clear after only a single listen that a mistake had been made. Why would anyone respond to my mother’s request for wholesome music fit for a (supposedly) Christian boy by handing them a collection of songs about longing for love after midnight, sneaking out to the disco, and flirting with older men? I had no idea. Perhaps the poppy sound made the music seem more wholesome than it was. Perhaps the clerk who helped my mother was somehow a kindred spirit and slipped it in hoping I would get the message. I have no idea. But I was smart enough not to say anything about it.

Instead, I spent hours in my room listening to those songs. I also ordered their previous greatest hits album from the Columbia Record and Tape Club and listened to that obsessively as well. In a world where the local radio station played mostly AC/DC and the like, and where my schoolmates sported shirts with Iron Maiden and Black Sabbath on them, ABBA was a glittery oasis into which I could escape and dream of a world that was more colorful, more alive, more welcoming of someone like me.

A year or so after my discovery of ABBA, I was asked to be the accompanist for the school choir. I’d played piano for years, but couldn’t sing a note, so this was a way for me to be involved. It also got me out of playing sports. So I said yes.

Imagine, then, my joy when one of the first songs I was handed to play was ABBA’s “S.O.S.” The song is particularly exciting for a piano player, as it relies heavily on both a pounding beat and a thrilling, rapid-fire run leading into the chorus that is breathtakingly fun to play when you get it right. I practiced it over and over, until my father begged me to play something else.

The night of the concert, I sat at the piano and dutifully played through the other songs, which as I recall included Melissa Manchester’s “Don’t Cry Out Loud,” and England Dan and John Ford Coley’s “I’d Really Love to See You Tonight.” But when it came time for “S.O.S.,” I came alive. For those three-and-a-half minutes I was part of the band, sitting under a spotlight as Frida and Agnetha begged someone to save them from their loneliness.

Listening to this new ABBA album, I remember how that felt, even though I haven’t touched a piano in more than 30 years. That night, for one song, I was a rock star. ▼