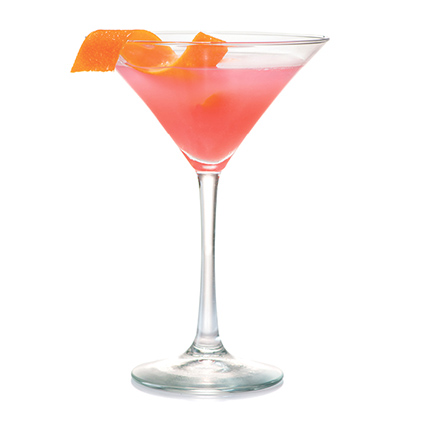 Can you believe this year? I’m writing this a week and a half before the issue hits the streets. Or iPads. Chaos reigns, with current events moving so fast I have no idea if October 16, when we publish, will have anything at all in common with today, October 5, when I’m writing. My friends in Canada said they feel like they’re living in the apartment above a meth lab.

Will the election still be a GO? Will Trump still have COVID? How far and wide has he selfishly spread his germs? Protect the nuclear codes, POTUS is on steroids! What a difference a day makes, 24 little hours. Every morning I need two cups of coffee and a GasX before turning on the news.

Recently, when friends from our COVID bubble invited us to a vodka and gin tasting, it seemed an appropriate event for these terrible times. Ever the vodka snob, I love my Grey Goose for a martini. Second is the pricey Belvedere, with its stunning etched-glass bottle. Mostly, though, I make do with the less expensive brands for adulterating vodka with cranberry or tonic.

So I went to this event happily looking forward to seeing friends and taking my mind off the cascade of October surprises in the news. I knew this drinking game would be fun, but I had little anticipation of an October surprise of my own from the tastings.

“Gin or vodka?” asked the hostess. “Vodka,” I said, flashing back to my being super snockered on gin as a college freshman. Even now, 54 years later, a sniff of Gilby’s and I’m back in the dorm with my head in a bucket.

So vodka it was, as the hostess placed before me nine tiny plastic cups, each numbered and containing a half-shot of vodka. First test: we swirled the cup to see if the vodka had legs, like red wine, though I’d never heard of leggy vodka. But the longer the vodka splashes stay above the vodka remaining below, the better it is said to be.

It’s called the Marangoni Effect, having something to do with surface tension. Tension is why I’m driven to alcohol in the first place but other than that I have no use for chemistry lessons regarding my cocktails.

It appeared that some taste test cases slowly drooled down while others sank like a concrete ankle bracelet on a gangster’s foot. None of the vodkas had strong legs, but the slightly pink-tinted sample dried on the side of the cup on the way up. Yuk.

We went on to judge taste, balance, and overall appeal. I did some gentle sipping for taste, feeling the liquid on the tip of my tongue, swishing it around like Listerine, then swallowing. Listerine might actually have been preferable to one of the tastes. Most of them tasted darned good to me.

The next round had me sipping to determine balance but I didn’t know what the heck that was. Uneducated about balance, I just did a bottom’s up times nine.

Lastly, we judged appeal. After nine slugs of vodka twice, who am I to judge? I mean it wasn’t a Blue Moon pour, but still, nine tiny cups made a healthy double martini.

Then, the samples were to be scored from 1 (unacceptable) to 20 (exquisite). Frankly, from the first tastes, I knew what I liked based on the Goldilocks Scale—too strong, too weak, and juuuust right. The worst could have passed for rocket fuel and the best cried out for immediate ice and pimento-stuffed olives.

But my overall favorite was, drumroll, Costco’s Kirkland—$12.99 for the same size jug. Seriously.

Back at home, back to the news, I grabbed a funnel and filled the gorgeous Belvedere bottle with Kirkland. It’s going to take a lot of this stuff to get me through November 3 or 4 or December 12 or January 17 or whenever the &#*% we know who will be the US President.

As for me, when 5 p.m. comes, I’m hitting Costco’s finest. And whatever your cocktail of choice may be, from Diet Coke to hot saki, Enjoy!

If only all of 2020’s horror shows ended as positively as my vodka tasting. Well, some can. This are my last words to you, my friends, prior to November 3. ACT up! VOTE.

Fay Jacobs is Managing Editor of Bywater Books and an author of five published books of humorous essays.. Her most recent is Fried & Convicted: Rehoboth Beach Uncorked.