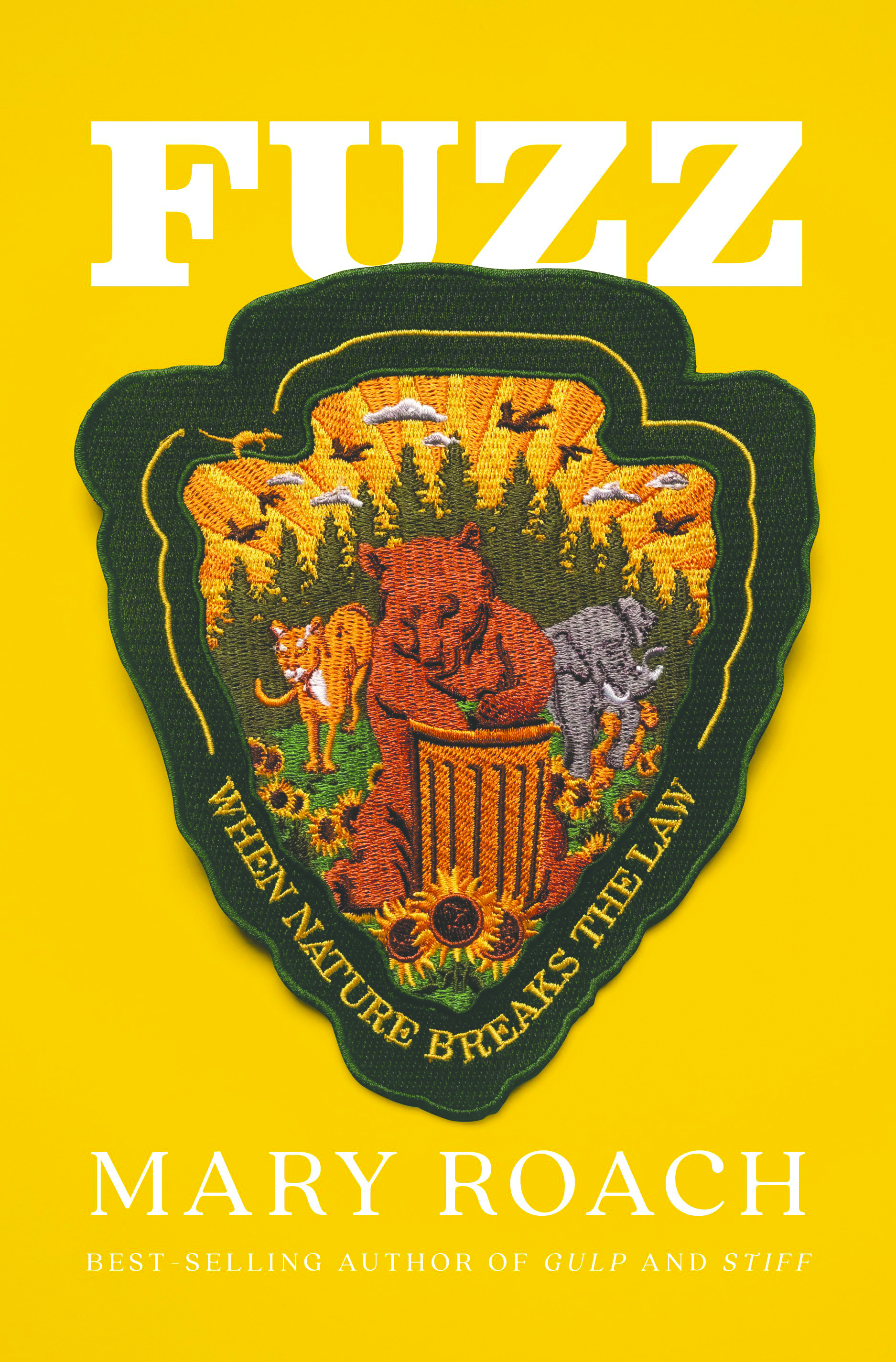 The pawprints were enormous.

That was your first thought when you saw them on the ground. Someone in the neighborhood just got a new dog the size of a horse. Is it close to Halloween? Or there’s a Sasquatch in the ‘hood. Or maybe, as in the new book Fuzz, by Mary Roach, you share the block with something that could eat you.

Murder, theft, assault, destruction of property…. It happens all the time between us and nature. But as Mary Roach discovered, there’s a reason it’s called wildlife: toothed-and-clawed scofflaws don’t always get caught and they rarely see jail time.

So, what kind of criminals are we looking at here, Your Honor?

Take bears, for example. Roach attended WHART (Wildlife Human Attack Response Team) classes in British Columbia, where mutilated mannequins help officials learn how to determine bear bites from wolf bites from scavenger nibbles. In Aspen, she learned that bears are really good at gently breaking into houses to find food but they’re not the only guilty parties: we humans are partially culpable in the bears’ snack-pilfering habits.

Elephants, as she learned, aren’t the long-lashed, big-eared snugglers from the movies. In India, they can be destructive to crops and vengeful to people, especially if they have grudges or are in musth. In that case, elephants have been seen stepping on villagers and tearing them limb-from-limb—though, because people there view pachyderms as deities, the killers are rarely, if ever, treated negatively for their actions.

That’s not quite the case with leopards in the Middle Himalaya, where the animals have killed hundreds of people through the years by seizing them from behind. Incredibly, it’s not until the third attack that anything’s done to stop the cat-astrophe.

In India, macaque monkeys live to “harass people.” Cougars can attack you (but they rarely do). Trees can become a “danger.” Deer, dromedaries—all dangerous.
Even mice can kill but yeah, there’s a “trapp” for that.

You can’t pet a bison. No selfies with a bear or moose. Leopard territory is off-limits. Please don’t feed the animals, so what can you do? You can laugh and learn by reading Fuzz.

Make no mistake, though: while author Mary Roach has a sneak-up-on-you sense of humor that will make you snort, what she shares with readers is serious stuff. As proof, she offers tales of animals doing things that humans would be arrested for doing and, like humans, this stuff can be bloody. It can be stomach-churning.

It also can be fascinating because Roach takes readers around the world with experts who know, sometimes first-hand, about the real habits of these creatures that seem so familiar. Reading that, seeing why elephant handlers are paid more, learning about “ridiculously lovable” attackers and furry light-fingered extortionists, shows that unlawful ursa exist, camels can act like criminals, and sometimes, nothing’s more apt than the word “jailbird.”

If you’re someone who loves to read aloud passages of your current obsession, Fuzz is your book. Clear your throat, prepare those around you; you shouldn’t wait to get your paws on it. ▼