October in the Chair

“His beard was all colors, a grove of trees in autumn, deep brown and fire-orange and wine-red, an untrimmed tangle across the lower half of his face. His cheeks were apple-red. He looked like a friend; like someone you had known all your life.”

The above title and quote are from Neil Gaiman’s Fragile Things: Short Fictions and Wonders. As I read it, I wished my beard could be described as such. Autumn, an amazing time of year, is the most wondrous and magical season to me. In his short story, October and the rest of the months surround a campfire and regale each other with their own stories; in this case, October is sitting in the chair which means he’s in charge. His story is somewhat dark as it resonates with the month of shorter days and colder nights.

However, my October includes everything I love about nature. The colors, the aromas, the textures, the temperature. Turning the calendar to October is like winning the golden ticket every year, or maybe we should say the golden leaf.

Some of my fall favorites in the garden are listed here. They include perennials, shrubs, and trees. So, get a cup of hot chocolate or cider, a fuzzy blanket, and let’s enjoy all the colors in October’s beard. 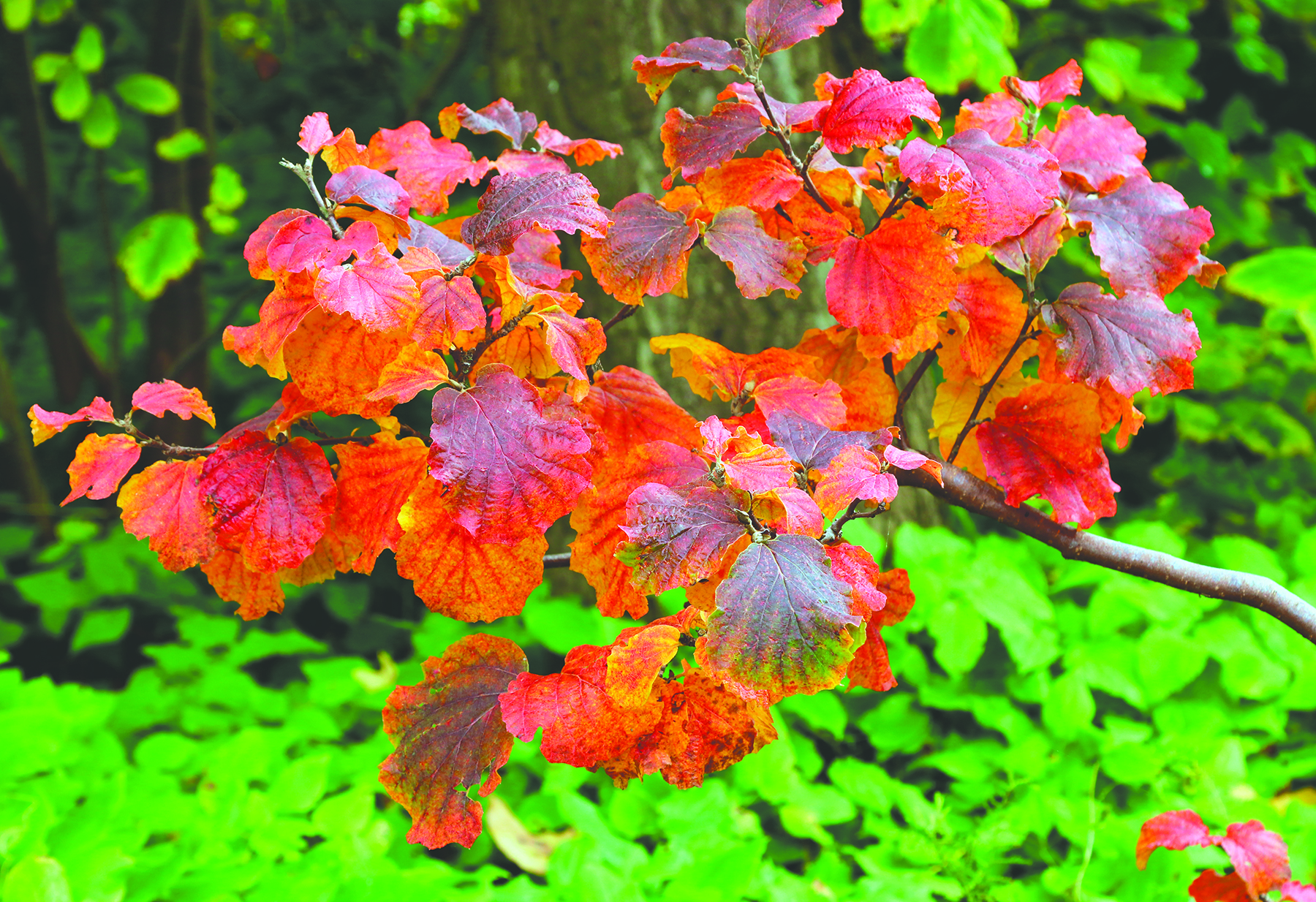 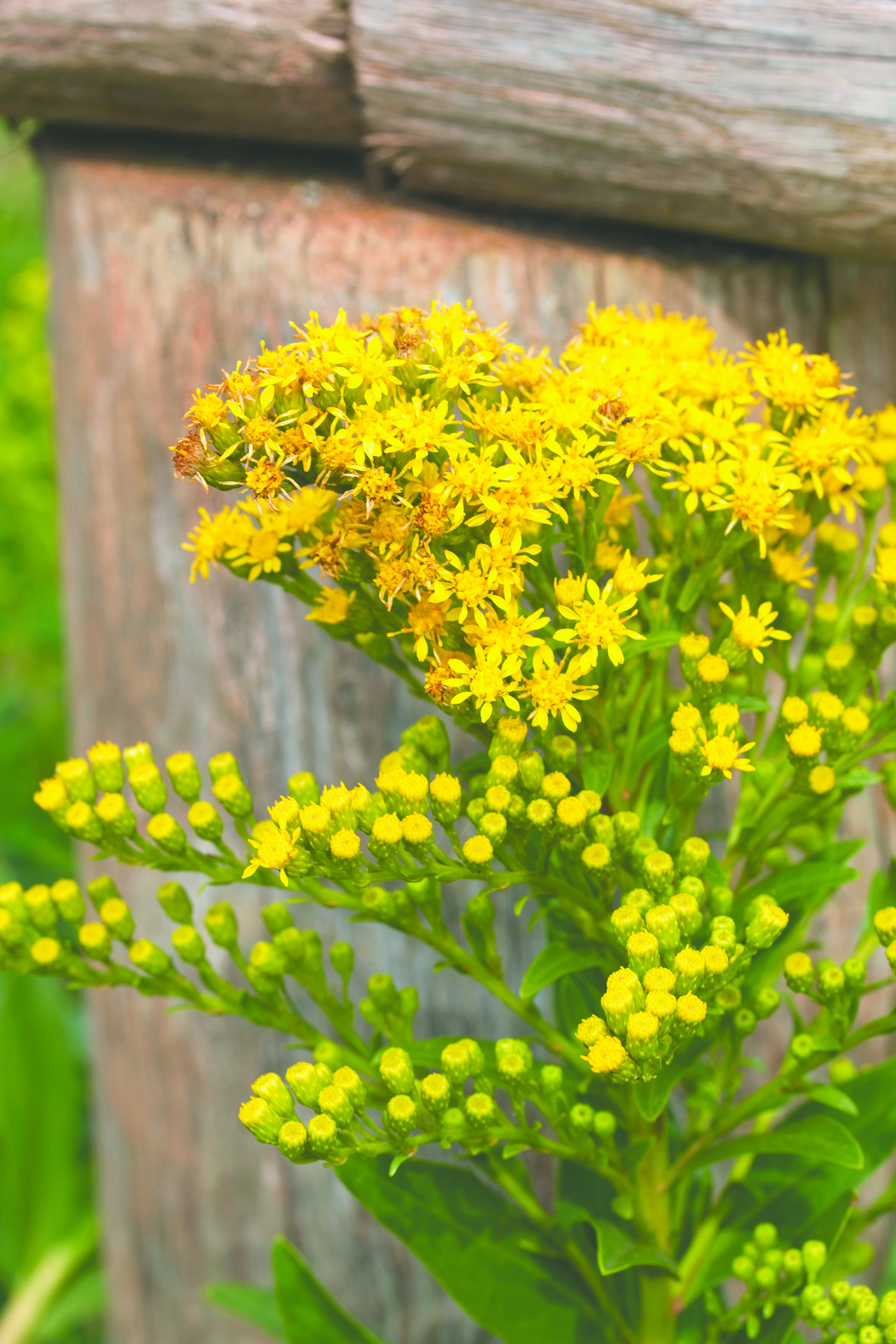 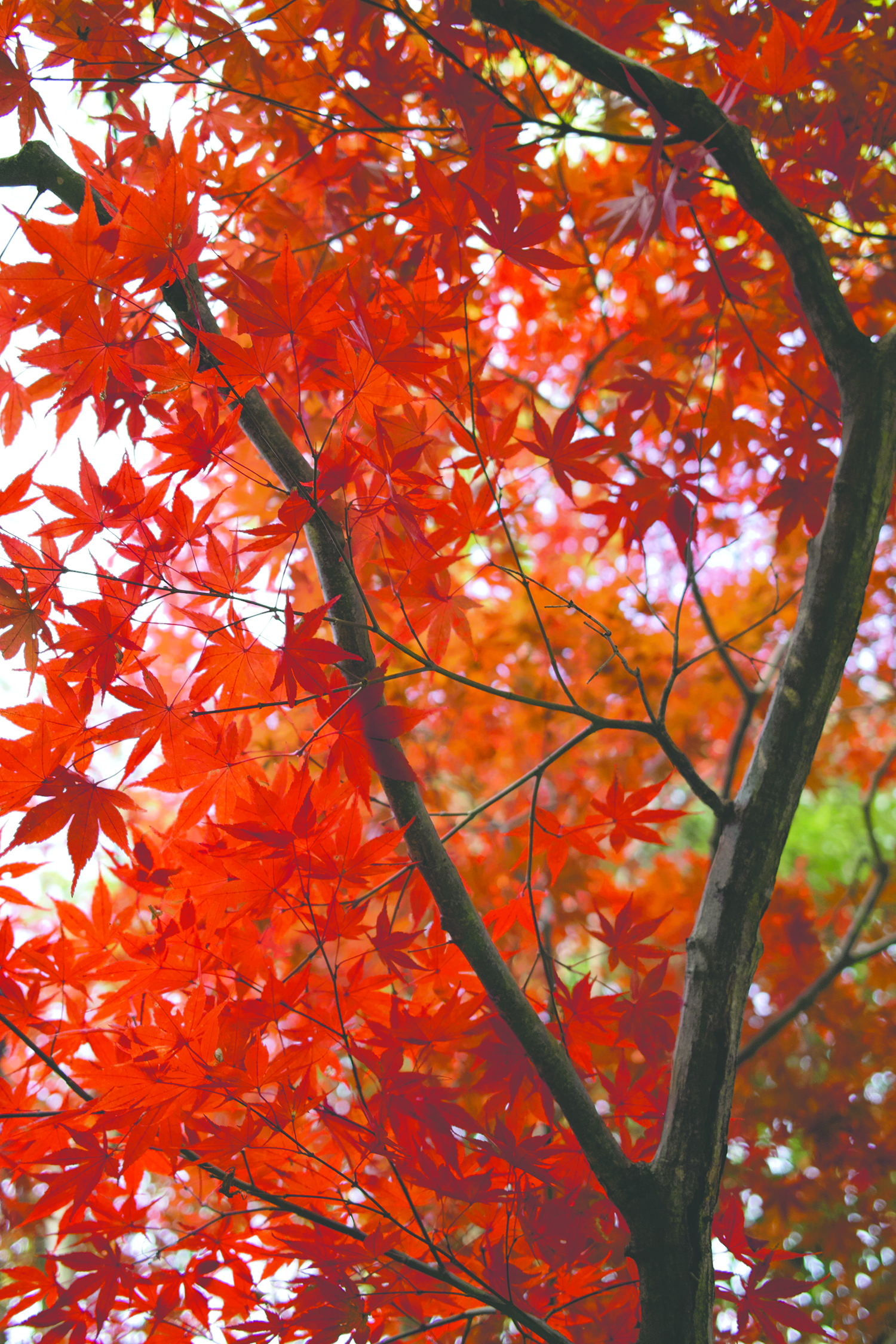 For perennials in the autumn, look no further than the many varieties of Solidago, also known as goldenrod. A local favorite is seaside goldenrod which can be found on the sandy dunes of the coastal area. Goldenrods provide late season pollinators with a place to land and feast before they begin their hibernation. The color can range from yellow to a deep gold color.

Hence their name and they are stunning when used in the autumn arrangement. Fear not for allergies because goldenrods are not the culprit for “hay fever.” Ragweed, which blooms during the same timeframe, is to blame.

Another perennial found in the dune areas is cactus pear. Their fruiting habit is quite beautiful and can be observed from mid-September through mid-October. Located along the dunes in the coastal area, cactus pear’s large, flat shape is a great contrast to the finer textures of grasses, goldenrods, and heaths that grow in the same community.

For shrubs, consider fothergilla and beach plum. Fothergilla is one of my favorite shrubs for its bottlebrush flowers that emerge in early spring. However, their coloration in autumn is a site to behold. Their distinctive leaves turn brilliant shades of oranges and reds. They do best in sunny locations with moist but well-drained soils.

Beach plum, on the other hand, likes the sandy soils along the coastal areas. Also found within the dunescape of Delaware, they bloom in spring with beautiful white flowers that turn pink once they are pollinated. Their purple, marble-sized fruits ripen in September and hang on the shrub until eaten by humans or wildlife, or sometimes dry while on the branch appearing like large raisins.

I would be an awful landscape designer if I did not include a couple shade trees in this list, as they do provide the most impact in the autumn landscape. Red maples, hickories, and oaks are the vast majority of shade trees in our region that provide the most color in fall. Red maples of course provide brilliant reds, hickories turn orange-gold, and the oaks can be purples to reds to rust colors. I think if we imagine a landscape with all these colorful contributors, we could actually get close to October’s tangled beard, amuse our friends with campfire stories, and have our time “in the chair.”

Stay safe and let’s garden together!