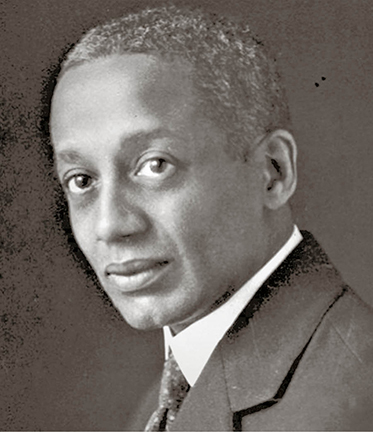 In the 1920s, America was a vibrant, kick-up-your-heels, anything-goes kind of place fueled by money raining down in deluges from Wall Street, and, despite Prohibition, booze flowing through America’s streets and country roads. A new, wilder spirit spread across the land, and with it came wilder art, wilder literature, wilder politics.

Modernism, that breakthrough aesthetic born in late 19th century Europe, came to American shores with the doughboys returning from the European trenches and their furloughs in Europe’s sophisticated cities during World War One. Modernism cracked American provincialism open like an egg in a chef’s hand.

Modernism gave Americans new freedoms; at least for those who wanted it. Young women certainly wanted it. They bobbed their hair and rid themselves of corsets and ankle-length skirts in favor of the “flapper” style of short hemlines on unconstrained dresses. Women left the kitchen and invaded the office.

But perhaps no community embraced this new freedom more than African Americans. And as the miracle of the Harlem Renaissance can attest, Modernism―its philosophy, its art, literature, and music―not only made space for the richness of African American creative expression, it nourished it and in turn fostered its spread through American culture. American Modernism, unlike its mono-cultural European parent, proved to be a richer, spicier stew, especially in cities, and most especially in New York’s Harlem.

Among the movers and shakers of the Harlem Renaissance and its exciting writers, musicians, and artists was a gentleman who was himself not an artist or musician, but an erudite philosopher, art critic, curator, editor of emerging African American literature, and all-around aesthete: Alain Locke. Handsome, elegant in comportment, Locke, through his championing of Modernist artists and writers, is often credited as the Dean of the Harlem Renaissance. Though the reference is one of respect, Locke’s association with the artists and writers of that Renaissance was sometimes a rocky one, particularly when it involved his romantic life.

Though sexual attitudes among the creative denizens of the African American community were freer than in the general white American population, with lesbian entertainers such as Gladys Bentley openly showcasing their sexuality, living as a homosexual male was nevertheless a dicey proposition. At a time when African American men were throwing off the bigoted designation of “boy” and demanding recognition of their manhood, male homosexuality was not always welcomed as a legitimate expression of manliness.

It could be said that Alain Locke threaded this needle. In some respects, he remained in the closet, but the closet door was open: though he never denied his homosexuality, even incorporated it into his persona, he never publicly acknowledged it. Locke’s homosexuality may have been an open secret, but was nevertheless a secret. Afraid of the knock-on-the-door of police seeking homosexual activity, Locke frequently changed the name on his apartment door, using fictitious ones to confuse any unwanted callers.

Nevertheless, Locke’s career was a stellar one. A Phi Beta Kappa graduate of Harvard University in 1907 with degrees in English and philosophy, Locke then attended Oxford to further his studies in English as well as Greek and Latin. He was the first African American awarded a Rhodes Scholarship. In fact, Locke remained the only African American Rhodes Scholar until 1963!

After Oxford, Locke attended the University of Berlin, once again furthering his studies in philosophy.

Returning to the United States, Locke taught English at Howard University, the respected Black college in Washington, DC. After four years there, he enrolled once again at Harvard to earn his PhD in philosophy, earning the degree in 1918.

This prestigious education, and the honors which came with it, made Locke in demand as a thinker and general aesthete among the African American literati. Perhaps the most important moment in Locke’s career, one which would grant him his lasting stature in the Harlem Renaissance, was his invitation in 1925 to guest edit an edition of the Survey Graphic, an influential publication addressing sociological, political, and international issues.

In addition to including essays by noted African American thinkers of the day, Locke wrote the breakthrough essay, “The New Negro,” in which he posited that Modernism was the route for African Americans to throw off their subservience, internalize their sense of equality, and no longer passively accept ill treatment. The essay and the Survey Graphic edition became sensations, leading to expansion of “The New Negro” into a full-fledged book of essays by such outstanding contributors as poets Langston Hughes, Claude McKay, Zora Neale Thurston, and Countee Cullen.

Locke’s reputation as a prominent intellectual was now intact, freeing him to pursue his multiple cultural interests. He fostered Harlem’s writers, artists, and musicians, curated art exhibitions, wrote influential art critiques and philosophy tracts, and continued to teach English and philosophy at Howard University, bringing his unique sophistication to his newly empowered students.

What Locke did not find was permanency in love. He had many affairs (sometimes with the writers he published); suffered as many heartbreaks (these same writers often rebuffed him).
What Alain Locke did find, however, is a place in American cultural history, and for that we are enriched. ▼