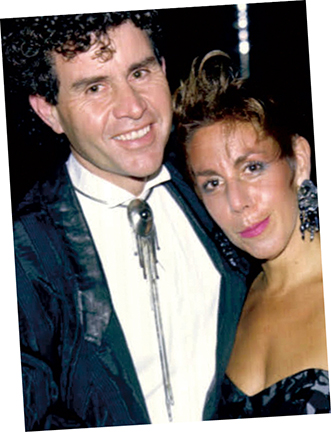 A Line Drawn in the Sand

Hughes declared, “We call ourselves a family resort, but silently watch the vast population of homosexuals flourish within our midst; a population which I feel is antithetical to the term ‘family resort.’”

A year earlier, gay bar impresario Glenn Thompson had launched the Renegade Restaurant and Lounge just past the town’s drawbridge. The Washington Blade described it as “a DC bar plunked down on the outskirts of Rehoboth.” On any summer Saturday night, a thousand and more mostly men crowded onto the wooden dance floor, eyed thinly-clad dancers on the bar, and wandered onto the outside patio.

Two other bars which had traditionally catered to homosexuals—Nomad Village and the Boat House—suffered when this hipper and larger venue opened. Fewer drove a half-hour south across the Indian River Bridge to the Nomad’s secluded back room bar, and the flow of disco-rhythmed gays streaming down Dewey Beach’s Bellview & Bayard streets to the Boathouse ebbed.

The following spring, Memorial Day weekend 1981, Victor Pisapia and Joyce Felton opened the Blue Moon. Before Letters, before CAMP Rehoboth, before the internet, the Moon “instantaneously—became the hub, the spot.” Joyce recalled, “We were like a magnet or a Mecca on a Friday night as folks were coming in.”

Announcements were placed on the bar and Joyce routinely fielded weekday phone calls: “What’s going on?” “Who’s doing what?”

Harassment accompanied visibility. A Blue Moon waiter—beaten twice on the same night—was told by his attackers that they “wanted to kill a faggot.” At the Renegade, four youth rushed into the bar looking for a fight and a hot-rodding teen nearly ran down a security guard. Roving pickup trucks of young men wielding baseball bats along with hate-inspired graffiti artists spray-painting gay-owned businesses became wearisome if not common. “There was a lot more homophobia that we didn’t realize existed,” Pisapia admitted.

There was little support from City Hall. Asked about the reported violence and harassment of homosexuals, Police Chief Harry J. Maichle, Jr., responded, “I’m not aware of it. No one has made any complaints to me.” Wryly, he asked, “How could these young boys even recognize a person who is gay?”

The fear of a changing Rehoboth—flanked by cruisy dunes to the North, a disco complex at its western doorstep, a gay dance club overhanging Rehoboth Bay to its south, and now a bad Moon arising within the heart of the business district—intruded on many an ‘Old Rehoboth’ cocktail party and bridge game.

Admitting that he can “deal better when it’s in the closet,” one realtor whispered to a reporter, “If they find out gays are interested in buying property next door, they do everything they can to either buy the house themselves or find another buyer.” Hughes repeated rumors of shocked townsfolk spotting homosexuals “making out and holding hands.”

Soon after his election, Mayor Hughes summoned Felton and Pisapia to his wood-paneled office overlooking Rehoboth Avenue. The painting Pilgrims, from a William Blake etching of Chaucer’s Canterbury Tales, bore down upon Joyce and Victor.

Hughes, who had been a city commissioner for six years, held out a newspaper article about their restaurant “describing what he called ‘gay food in Rehoboth.’”

At first muted with anger and astonishment, Victor followed, “We don’t have gay swordfish!”

“Are the rolls gays? What does that mean?” Joyce pushed further.

“We are creating an inclusive, welcoming, hip, challenging, awesome restaurant. All are welcome,” Joyce countered.

The meeting was brief but to the point. Hughes “laid the gauntlet down,” recalled Joyce—“a line drawn in the sand.”

During the summer’s mayoral contest, Hughes had promised “not [to] allow harassment of anyone, including homosexuals,” and, at the invitation of Glenn Thompson, had attended a private meeting with a handful of gay business owners. There, he displayed “a number of misconceptions about gays and still does,” Thompson told the Washington Blade. But he predicted that gays “may even be better off” under his administration.

Outrage in the Press

Back in 1964, State Highway Commissioner Harry Bonk publicly revealed “widespread” homosexuality on Rehoboth’s beaches, noting “they congregate like bees in a swarm.“

This earlier generation of community leaders rallied its citizenry against “the deviates who are buying property,” who “cluster in too large numbers” on beaches, and who launch ‘an invasion’ into taprooms on certain days.” This Washingtonian “cult,” Wilmington’s Morning News cautioned, “might shatter the image of Rehoboth as a family resort,” quoting a local who warned, “there’s a lot more around than we know about.”

<the following graph may be cut for space>

That same month and across the bay, Cape May city fathers met at a July secret meeting and “launched an all-out war to drive a growing colony of homosexuals out of town.” The Philadelphia Inquirer reported that it would be “a campaign of prolonged harassment of homosexuals via strict enforcement of various ordinances.”

Then, on the homophobic heels of Anita Bryant, Rehoboth’s newspaper, the Whale, ran a two-part, front page expose, “Gay Life at the Coast,” in July 1978. Perhaps inspired by coverage in the Blade a month earlier, describing Rehoboth as “less of a gay resort than a resort that attracts gays,” Whale news editor Trish Hoggenmiller detailed their “hedonistic lifestyle” and “clout financially.” There were gay residences “resplendent with antiques and fine art—straight from the pages of House Beautiful, and a closet of clothes from Gentleman’s Quarterly.” She also pointed to Rehoboth’s upscale “clothing stores, gift shops, and chic restaurants.”

The reception to this local coverage about homosexuality and their queer presence was mixed. One shop owner admitted, “If it wasn’t for the gays I did business with, I wouldn’t do business,” while a clothier complained about homosexuals searching for pants with small waists, “I had to make a decision whether or not to cater to them, and decided against it.”

Citing “straights who come in to gawk at us as if we were freaks,” Boat House owner Sid Sennebaum reported his “so-called friends look the other way when I’m around.” And a Letter to the Editor complained, “it took me most of a day just to get down to reading it because I was sickened to see your fine newspaper wasting space on such a subject.”

Equally troubling to city leaders during that summer of ’81 was a Washingtonian story, “Greetings from Rehoboth.” Depicting the “singles scene of the shore’s biggest adult playground,” the magazine included photographs of a topless bikinied brunette dancing in the sand and a silhouetted female embracing the surf with the suggestion of an absent bathing suit. The issue quickly sold out from Rehoboth’s newsstands.

Townsfolk penned angry letters to the publisher. “The swinging activities so lasciviously alluded to,” wrote City Commissioner Hughes, that “take place outside the city limits where they are safe from our body of laws, carefully nurtured over the years.” He warned Washingtonians arriving at Rehoboth Beach “are entering a family resort, where property owners run the show—dull as it may be.”

Property owners, represented by a 12-member board of the Rehoboth Homeowners Association, wielded “a power base without parallel in the city’s history,” observed the Whale. In the mid-80s, amidst an ever-growing gay presence, it circulated a popular bumper sticker, “Keep Rehoboth a Family Town,” and would become a formidable adversary in the five-year battle royale against the Strand, a gay night club on Rehoboth Avenue, which opened in 1988.

And, that’s a story for Letters’ October issue. 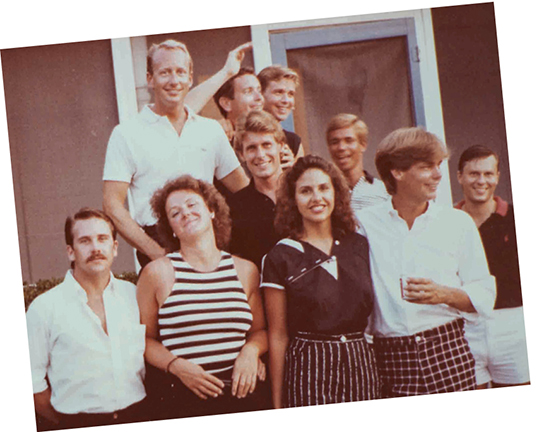 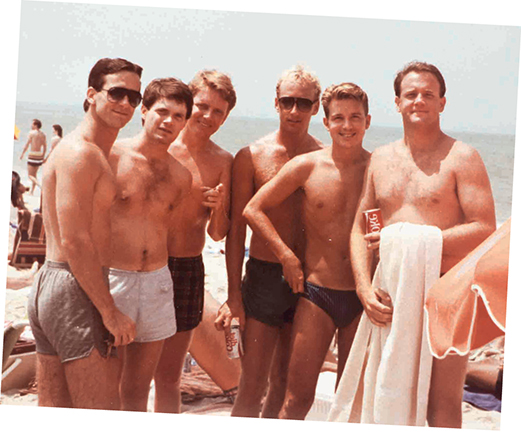 James Sears is the author of many books on LGBTQ history and culture; his forthcoming book is Beyond the Boardwalk: Queering the History of Rehoboth Beach.