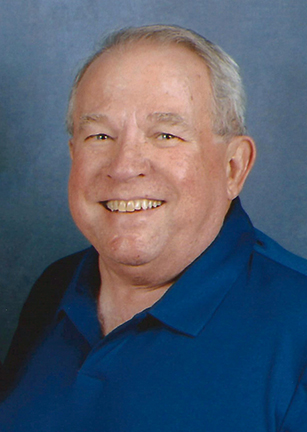 Lee was born in Virginia on January 20, 1947, son of the late Orbin and Dorcas Mills, and was a devoted brother to the late Robert Mills. Lee’s father served as an Army officer, stationed at many bases around the world. Lee had a breadth of world experience during his younger years and as a teenager he was fortunate to visit many of the world’s great museums and art galleries in Europe. Lee graduated with honors from Ripon College in Wisconsin with a B.A. in Art.

He worked as an arts administrator throughout the Washington-Baltimore area during his career. He was director of exhibitions at Maryland Hall in Annapolis, and assistant director of Montpelier Cultural Art Center in Laurel, Maryland. Lee worked with the architects and City of Gaithersburg to develop the Gaithersburg Art Barn.

Lee and his late husband, Donald Gardiner, were together for more than 45 years and married in their beloved Provincetown, Massachusetts. They were active in amateur and professional theatre in the Washington, DC area. One of Lee’s favorite experiences was performing with Donald in the play The Boys in the Band. Lee left his distinctive artistry on many pieces of scenery at the King's Jester Dinner Theatre, Toby’s Dinner Theatre, Montgomery Playhouse, Silver Spring Stage, Annapolis Summer Garden Theatre, and many others. Lee and Donald retired to Rehoboth Beach in 2000 where they owned and operated the Coastal Frameshop and Gallery.

Lee worked in many capacities with the Rehoboth Art League, and was appointed Interim Executive Director of the League in 2015, where he spent time administering the operation of the organization.

As a prodigious working artist, Lee’s collage paintings and found-wood sculptures were shown in galleries up and down the East Coast and as far west as Texas. His work is part of numerous public and private collections. He was represented locally by Gallery 50 in Rehoboth Beach, and was shown as well at the Philip Morton Gallery and the Peninsula Gallery in Lewes. There are plans for an exhibit of his works at the CAMP Rehoboth gallery this fall.

Lee had a wide range of knowledge on many subjects. He was passionate about good food and was known for his culinary skills, including his famed root vegetable casserole and chocolate pot de crème dessert. Family and friends were privileged to enjoy his fabulous meals and were always entertained by his sharp wit and sense of humor. Lee loved writing, and immersed himself in the study of poetry, crafting beautiful poems, and had begun writing a memoir of his life.

A memorial service will be held on Saturday, September 26, at 3 p.m. at the Parsell Funeral Homes & Crematorium, 16961 Kings Highway, Lewes, Delaware, where friends may begin visiting at 1:30 p.m. (doors will not open until this time).

Due to the dangers associated with the spread of COVID-19, all attendees shall wear a mask and maintain social distancing at all times while attending any aspect of the funeral services.