Sussex County Habitat for Humanity is looking for a “few good women” to assist with Women Build 2010. From writing press releases to reading blueprints and from construction to contributions, there is a place for you to help a single mother and her children.

Habitat’s “Hand Up, Not a Hand-Out” philosophy has the future homeowner doing “sweat equity,” working alongside volunteers to make the dream of homeownership a reality. For more, email  info@sussexcountyhabitat.org.

A Delaware chapter of Integrity USA, a non-profit organization of LGBT Episcopalians and their supporters, is in the works. Integrity has been leading the grassroots effort for full inclusion of LGBT persons in the Episcopal Church since it’s founding in 1974. Activities include worship, fellowship, education, communication, outreach and service to the church.

All are invited to an organizational meeting at 10 a.m. February 20th at Christ Episcopal Church, 501 S. State St. in Dover, Delaware.

In the November 20th issue of Letters, we announced that Bruce Pfeufer raised nearly $8,500 at his Halloween Party in support of CAMP Rehoboth. Since then, thanks to Bruce’s matching dollars and his continued fundraising efforts, the total amount raised through the Halloween event is $12,290.

Café Press now features a variety of items sporting the CAMP Rehoboth “House and Heart” rainbow logo and other designs. Order yours today at www.cafepress.com/camprehoboth.

Andy Staton has been named a Fellow in Delaware’s Leadership Development Program. The ten month program is designed to develop informed leaders, advance leadership qualities, and broaden issue understanding among young men and women identified as leaders within their communities. The program is open to all without regard to gender, race, religion, sexual orientation, or political affiliation.

The CAMP Rehoboth Chorus, under the direction of Bill McManus, performed Room for All—their premier concert before a packed house on January 31. The program, narrated by Fay Jacobs, featured chorale classics, and, of course, a variety of show tunes. The 26 member chorus, accompanied by David Zipse, was also joined by guest performers: Steve Elkins, John Hulse, Glen Pruitt, and Eloise Ullman. 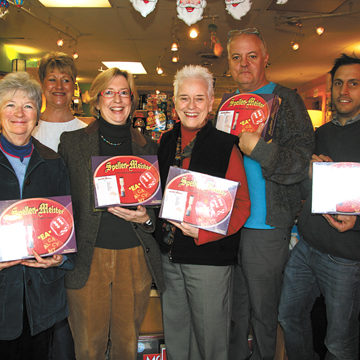 What do you do when you get bored with retirement? Jackie Goff (center) put her love of crossword puzzles to work and designed Spellen-Meister, a fast-paced spelling and vocabulary game for an unlimited number of players. The game became a reality and is available at retailers throughout the area. Jackie is pictured at a “game signing” event at Gidget’s Gadgets in Rehoboth Beach. Stop by and buy one for yourself. 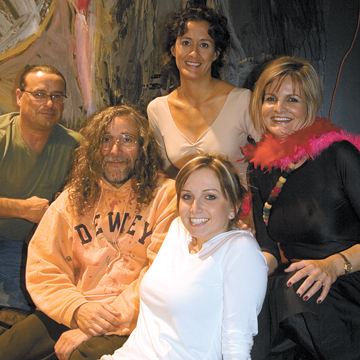 The CAMP Rehoboth Community Center was the venue for Wild Vernissage—a VideOpera composed by Guillermo Silveira and based on the art of Anita Peghini-Raber. The performance, which  also featured dancer Viviana Mathews, percussionist John Mathews, mezzo-soprano Jessica Dyott, and videographer Jon Newsom, raised more than $500 to support the work of the CAMP Rehoboth Community Center. 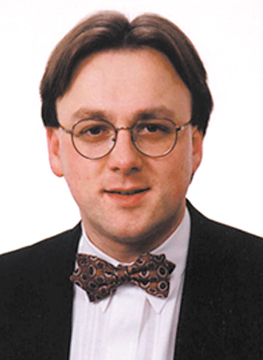 Epworth United Methodist Church is pleased to announce that world-renown organist Stefan Engels will present a dedicatory recital on their new Allen Organ on Friday, March 5 at 7 p.m.

Mr. Engels began his tenure as Professor of Organ in the fall of 2005 at one of Europe’s most prestigious and oldest musical institutions, the Hochschule für Musik und Theater in Leipzig, Germany. Prior to this appointment he was Associate Professor of Organ at Westminster Choir College in Princeton, NJ. He maintains a vigorous international concert schedule and is a sought-after teacher, presenting lectures and master classes across Europe, North America and South Korea. His church positions while living in the U.S. included Organ Scholar at Northwestern University, Associate Organist at Fourth Presbyterian Church in Chicago, and Principal Organist at First Presbyterian Church in West Chester, PA. Mr. Engels has recorded two highly acclaimed Dupré CDs and one with works of Karg-Elert, Reger, Messiaen, and Germani on the Priory label.

Mr. Engels received his broad musical education in Germany and the U.S. He studied organ, piano, harpsichord, conducting and church music at the Musikhochschulen in Aachen, Düsseldorf and Köln. From 1993 until 1998 he pursued further organ studies with Robert Anderson in Dallas and Wolfgang Rübsam in Chicago. Mr. Engels was awarded the “Concerto Gold Medal” at the 1998 Calgary International Organ Competition. He is the founder and Artistic Director of the “European Organ Academy Leipzig” and was recently appointed Artistic Director of the “Jordan International Organ Competition” based at Columbus State University in Columbus, Georgia.

The suggested admission donation is $15 which will benefit the Allen Organ Fund. Epworth Church is located at 19285 Holland Glade Road, off Route One Northbound, near the Tanger Seaside Outlet in Rehoboth Beach, DE. For additional information, contact the Church Office at 302-227-7743. www.epworth-rehoboth.org.

Metropolitan Community Church of Rehoboth is hosting a Mardi Gras dance on Saturday, February 27 at the Virden Center, 700 Pilottown Road in Lewes. The dance will run from 7-11 p.m. Ticket price ($15) includes snack food and beverages. A cash bar will be available. Proceeds benefit the MCC Building Fund.