If My Friends Could See Me Now (they’d be Coming Out of Hiding!)

The DC Cowboys, an internationally acclaimed all-male, high-stepping dance troupe, take the stage at the Rehoboth Beach Theatre of the Arts on Saturday, July 31 for one performance. The event, produced and paid for by CAMP Rehoboth angel Bruce Pfeufer, will showcase the veteran performers from NBC’s America’s Got Talent.

Volunteers on Vacation Brush Up on Their Manners

CAMP Rehoboth’s Volunteer on Vacation program teamed up with volunteers from the Westside New Beginnings Community Center in West Rehoboth to offer a “Manners Matter” class for youth in the area. Special thanks goes to Kit Ryan of KMR Financial Network for sponsoring the event, and Claire Ippoliti for putting it all together. 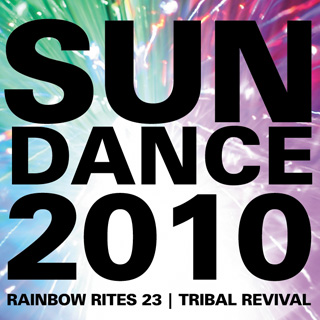 Now in it’s 23rd year, the annual Sundance Benefit in Rehoboth Beach has become “the way” to celebrate the end of the summer season. The two-night event takes place at the Rehoboth Beach Convention Center with an auction—featuring more than 500 items—and a cocktail buffet on Saturday, Sept. 4 from 7-10 p.m. The dance follows on Sunday, Sept. 5 from 8 p.m.-2 a.m. with music by DJ Mark Thomas.

Get Ready for Fun in the Sundance 5K - You Can Run, Walk, Sashay!

We’re less than a month away from the 1st ever “Sundance 5K: Run, Walk or Sashay!” And we know it’s an early morning but one less late night out will be well worth making history as CAMP Rehoboth hosts its very first running event benefit.

In coordination with Seashore Striders, the race will take place on Sunday, August 29th at 7:30 am. Starting and finishing at the CAMP Rehoboth Community Center, the race will follow a scenic course leaving Baltimore Avenue, turning left onto 1st Street and proceeding towards North Shores. A turning point just prior to the entrance to the State Park will bring participants back along the same path.

Refreshments will be provided before and after the race at the Community Center, along with awards to the top finishers in nine age categories. For those creative types, we’ll also award prizes for the best costumes. Have fun with that!

Many have asked us about participating but aren’t quite up to the 3.1 mile preparedness point yet. To those supporters we offer the 1 mile Fun Walk. Plus, it wasn’t a mistake that “Sashay” is in the title either. If you’re so inclined, you’ll have the opportunity to run, walk, or interpret sashay however you please. The important thing is to come out and join us!

We’ve even added a “Sleepwalker” category for those who’d rather not give up their pillow for their sneakers. Simply Register along with the rest of us, and we’ll send you a t-shirt for still supporting the event. We’ve tried to think of every way to get people involved. So what are you waiting for?

Registration may be done online at seashorestriders.com. Until August 21st, Registration is just $20. After that it will be $25. Any questions, contact Chris Beagle at christopherbeagle@hotmail.com, or call CAMP Rehoboth at 302-227-5620.

Rehoboth Beach Police are investigating a series of four assaults which occurred over the last 10 days. In the first three instances, near the south end of the boardwalk, the victims were attacked from behind, forced to the ground, and had their wallets stolen. In each of the assaults, the victims were unable to identify their attackers.

In the fourth attack, which happened on Columbia Avenue, the victim was attacked when he left the screened porch where he was reading and went outside to answer a request for directions from two black men who appeared to be in their late-teens to early-twenties. The suspects hit the man, knocking him to the ground, and stole money and credit cards from his pockets.

There has been discussion within the community as to whether or not these attacks were “gay bashings.” In conversations with the police and with some of the victims, it does not appear that the attackers were motivated in any way by the sexual orientation of the victims.

Rehoboth Beach Police Chief Keith Banks stated that the increased attacks might be the result of increased gang activity in the area which has been widely reported since 2006. The police have increased surveillance—uniformed and undercover—throughout the city and are pursuing several leads in the cases.

The best advice is the same advice one would hear in any metropolitan area. Always be aware of your surroundings, especially at night, and report suspicious activity to the police.

Chief Banks also reiterated the importance of reporting any criminal activity immediately. According to Chief Banks, the failure of victims to report the crimes immediately, makes it more difficult for the invesigating officers to apprehend the suspects. If you are the victim of a crime, or if you witness one, don’t delay in calling the police at 302-227-2577 or calling 9-1-1.