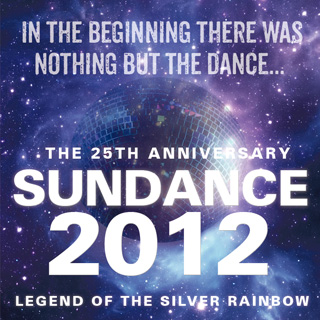 CAMP Rehoboth invites individuals, businesses, and organizations to support the 25th anniversary of its Sundance benefit by helping sponsor the event. Sundance raises much-needed funds for CAMP Rehoboth, which operates a full-service community center; offers a variety of activities, cultural events, service projects, and educational programs; and advocates for a community of inclusion in Rehoboth Beach.

Sundance is a two-night event at the Rehoboth Beach Convention Center Labor Day weekend. It attracts nearly 1,000 participants and is heavily promoted during the height of the tourist season through posters, which list the names of the sponsors. Support levels range from $100 to $2,500. Each level brings an escalating assortment of benefits.

The Sundance event began in 1988, inspired by the need to do something in response to the growing AIDS epidemic and the terrible devastation it was causing. Funds raised by the benefit went toward education and health services in the Rehoboth community. In the 25 years since the first Sundance, the event has raised hundreds of thousands of dollars, first for AIDS and later for the wellness of the entire community.

Sundance 2012 offers individuals, businesses, and organizations the opportunity to show their support for this important cause while increasing their visibility in the affluent Rehoboth community. At the $100 Host level, benefits include listing on the invitation poster (more than 3,000 are distributed and it is displayed in more than 100 establishments), one ticket to both nights of the event ($80 value), and an anniversary t-shirt. At the $500+ Supporter level, benefits include two tickets and t-shirts, listing on the website and on recognition boards at the event, and access to the VIP lounge during the dance. Sponsors ($1,000+) receive four tickets and t-shirts, additional recognition in print and web materials, and access to the VIP lounge during the dance. Details of the support levels and their corresponding benefits can be viewed on the CAMP Rehoboth website.

Sundance 2012 will be held over two nights: Saturday, September 1, 7-10 p.m. is the auction and cocktail buffet, which features an open bar, lavish hors d'oeuvre spread, and silent and live auctions. The silent auction includes hundreds of vacation packages, dining opportunities, pieces of fine art, gift items, and one-of-a-kind experiences. Sunday, September 2, the dance party begins at 8 p.m. with dancing until 2 a.m. Participants can attend either or both nights of the event (tickets are $45 for one night, $80 for both).

“The celebration of Sundance is a celebration of community,” says CAMP Rehoboth Board President Murray Archibald. “We expect this 25th anniversary event to break all our records. It is our hope that everyone who has ever been a part of the Sundance family—as host, or sponsor, or volunteer, or even just as a ticket holder—will find a way back home to share once again in the spirit of Sundance.”

All proceeds from the event benefit CAMP Rehoboth—a 501(c)(3) non-profit corporation—and support the activities and programs it provides to the Rehoboth community.

Sign up to be a Sundance 2012 Sponsor, Supporterl or Host. To discuss sponsorship opportunities, call Steve Elkins at 227-5620. 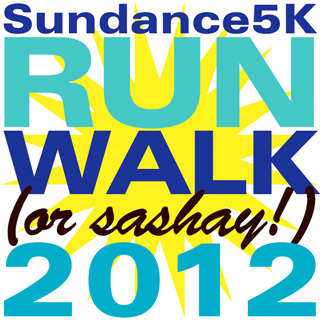 Kickoff Sundance Week With a 5K 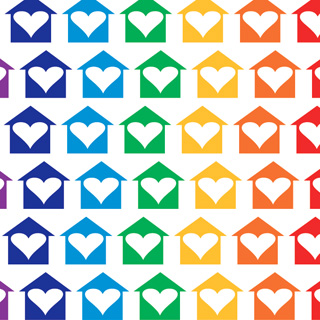 The CAMP Rehoboth Community Center is fortunate to once again be the beneficiary of a Bruce Pfeufer Production. This year’s show, Typhoon Judy, stars the fabulous Christopher Peterson. There’s only one performance at the Rehoboth Convention Center on Saturday, July 28. The doors open at 8 p.m. for the 9 p.m. show. Call 302-227-5620 for tickets.

As a young adult, acupuncturist Sally Laux lost three brothers—two to death, and one to a traumatic brain injury. She then lost a brother to AIDS, and two more to addiction. Her book, Life Out of Order, explores the uniqueness of the sibling relationship in the midst of losing six brothers, one after the other. It is available at Proud Books, Browseabout, Amazon.com, and SallyLaux.com.

Mautner Project Celebrates Tea by the Sea All Around Rehoboth Beach 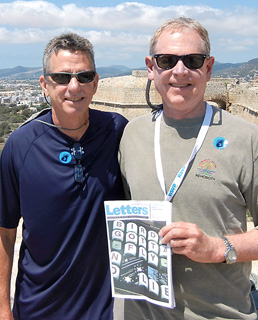 On The Road With Letters from CAMP Rehoboth

Letters enjoyed a vacation in Ibiza, Spain with Ed Brubaker and Mike Gordy while they were on an RSVP Mediterranean cruise. Then it was off to Southampton in time to board the Celebrity Eclipse with Richie Pagnotta, Bill Roeder, Mike Peterson, John Overton, John Sabo, Bill Snow, Gerry Duvall, Gary Colangelo, Chris Fisher, Tom Brown, Kevin Sweeney, Greg Mullen, Bill Wasser, Tim Gauldoni, and Kevin Kaporch on a cruise through the Baltic Sea to St. Petersburg, Russia.