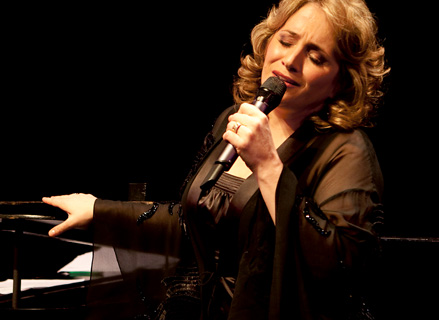 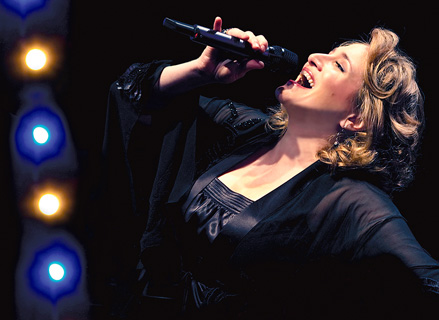 Patricia Racette: From Opera to Broadway and All That Jazz

Soprano Patricia Racette is known as one of the great singing actresses of our time. She has performed in some of the most acclaimed opera houses of the world and appeared with many of the world’s most prestigious orchestras. On Saturday, August 18 at the Cape Henlopen High School Theatre in Lewes, DE, The Prudential Gallo—Touch of Italy Foundation will present An Evening with Patricia Racette. I recently had a conversation with Patricia about her work, her art, and her life as an out lesbian and an opera diva.

Is there one place that you feel particularly connected to or grounded by as an artist?

San Francisco is my “artistic home.” I went through the young artist program there. They invested in me and I in them. It’s a place that’s very special to me.

You realized in college that opera was your calling after hearing Renata Scotto sing Suor Angelica. When you perform now, is there still an artistic connection to that moment?

All the doors flew open for me and I saw what the art form was about. I’ve built upon that and sought experience that would emulate an artist like Renata Scotto. I don’t know if this has been in print or another interview, but at the Opera News Awards when Renata Scotto was one of the recipients in 2007, I was asked to present her with the award. It was very synchronistic because it was about a week and a half after I got the contract with the Metropolitan Opera to sing all three heroines in Il Trittico, which was something she did to great acclaim. I ended up receiving an Opera News Award in 2010 and Renata Scotto presented me with it. It was very serendipitous and meaningful to me—a really special moment.

It’s clear that besides your love of Opera, you still carry a torch for jazz and Broadway standards.

I do. I’ll be doing some cabaret at this concert in Lewes. I just recorded my cabaret album, Diva on Detour. It aptly describes (laughter) my endeavor. It feels like coming home to me.

Artistically, do you find cabaret and opera aesthetically linked?

Yes in that we’re storytellers. Whether it is a three and a half hour opera or a short song, we’re still telling stories. They have a common appeal and pull on a performer.

The New York Times wrote that “the dramatic specificity with which” you “inhabited” a role was striking. You’re also a fan of Judy Garland saying that you are “drawn to the soulful drama that pulsates through her singing.” So, are you an actor who sings or as a singer who acts?

My favorite experience as a performer is to not be aware that I’m singing at all. We don’t sing our way through life expressing ourselves. I want it to feel like a second nature. I’ve said this before, and I got into a teeny little bit of trouble about it, but I said, look if you’re not interested in the words, the meaning and the interpretation—play an instrument. (Laughter) I said that on national radio. But it’s true, with all due respect to any instrumentalist—which takes a great deal of skill and it’s a virtuous endeavor—but if you’re not interested in the words, and you’re just interested in making sounds—well, we do have singers. That’s our life blood.

You are an out lesbian and you married your partner mezzo-soprano Beth Clayton in the summer of 2005. Do you find connections between your sexuality and your art?

Being honest and being who I really am is essential to being the kind of artist that I want to be. And I happen to be a lesbian. That’s how I would characterize that.

So, it’s about your own personal sense of artistic honesty and integrity?

It is, but I think it directly informs what kind of artist you are interpretively. If you’re not truly honest in your art, it doesn’t give you full access to yourself, your uniqueness and full emotional palette.

What is the best way for a layperson to discover the beauty of opera?

Don’t be intimidated by it. It’s so interesting, the work, the art. There is no other art form like it that involves so many other disciplines that have to be at such a high, high level.

Achieving your level of success is rare for any artist regardless of their branch. Is there ever a “I need to pinch myself to make sure I’m not dreaming” moment?

I do have those moments, but they’re fleeting and they happen at very unpredictable moments. It takes such concentration and effort to do what we do, that I don’t sit back and go, “Well look at me” (laughter). But, there are moments when you take a mental snapshot and go, wow. I’m really able to appreciate what’s happened thus far.

Your upcoming performance here in Lewes, Delaware is being billed as an evening of “operatic favorites, jazz, and Broadway standards.” When the curtain closes, what do you ideally hope an audience member takes home with them from the performance?