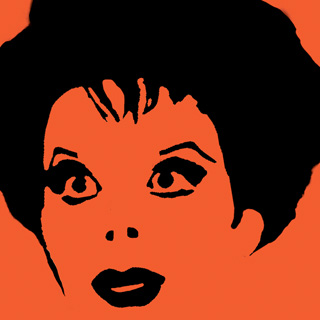 Typhoon Judy Sweeps Into RB for One Night Only

Rehoboth area theatergoers have an amazing experience in store with the upcoming July 28 performance of the play Typhoon Judy starring Christopher Peterson.

The show, produced by Bruce Preufer and Mini-Bear Productions, will be at the Rehoboth Beach Convention Center for one night only, and that’s actually the time period covered in this new play with music about legendary diva Judy Garland.

The show tells of one night in 1965 Hong Kong, when a typhoon is on the way, and Judy herself is a storm to be reckoned with! A scripted play, Christopher plays Judy through more than 20 songs and song snippets, three costume changes, and a whole lot of musical history.

“I’m so happy to be bringing the show to Rehoboth, “says its star Christopher Peterson, “audiences at the beach have seen what I can do with Eyecons, but this is something totally different.”

Now he’s putting the finishing touches on this tour-de-force performance as Judy—arguably one of his most haunting and perfect impersonations.

Tickets for the July 28 performance of Typhoon Judy are available online or by calling 302-227-5620. 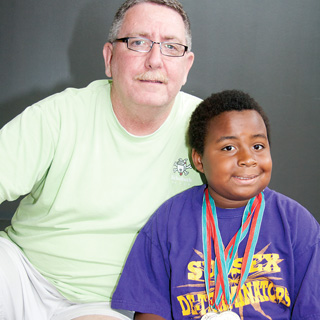 Frank Riley-Spillane “swam” away with two gold and a silver medal at the 2012 Delaware Special Olympics Summer Games. Frank is the son of Keith (pictured) and John Riley-Spillane. 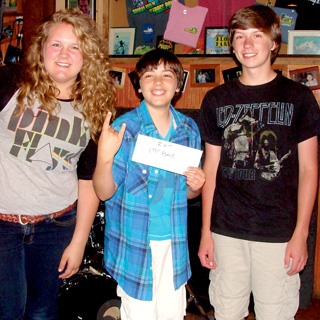 Zoe Collins, Justin Fisher, and Garrett LaCurts, of the band Parental Guidance, were the big winners of the Frogg Pond’s Rehoboth’s Got Talent. 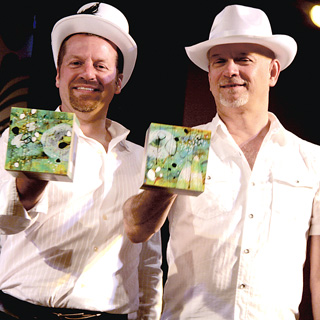 Michael Fetchko and Keith Petrack show off some of the art sold at CAMP Rehoboth’s Black and White Beach Ball. You can find more photos in CAMPshots Galleries 1 and 2. 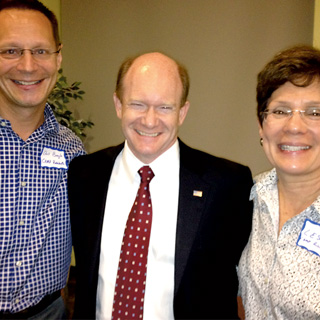 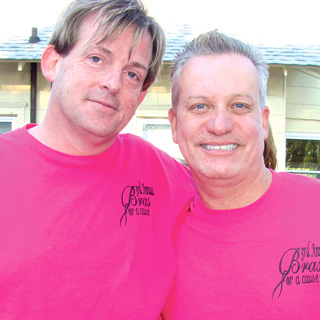 Bras for a Cause is a Triple D-Lite at Aqua

Joe Della Torre, of Fairway Independent Mortgage, and Bill Shields, co-owner of Aqua Grill, were all smiles at the third annual Bras for a Cause on June 6. The event, held at Aqua, raised nearly $40,000 in support of the Delaware Breast Cancer Coalition, and the Sussex County Chapter of the Women’s Council of REALTORS®. The highlight of the benefit was the “parade of models” and the live auction of bras. 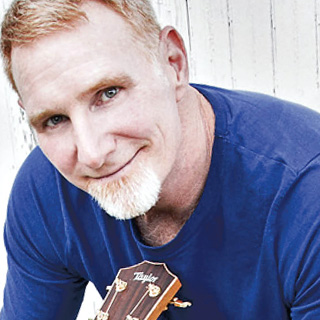 Proud Bookstore will host author Paula Bresnan Gibson and musician Tom Nichols on Saturday, June 23 at 4 p.m.   Paula will discuss her book, Voices from a Chorus, a poignant tapestry of conversations with members and friends of the Gay Men’s Chorus of Washington, D.C.  (GMCW). She will be joined by Tom, a member of GMCW, who will perform songs from his recently-released CD, Trust. 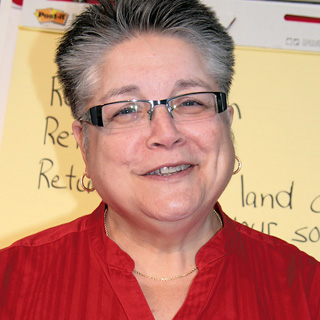 Beth Cohen, religious leader of the Seaside Jewish Community, recently conducted the second in a series of seminars for members of the CAMP Rehoboth Community Center. The workshop, From Age-ing to Sage-ing, explored practices for growing older and becoming sages and spiritual elders. Additional seminars in the CAMP program series will be held in the fall. 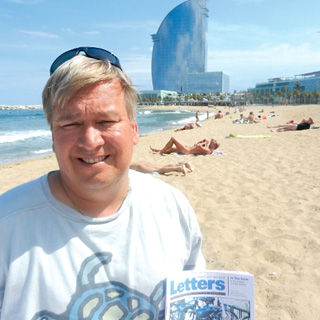 Travels With Letters in Barcelona

Philip Reich is pictured with Letters from CAMP Rehoboth on the beach of St. Sebastian while vacationing with his partner, John Strom, in Barcelona, Spain. Take us along on your next trip.