Circus of the Summer Sundance

Last week, as Steve and I walked home from a friend’s house in the Pines, we took a little detour through the new Garden of the Navigators, built in honor of Rehoboth’s sister city Greve in Chianti, Italy. Being in that little park reminded us both that the memorial marker for our beloved friend John Van Meter was located there and that some of those markers have been moved over the years as new trees were planted. We located his marker and headed back home to Baltimore Avenue.

The next morning I woke up thinking about John Van Meter and Sundance. John was the kind of close friend we should have grown old with—he was a part of our extended family, and always felt like a brother to me. John, like far too many of our friends, died of AIDS in the years before the “cocktail” drugs began to slow its horrific death rate. John was also one of the original hosts of the Sundance benefit back in 1988, and I feel certain that were he alive today, he would still be involved in that event and very proud of the work it has made possible over the years for AIDS organizations and CAMP Rehoboth.

John was not the only one of the original 21 Sundance Hosts to succumb to AIDS. He was joined by Michael Brossett, John Moore, Dick Sewell, and in a roundabout way Tom Poston. To that list we can add countless other Sundance supporters and friends, DJ Eric Cabrera, and our beloved light man Richard Erskine.

None of this information is new. I’ve talked about all of these folks at one time or another in the many years we’ve been publishing Letters. I am, however, constantly amazed at how well I remember and celebrate the lives of these dear friends. All of them are woven into the framework of Sundance; they are the roots that support us, and when we dance at Sundance they are still dancing with us.

This year, as I wrote in the last issue, my nephew Drew will be in town for the event. A Sundance virgin, so to speak, he will be joining the volunteer set-up team at the Convention Center. Back in 2012, he was in town during Women’s FEST and I enlisted his help setting up for the Suzanne Westenhoefer concert at the Convention Center, so the experience will not be an entirely new one for him. That time, we had a little misunderstanding about the number of tickets sold for the evening; we had 600 seats and needed 800! I put him to carrying chairs and threw him into the packed house of disgruntled lesbians. He survived!

I mention Drew here because it is touching to me that a second Archibald generation will be participating in Sundance for the first time. I’m not sure what that really means, but it feels like another milestone to me.

This year will be the 26th time we have danced the Sundance. During that time it has become our traditional way of ending the summer season here in Rehoboth Beach. It is a joyous occasion—a great party—but also a rite of passage: the end of summer, the beginning of the fall season.

This year’s theme is Sundance 2013: Rainbow XXVI – Circus of the Summer Sun. It will be “the greatest show,” if not “on earth,” then at least in Rehoboth Beach this Labor Day weekend. “Under the big top” of Sundance 2013, we will, as J.Lo sings, “dance, and love, and dance again.” Part of what makes Sundance special, is the chance to see the community coming together to celebrate the great love we have for one another, and this place we call home.

I’ve said it many times over the years, resort communities are crossroads; places where we can touch the lives of people from all over the world. Here in Rehoboth Beach, we are especially connected to the cities of the east coast, and many people from those cities claim Rehoboth as home in one way or another (summer visitors, seasonal beach house renters, second home owners—many who dream of retiring here). We celebrate all those connections at Sundance!

Sundance would not happen without the generous love and support of our many volunteers, Sponsors, Supporters, Hosts, and auction donors. It is a labor of love, and I am always blown away by the willingness of folks to give and give and give some more. Be it time, talent, or financial support, we are blessed by an amazing community.

The full listing of Sundance Sponsors, Supporters and Hosts can be found on the CAMP Rehoboth website and in this issue of Letters. In the issue following this one, we will add to that list the hundreds of volunteers and auction donors who participated in the event. To all of them our heartfelt thanks!

Each of those supporters has a Sundance story to tell. Some have been a part of Sundance from the beginning. Others, like my nephew, are dancing the Sundance for the very first time. For some, Sundance is a very personal event and represents life changing relationships and events and memories, for others it is just a great party.

I’m not sure how it happened that we have managed to throw this party for 26 years, but Steve and I are always deeply moved by the support it receives. Whether a donor, a volunteer, or just a guest, we hope to see everyone on the dance floor (and at the auction) for Sundance 2013.

To quote another favorite diva: “Oh! Wanna dance with somebody…”

See you at Sundance! 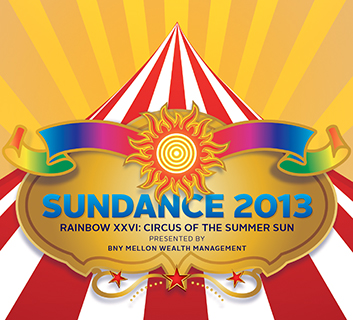 Labor Day Weekend in Rehoboth Beach — a benefit for the CAMP Rehoboth Community Center.
Sundance 2013 is a two night event at the Rehoboth Beach Convention Center, 229 Rehoboth Avenue
Saturday, August 31 — The Sundance Auction and Cocktail Buffet by Matt Haley’s Plate Catering, with Desserts by Touch of Italy. Open Bar, Silent and Live Auction, 7-10 p.m. Auctioneer: Lorne Crawford
Sunday, September 1 — The Sundance — the party begins at 8 p.m. with dancing until 2 a.m. Open Bar all night.
Music: Mark Thomas; Lights: Paul Turner
Sundance 2013 tickets are $80 for both events or $45 for one event, available in advance on our website at camp-rehoboth.com, and at CAMP Rehoboth 302-227-5620. Cash, check, American Express, Visa, MasterCard, and Discover accepted.

From ticket sales to decorations and setup and much more, Sundance relies on the efforts of hundreds of volunteers. To sign up to be a volunteer for Sundance 2013, contact Mickie McManamon in the CAMP Rehoboth office (302-227-5620) or one of the Sundance Team Captains.
‹ August 23, 2013 - In Brief up August 23, 2013 - Sundance News and Notes ›