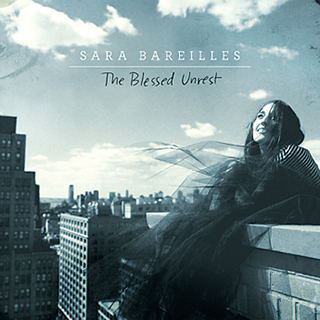 Maybe you didn’t ask for it, but Sara Bareilles wrote you a love song anyway. Actually, she wrote you many love songs. With her third disc, the pop pianist is giving the gays their wedding theme: “I Choose You,” an undeniably irresistible ditty—cello included for added romanticism—that’s a sweet ode to love, the good and the bad. And her boy-chasing gets the best of her on pretty ballad “1,000 Times.” But besides the safe first single, the LGBT-inspired anthem “Brave,” Bareilles shakes up her tried-and-true formula heard on past hits “Love Song” and “King of Anything” for more uncharted territory. “Eden” stands out most as an exhilarating turn and a definite highlight in the mix; the track borrows from Prince and then reaches a chorus that flicks with glistening near-dance synths while her heart breaks all over it: “No way to make the pain play fair,” she sings. “It doesn’t disappear just because you say it isn’t there.” She gets in musical mode for “Little Black Dress,” a celebration of singlehood. While Bareilles stories the ups and downs of relationships, presumably her own, she also dedicates a song—the moving “Satellite Call”—to “the lonely child.” If you ever wondered what Sarah McLachlan sounded like singing over a Sigur Rós track, wonder no more. Grade: B+ 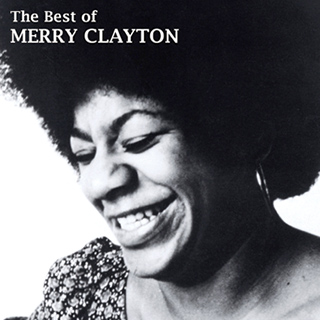 Give it up for 20 Feet from Stardom, the wonderful documentary that’s finally spotlighting voices too big to just be backup. Because of it, Merry Clayton is, at last, basking in the limelight. Sony Legacy’s The Best of Merry Clayton puts the diva front and center for her pivotal moment on The Rolling Stone’s riveting wake-up call “Gimme Shelter”—but now the track is all hers, and the woman who can sing circles around most owns more than just the famed “rape, murder—it’s just a shot away” bit. Songs from her only solo effort, the one that was supposed to make her a star (and should have), get a second life on this triumphant collection: She tears into Neil Young’s “Southern Man,” goes soft and sweet on the Carole King contribution “After All This Time” and croons “Country Road” with a raw realness that defines the essence of this soul queen. She takes “The Mighty Quinn” to church, turning the Dylan ditty into a gospel rouser. Her belty “Bridge Over Troubled Water” is felt deep, deep down. And then, somehow, it gets even better: “Suspicious Minds” is a stirring version of the Elvis classic that comes to an emotional break that gets you in the heart. Those 20 feet? You won’t find them on any song here. Grade: A

Laura Marling, Once I Was an Eagle

Folk has been reincarnated so many times—and in so many ways—it’s hard to recall what it used to sound like. With 23-year-old Laura Marling’s fourth album, now we know. The British import’s LP—which she completely owns no matter how closely she resembles Joni Mitchell and Fiona Apple—is a stunning throwback to the collective power of just a guitar, a voice and little else. Every song reminds you of that.