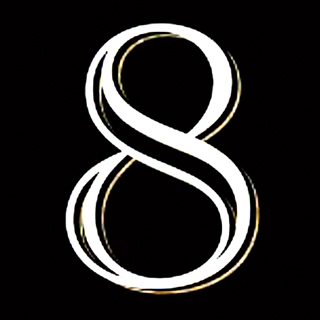 Equality Delaware, with license from the American Foundation for Equal Rights (AFER) and Broadway Impact, is proud to announce a one-night-only, April 6, reading of 8, a play chronicling the historic trial challenging California’s Proposition 8, which stripped gay and lesbian Californians of the fundamental freedom to marry.

The show is written by Academy Award-winning screenwriter and AFER Founding Board Member Dustin Lance Black. The show is particularly timely now, with the case coming before the Supreme Court March 26 with a decision expected this summer.

The one-night only performance on Saturday night April 6, directed by Fay Jacobs, features 21 characters from the actual trial and will include professional actors,  attorneys, and well-known local residents.

Black, who penned the Academy Award-winning feature film Milk and the film J. Edgar, based 8 on the actual words of the trial transcripts, first-hand observations of the courtroom drama and interviews with the plaintiffs and their families.

8 had its much-heralded Broadway world premiere in 2011, at the sold-out Eugene O’Neill Theatre in New York City. The production brought in over $1 million to support AFER’s efforts. Proceeds from the Rehoboth Beach production will benefit Equality Delaware in its fight for marriage equality in the state.

“People need to witness what happened in the Proposition 8 trial, if for no other reason than to see inequality and discrimination unequivocally rejected in a court of law where truth and facts matter,” said AFER Founding Board Member Dustin Lance Black. “The goal of 8 is to show the world that marriage equality is a basic constitutional right.”

“I am thrilled to have been asked to put this production together,” says director Fay Jacobs. “Not only is it a topic of incredible relevance and importance right now, but the play itself is actually somewhat humorous, very endearing, often infuriating, and ultimately a really satisfying drama.”

Tickets for the April 6 production are $25 and can be purchased through Equality Delaware or at the door on the night of the production. Don’t miss this stunning evening of theatre for a remarkably important cause.

If you missed the CAMP Rehoboth Chorus concert, Broadway Our Way, you’re in luck. The Chorus will present an encore performance of their engaging and highly entertaining 2013 show on Sunday, April 7, 3 p.m. at the Possum Point Playhouse, 441 Old Laurel Road, Georgetown.

Once again, the Chorus will take the audience on a rousing musical romp through the “Golden Age of Broadway” showcasing songs from Oklahoma!, Carousel, West Side Story, My Fair Lady and more. Led by music director Doug Yetter and accompanist David Zipse, the Chorus will be joined on stage by acclaimed soloists Mary Beth Adair and Alex Helsabeck, and a talented trio of musicians, including  Dave Schiff on clarinet and saxophone, Bruce Chappelle on bass, and Mike McShane on drums.

Tickets for Broadway Our Way are $20 and are available online  or by calling CAMP Rehoboth at 302-227-5620. Tickets for the February performance were sold out in advance with many in the audience planning to see the show again in Georgetown. Don’t be left out in the cold this time! Order tickets to see the 2013 CAMP Rehoboth Chorus now!

Join us at the Atlantic Sands for the 2013 Women’s FEST kick-off!

Women’s FEST kicks off with a Retro Disco Dance at the Atlantic Sands on Thursday night April 11. Our own Viki Dee will perform, with this free event designed to open the FEST with energy and pizzazz!

From 7-10 p.m., the Sands Ballroom will be likin’ the nightlife with retro tunes, cash bar and a complimentary photo booth by FEST Sponsor Fortier Photography. Come dressed for disco, or come casual and comfy, to welcome visitors to the town and celebrate our homegrown Women’s FEST. It’s getting a grand reputation up and down the East Coast and this FEST kick-off is going to be a perfect night—in fact, it may just be raining WO-men!

And of course, everyone’s welcome— men, women, gay and straight! Come dance to Viki Dee’s amazing repertoire and make the rafters rock with that disco beat. Want to have some fun? Come dressed as the Village People, wear your disco boots or come up with a creative 70s look. Photo opportunities will abound!

See you at the Atlantic Sands on Thursday, April 11, 7-10 p.m. No tickets necessary, just show up for a grand time. Let’s show everyone how our women’s community rocks and rolls!

On the Road With Letters from CAMP

Bonjour mon amis! The Valentine’s Day issue of Letters from CAMP Rehoboth arrived just in time for Jackie Sullivan and Sharon Padbury to carry it along on their romantic get-a-way to Paris, the City of Light.

Tiger Lili, located in Tanger Bayside Outlets, invites you to its annual Fashion Show—a benefit for CAMP Rehoboth—on Sunday, March 24 at 2 p.m. Tickets ($5) are available at the store.

The group will celebrate its first anniversary with a St. Patrick’s dinner on  Saturday, March 16, 6 p.m., at Finbar’s.

Rigby’s will sponsor an Easter Bonnet Brunch on Saturday, March 30, from 11 a.m-2 p.m. All men are encouraged to design and model an Easter bonnet.  Rigby’s will select the best creation, and award “dinner for two" as first prize.

The White Star liner Titanic was the largest ship in the world when she was commissioned in April 1912. One hundred years later her fateful maiden voyage is still a fascinating story. Presented by Dr. William Flayhart, this lecture on April 24 at the CAMP Rehoboth Community Ceter is free. Doors open at 6:30 p.m.; lecture at 7 p.m.