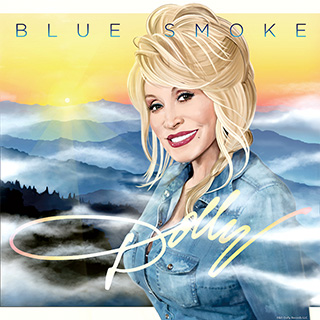 A song off Dolly Parton’s 42nd studio album, “Lover du Jour,” is as hilariously cheesy as some of the legend’s own quips. On it, she warns, “I am not for your amusement.” Except, well, she kind of is—and, for over 50 years, she has been. The campy kiss off to a no-good “lover boy” has Dolly’s tongue firmly planted in her cheek as she dishes some feisty innuendo and speaks really, really bad French. Those who will always love her, however, don’t just admire that she’s never taken herself too seriously—they love her because she’s got a heart of gold. No song on Blue Smoke models that better than “You Can’t Make Old Friends,” where Dolly reunites with Kenny Rogers. You can’t fake a connection like theirs, and having them together again (they first collaborated on “Islands in the Stream” in 1983) is a lovely way of celebrating their enduring friendship. Moving, bittersweet, and beautifully sung, “You Can’t Make Old Friends,” which really should earn the singer-songwriter her ninth Grammy, has the timelessness of a Parton classic. “From Here to the Moon and Back,” with Kris Kristofferson, is equally as tender, even magical. Blue Smoke, rooted in bluegrass, is a lot like watching Dolly play dress-up. She’s a storyteller covering the classic murder ballad “Banks of the Ohio,” a self-help guru on “Try” and, on “Home,” she’s herself, singing about childhood memories over a pop-country wallop. Stylistically, Blue Smoke isn’t consistent, but it is consistently Dolly—and who’s gonna mind that? Grade: B 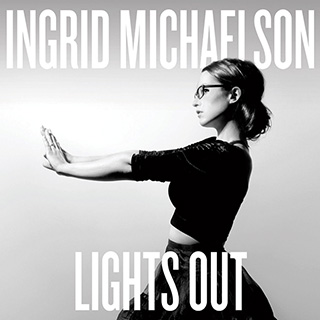 Reveling for too long in her success as a Starbucks go-to tapped for emotional TV dramas, maybe Ingrid Michaelson felt as stagnant as it seemed she’d become. The indie-pop artist’s sixth album, Lights Out, boldly takes a giant leap forward with a radical sound switch-up indicative of a musician looking to be more than the soundtrack to Grey’s Anatomy and your coffeehouse visits (genre buddy Sara Bareilles also surprisingly nabbed a coveted Album of the Year Grammy nomination last year, so that likely played a role in Michaelson’s shift). “Girls Chase Boys” isn’t just an adorable ditty with one of the most instantly infectious melodies this year. It answers, quite simply, why who you love shouldn’t be a political debate: “Let’s not make it harder than it has to be / It’s all the same thing / Girls chase boys chase girls.” “Over You,” with A Great Big World, swells into a big “Say Something”-esque ballad, and “Everyone Is Gonna Love Me Now” contemplates a farewell—maybe running away, maybe suicide—only to gain absent adoration. And though love in its many forms is commonplace on Lights Out, Michaelson also confronts identity, doubt and finding your place. After its whimsical lead-in, Michaelson’s voice whispering in your ear, “Home” swells into an atmospheric catharsis, eventually bursting at the seams with its choral orchestration. It sounds wonderful. It sounds right. It sounds like Ingrid Michaelson’s where she belongs. Grade: B

Boy George, This Is What I Do

On Boy George’s first album in two decades, the pop icon says his sparkle’s back. If he’s referring to his mid-’80s Culture Club sparkle, well, its luster isn’t as radiant, but that doesn’t mean he’s not glistening under those stage lights. Despite the 52-year-old’s voice dropping to that of a husky daddy, he stills commands on “It’s Easy,” a dreamy heartbreaker, and on the soul-searching “King of Everything.” Otherwise, though, his long-awaited return, which ends with a blur of reggae tracks and two covers (“Make You Feel My Love” and “Video Games”) is uneven, unfocused and mostly uninteresting.

Shakira tames the beast she unleashed on her last English-language album five years ago, She Wolf, sinking her teeth into something less dance-focused for this self-titled release. The Colombian pop star’s first album for RCA is a too-broad stew of musical endeavors, trying on a variety of styles with a variety of collaborators: she goes reggae-rock with Rihanna on “Can’t Remember to Forget You,” gives pop standout “The One Thing” a rootsy guitar sound and somehow pulls off a duet with country’s Blake Shelton on “Medicine.” It’s adequate, and sometimes quite good, but you’ll wish the wolf would come out and play.