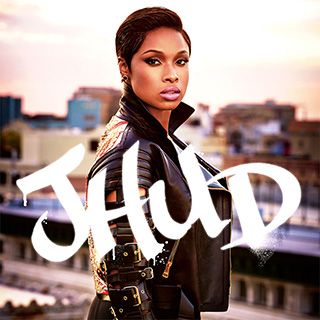 Jennifer Hudson has never needed the post-studio polish her contemporaries depend on. Hudson proved she had the pipes on American Idol, and then later, as Effie in Dreamgirls, she triumphantly tore into “And I Am Telling You I’m Not Going.” (Stop and think: Can you name a single one of her peers capable of covering that behemoth? Ariana Grande lacks soul. Adele, maybe.) Yet, even with Hudson’s rip-roaring voice— one that, had it been around in the ’90s, would have had Whitney and Mariah shaking at the knees—producers are at a loss when it comes to finding Jennifer a place in the pop pantheon. Unfortunately, JHUD isn’t an exception. Even though she’s riding the return of the ’70s-disco wave, a major shift from the R&B/hip-hop sound of her eponymous debut and its 2011 follow-up, it’s hard imagining any of these momentarily-satisfying songs carrying a legacy. That’s not to say the sassy “He Ain’t Goin’ Nowhere” (featuring Iggy Azalea) or the Daft Punk-y “It’s Your World” with R. Kelly are bad—they’re just not good enough for Hudson. That Hudson is far more talented than the otherwise mediocre JHUD is clearest on “Moan,” a powerful tear-jerking gospel tribute to her late mother, who was murdered in 2008. With the disco lights turned down, and with total disregard to trends, it’s just Jennifer’s heart pouring out through her. It’s the best thing on the album—actually, one of the best things of her career. Should Hudson go straight-up soul next time around, we’d be totally fine with that, right? Grade: C+

Country artists are really good at making you feel bad about “the now.” Whether it’s Miranda Lambert returning to her childhood house or The Judds asking gramps to share stories of yesteryear, these people love nostalgia. No surprise, then, that “Meanwhile Back at Mama’s,” a charming duet with wife Faith Hill, is another hit for Tim McGraw. That it’s musically reminiscent of the Music Row superstar’s traditional pre-pop, no-Nelly origins isn’t only refreshingly rootsy—it really brings its message of “simple things” home. As far as these sentiments go, it’s business as usual. But McGraw also knows the up-and-coming competition is nipping at his heels, so with “Keep On Truckin’”—thankfully not just another ditty about a dude and his Chevy—the veteran uses the apt idiom for a ridiculous-but-irresistible burst of dancey pop-country (these are actual lyrics and I’m not kidding you: “So your flop don’t flip, ’cause your hop don’t hip”). Equally as absurd is “Portland, Maine,” a sweet-but-naive guitar ballad that’s out of touch with the fact that you can no longer say “I don’t know where that is” in 2014. There’s this thing called GPS. Still, as laughable as some of Sundown Heaven Town is, McGraw makes every effort to sustain a career in the ever-changing country culture. Because even without Google Maps, he has a pretty good idea of not just where he’s at but where he’s going. Grade: B-

Mike Hadreas’ delicate outpourings from his first two LPs were misinterpreted as feeble, something the singer himself observed from web babble. But no one can make that claim of his bold and beautiful junior release. “No family’s safe when I sashay,” the Seattle pianist (better known as Perfume Genius) swaggers on “Queen,” a fiercely gay anthem that grunts, sparkles and browbeats everything in its path. A nonconformist opus drawing from a throng of musical influences, Too Bright is the epitome of an artist in full bloom.

With the evocative female-fronted electro sounds of Lorde, CHVRCHES, and Banks redefining the zeitgeist, New Zealand’s brother-sister duo Broods couldn’t have dropped their debut at a better time. Standouts are the somber, drum-driven “Mother & Father” and the wistful heartbreaker “Killing You,” but Georgia and Caleb Nott’s handsome indie-pop is sleek and mesmerizing throughout. For once: a sad dream you won’t want to wake up from.